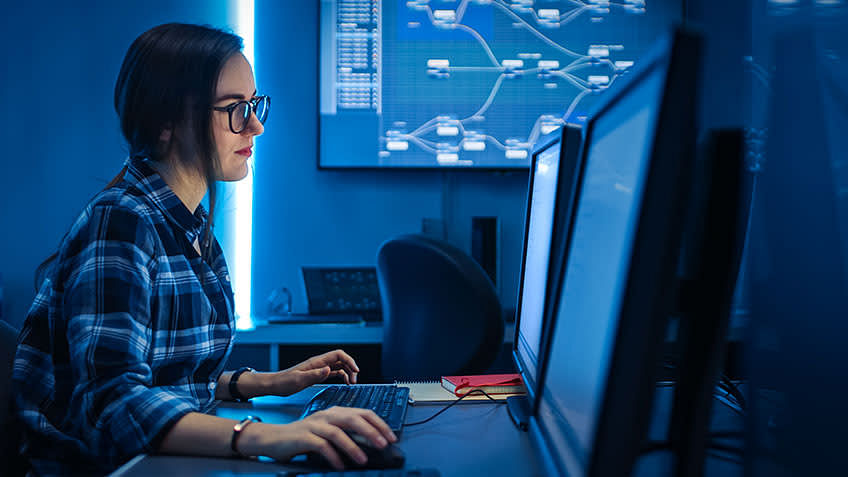 Today’s website and application developers need the best tools available. The digital world keeps growing, bringing a greater demand for new websites, applications, and software. Developers and programmers must produce more usable web content and resources that become more manageable when they have the right tools.

What is React and Why Should I Care?

React developers, in turn, use ReactJS to design and launch user-friendly features in websites and applications. They are alternately known as front end developers — specialists who focus on everything users see and interact with on their applications and web browsers. If you like the look or interface of your software, thank a front-end developer.

What are React Developer Tools?

Many React developer tools work as extensions on browsers such as Chrome or Firefox.

Why are React Developer Tools Required?

Perhaps “required” is too strong a word. Theoretically, developers aren’t required to use React developer tools, per se. The only developers who want to create better code and do it faster should use React tools. That goes for full-stack developers too!

So yes, we’re making a case for developers to use React tools. Here is why they are a necessary part of any DevOps project.

In summary, React developer tools are a valuable part of any developer’s toolkit since they let developers see how changing one component will affect the rest of the components. React’s benefits become even more evident during the software testing stage since the tools can spot problems and let developers clean them up before the final testing.

How to Use React Developer Tools

Let’s look at how to use React developer tools in your Firefox or Chrome browser.

For starters, you need to download the React developer. You can find the extensions/add-ons here for Firefox and here for Chrome. Download and install them onto your system’s browser.

Once you have installed the download, you will notice a new tab called “React” in your Chrome DevTools. If you click on this tab, you get a list of root React components rendered on the page in addition to the subcomponents each root renders. You can quickly open React Devtools by right-clicking the page in question and selecting the “inspect” option.

If you select a Component in this tab, you can use the right-hand panel to view and edit its props and state. Also, the breadcrumbs function at the bottom lets you inspect the selected Component, the Component’s creator, the Component that created the creator, and so on.

If you want more detailed information on using React developer tools, check out this React tutorial.

There is an excellent selection of React developer tools to choose from, so let’s explore the top dozen tools that every developer should know in 2021. All of these tools are open source.

Do You Want React Certification?

If all this talk about the awesomeness of React developer tools has inspired you to learn React, then Simplilearn has exactly what you’re looking for. The React.js training course teaches and certifies you in React’s basic operations.

The course’s main objective is to help you become familiar with React’s processes and gain the skills needed to become a professional React developer. You will learn React fundamentals via self-paced and instructor-led training, thereby gaining the understanding and know-how for building React components and structure applications with Redux.

According to Ziprecruiter, React developers can earn an average salary of USD 108,175, with an upper range of USD 163,000. Payscale points out that React developers in India can make an annual average of ₹717,764.

React has been named one of the top ten in-demand web development frameworks for 2021. So if you’re looking for a career that offers not only great rewards but also job security, consider becoming a React developer. And check out Simplilearn’s online courses and bootcamps to help you make your React dreams a reality!