HomeResourcesSoftware DevelopmentLearn What is Reactjs Slider Component & How to Use It

Learn What is Reactjs Slider Component & How to Use It 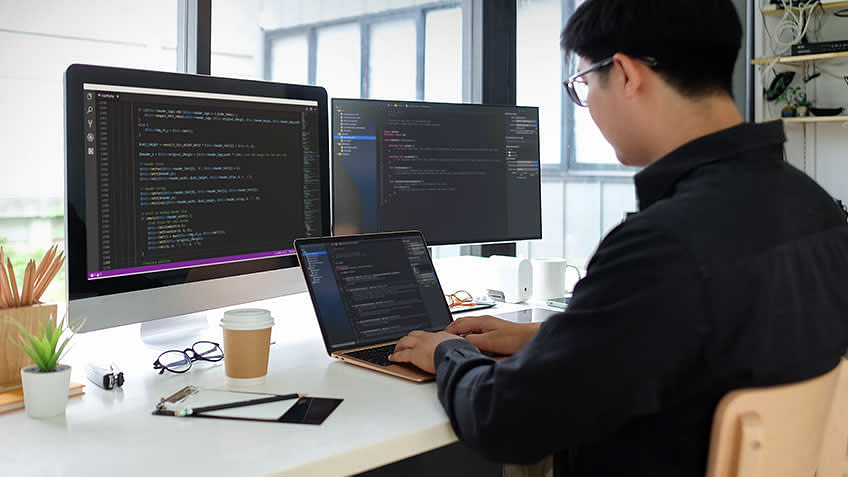 The ReactJS Slider component represents a versatile Slider that allows the user to choose from a range of values by moving their thumb along a track. The widget's look is totally customizable, and it includes features such as mouse wheel and keyboard support, smooth or step-based sliders, and range slider support.

On the web and in mobile apps, the slider is one of the most common UI elements. It's used to choose a number or a range of values, and it improves the user experience by showing the data associated with the slider.

Technologies we will be using for this project:

React-slider is a tiny, CSS-agnostic component that allows us to create bespoke slider components for React apps. To create a headless UI for our application, it employs the render props technique.

Make a file called Slider.js to represent our component. We'll need to return each card from our future data, which we may do with the.map() function.

We need to use both the backticks and the $ in order to dynamically refer back to our resources.

process.env.PUBLIC URL, which will be replaced by the URL of our app when we build it. We'll need to add a div containing the img to the css.

We must add a key, which is a reference to dataSlider and its many ids, to correct the problem that appears in the console; we may also use the useful "uuid" tool to do so.

The various photos are now present; we simply cannot see them. To fix this, double-click the slider and add a component.

Create a new file called BtnSlider.js that will contain the buttons we'll need to switch between images.

Import the arrows to the left and right. Then, with a classname, make a basic button that contains the image.

To alter the style of our button, we'll construct some state and feed it through the props.

Add a var to your Slider.js file so we can use the state.

Create the nextSlide and previousSlide functions, which will be empty for now.

Then, using the prop moveSlide, feed it to our component BtnSlider. We must also include the following information:

Return to our BtnSlider component and remove the props from it. We can check it in the console using a console log.

Then, to activate the moveSlide from our props, add an onClick and change the classname of the button to the direction.

The arrows do emerge now, as we can see. However, they're both the right arrow, which isn't what we want. As a result, we must update the image's source, with the following condition:

This is how our complete BtnSlider.js should look:

Back to Your Slider

It's now time to alter the classname of the div that displays our photos. Substitute the following code for "slide":

Since the index begins at 0, we must add +1 each time. The css condition is active-anim, which sets the opacity to 1.

Create Logic of the Slider

Let's start by constructing the logic of our functions.

If slideIndex is less than 5, the first condition is met, and the next image is displayed.

The second condition checks if we've reached the end of our array, and if we have, the picture will be reset to the first.

Add the Dots at the Bottom of the Slider

To use the.map() function, we'll make an empty array with a length of 5.

However, we do want a dynamic classname, similar to what we achieved with our arrows.

Last but not least, it should be possible to click on it and have the image changed.

As a result, we must include this function, which will direct the user to the relevant image.

Now, make sure we use an anonymous function for the onClick; otherwise, the moveDot method will be called when the component is built, which is when the page is loaded, and this is not what we want!

Here's how your Slider.js file appears in its entirety:

Creating a Simple Slider in React

Create a file named slider.js in the root folder and add the following code to start developing a slider in React with the react-slider component:

It’s completely optional for us to style the slider with the help of cascading style sheet.

Creating a Vertical Slider in React

The react-slider component can also be used to create a vertical slider. Vertical sliders are frequently used to demonstrate progress.

Like horizontal sliders, vertical sliders feature three parts: a step, a slider, and a form.

To render each of the five steps, create a step.js file and add the following code. We have five steps in the design. As a result, we must provide a steps array with values.

The currentIndex properties are passed from the parent component here. It stores the value of the slider's presently active element. If the second mark is active, for example, currentIndex is 1.

Add the following code to Slider/index.js in the root folder to create a vertical slider:

Now, again as per our choice, we can style the above slider.

We can create a form with a progress slider in specific instances, such as creating digital work instructions. Each level comprises a set of inputs that the user must complete, and the progress slider displays the user's progress.

Create Form/index.js and add the following code to begin generating a form:

Another approach to using a slider form is to create a multilayer form in an application.

We must utilize styling for horizontal components because the multilevel form employs a horizontal slider. We have marks, min, max, and value props, just as the vertical slider. We don't need a track because this is form-based.

Let's use react-slider and our own stylized components to create a tiered form. On multilevel forms, there are two main components: navigation steps and form elements.

In the component state, we must handle the current index and render the form element based on that index.

The Next and Back buttons on the form save the form data in the component state.

There are more alternatives to employ when creating a slider with React. The following is a quick rundown of each, as well as its advantages and limitations.

Ant Design, a UI design language and React UI framework, is also quite popular, but it suffers from the same issue of a larger bundle size (2.2Mb minified), which might cause issues when constructing sliders.

The slider is a typical React UI element that displays a range of values, allowing users to rapidly select from a variety of possibilities. While there are other libraries and frameworks for creating a slider, the react-slider component offers customizability, a compact bundle size for optimal performance, and a developer-friendly interface. It's also worth noting that if our product or organization currently uses a framework or library like Ant Design, Bootstrap, or Material UI, using slider components from those frameworks is easier.

If you are interested in learning more about ReactJS and other related concepts, you can enroll in Simplilearn’s exclusive Full Stack Web Development Certification Course and accelerate your career as a software developer. The program comprises a variety of software development courses, ranging from the fundamentals to advanced topics.