How to Become a Data Science Professional With Purdue University

Star Schema vs Snowflake Schema: Key Differences Between The Two 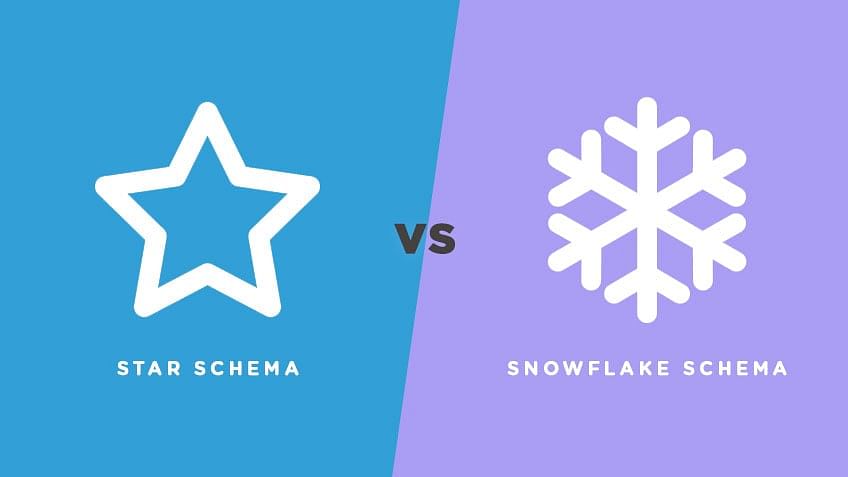 Individuals and organizations continuously produce data. In most cases, we wish to save generated data so that we may access it later. All aspects of data storage, including speed, cost, dependability, security, etc., should be practical. For this reason, various methods of data storage exist. The most widely used method is a data store.

There are various methods and guidelines for how a data warehouse should be designed, what kind of architecture to utilize, etc. The kind of schema is one of the factors the data warehouse designer should take into account.

In this article, we will delve into the star schema and snowflake schema and explore the key differences between the two, including their underlying properties and characteristics, benefits, and use cases. By the end of this article, you should have a good understanding of the pros and cons of each schema with examples and be able to make an informed decision about which one is best suited for your data warehousing needs.

What Is a Snowflake Schema?

The snowflake schema is characterized by a normalized data structure, with data divided into smaller, more specialized tables that are related to each other through foreign keys.

These are its main characteristics:

Now that we have a basic understanding of the snowflake schema, let's dive into the specifics of the star schema and explore what sets it apart from other data organization techniques.

What Is a Star Schema?

The star schema is the most straightforward method for arranging data in the data warehouse. Any or even more Fact Tables that index a number of Dimension Tables may be present in the star schema's central area. Dimensions Keys, Values, and Attributes are found in Dimension Tables, which are used to define Dimensions.

The star schema's objective is to distinguish between the descriptive or "DIMENSIONAL" data and the numerical "FACT" data that pertains to a business.

The information displayed in a numerical format, such as cost, speed, weight, and quantity, might be considered fact data. Along with numbers, dimensional data can also contain non-numerical elements like colors, places, names of salespeople and employees, etc.

The star schema is characterized by a denormalized data structure, with all data related to a particular subject stored in a single large table and connected to smaller, dimensional tables through a single join.

These are some of the main characteristics of the star schema:

With a foundational understanding of the snowflake and star schema under our belts, it's time to explore the key differences between the two.

With this in mind, let us explore the various feature and characteristics-based differences between these two schemas.

To provide a clear summary of the key differences between the star and snowflake schema and outline their respective use cases, here are some key takeaways to consider:

Which schema is the best fit for your data warehousing needs?

When it comes to data warehousing and business intelligence, choosing the right schema is essential for organizing and structuring your data in a way that meets your specific needs and requirements. The star schema and snowflake schema are both popular approaches, each with its own unique characteristics and benefits.

A star schema may be the best choice if you're looking for a quick and easy cloud data warehousing solution. A snowflake schema, however, can be a better option if you require more adaptability to suit shifting data requirements.

To more clearly understand the differences between the snowflake and star schema, let's take a closer look at both through the use of examples.

In the following example of a star schema, the central fact table contains keys to each dimension table (such as Dealer_ID, Model_ID, Date_ID, Product_ID, Branch_ID) and attributes like units sold and revenue:

In the following example of a snowflake schema, the Country table has been further normalized into its own separate table:

Learn over a dozen of data analytics tools and skills with Professional Certificate Program in Data Analytics and gain access to masterclasses by Purdue faculty and IBM experts. Enroll and add a star to your data analytics resume now!

Take Your Data Analytics Skills to the Next Level With Simplilearn

The star schema and snowflake schema are two popular approaches to organizing and structuring data in data warehousing and business intelligence projects. Each schema has its own unique characteristics and benefits, and the best fit for your specific needs will depend on the requirements of your project.

The star schema is characterized by a denormalized data structure and is well-suited for fast query performance and simple data analysis, while the snowflake schema has a normalized data structure and is better for maintaining data integrity and reducing redundancy. It's important to carefully consider the trade-offs between simplicity, performance, and data integrity when choosing which schema is the best fit for your needs.

If you want to learn more about data warehousing and business intelligence, consider enrolling in a certification training course like the PGP Data Analytics Course offered by Simplilearn. This comprehensive course covers a wide range of data analytics concepts and techniques and will give you the skills and knowledge you need to succeed in the field.

1. Which is better: snowflake schema or star schema?

On the one side, star schemas are less complex, query execution is quicker, and setup is simpler. On the other side, snowflake schemas take up less room, are simpler to maintain, and are less susceptible to data integrity problems.

2. What are star schema and snowflake schema?

It is possible to split facts and dimensions into different tables using the star and snowflake schema designs.

3. What is the advantage of a star schema over a snowflake 3NF?

The star schema has a simpler data structure with a single join between the fact table and its dimensional tables, which can lead to faster query performance and easier data analysis compared to the snowflake schema. It is also generally better suited for handling large volumes of data and is simpler to understand and work with.

4. Is star schema the best?

One of the main reasons that the star schema is widely accepted as a best practice for data organization is its simplicity. Compared to the traditional source system models, the strategy is simpler for the business customer to comprehend.

5. Which ETL tool is best for snowflake?

The snowflake schema can be used with a number of ETL tools, including Talend, Informatica, SSIS, and Talend Cloud. Depending on your unique demands and requirements, you can choose the ideal tool.

6. Is the star schema OLAP or OLTP?

All OLAP systems make extensive use of the star schema to effectively create OLAP cubes. A ROLAP mode of operation, which uses a star schema as an input without creating a cube structure, is actually provided by most major OLAP systems.

What is Snowflake Schema in the Data Warehouse Model?