What Is a Schema in SQL and Advantages of Using Schema 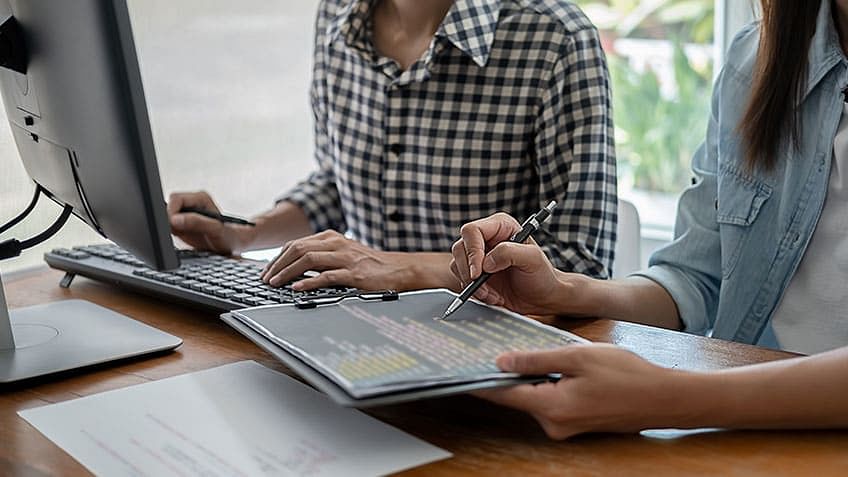 SQL (Structured Query Language) is a programming language used as an interface to manage databases.Various organizations use SQL systems to view and manipulate the information and data contained in their files, as well as to create and modify new tables. To truly comprehend SQL, it is essential to first understand what a database is.

A database is a tool for gathering and storing records. Databases can hold data about individuals, goods, orders, and everything else. Many datasets begin with a word processing application or spreadsheet, but as they grow in size, many companies will find it beneficial to move them to a database generated by a database management system.

And one of the essential elements of SQL is a schema.

What is Schema in SQL?

In a SQL database, a schema is a list of logical structures of data. A database user owns the schema, which has the same name as the database manager. As of SQL Server 2005, a  schema is an individual entity (container of objects) distinct from the user who constructs the object. In other words, schemas are similar to separate namespaces or containers used to handle database files. Schemas may be assigned security permissions, making them an effective method for distinguishing and defending database objects based on user access privileges. It increases the database's stability for security-related management.

Following are some of the main advantages of using a schema in SQL:

SQL Server comes with a certain predefined schema that shares the same names as the built-in database functions and users. It persists primarily for backward compatibility. Here are a few examples of built-in schema:

Objects in the schemas mentioned above cannot be dropped or removed. If you prefer to exclude schemas from the database, they will never appear on a new database.

How to Create a Schema?

When objects have circular references, such as when we need to construct two tables, one with a foreign key referencing the other table, creating schemas can be useful.

You can create a schema in SQL by following the below syntax.

The above query will create a schema named as STUDENT and with user STUDENT as the owner of the schema. Further, the CREATE command will create the table named DETAILS under the STUDENT schema.

How to Alter a Schema?

The ALTER SCHEMA statement is used to rename a schema or specify a new owner, who must be a pre-existing database user.

Syntax for Altering a Schema:

Suppose we want to rename the previously created schema- STUDENT as STUDENT_DETAILS and pass the ownership to new user DAVID. The following query will result in the desired result.

How to Drop a Schema?

The DROP SCHEMA in SQL is used to delete all tables present in that particular schema.

If you want to delete the schema STUDENT_DETAILS, then use the following SQL query.

With this we come to an end of this tutorial and it is your turn to try out the above concepts in your database. If you wish to learn more about SQL and scale up your programming career, you must check out Simplilearn’s SQL certification training and enroll right away!

And in case you have any doubts, feel free to drop them in the comments section and our experts will help you out.

Find Professional Certificate Program in Business Analysis in these cities