HomeResourcesSoftware DevelopmentTop Things About Blockchain and Cryptocurrency You Probably Didn’t Know (Yet!)

Top Things About Blockchain and Cryptocurrency You Probably Didn’t Know (Yet!) 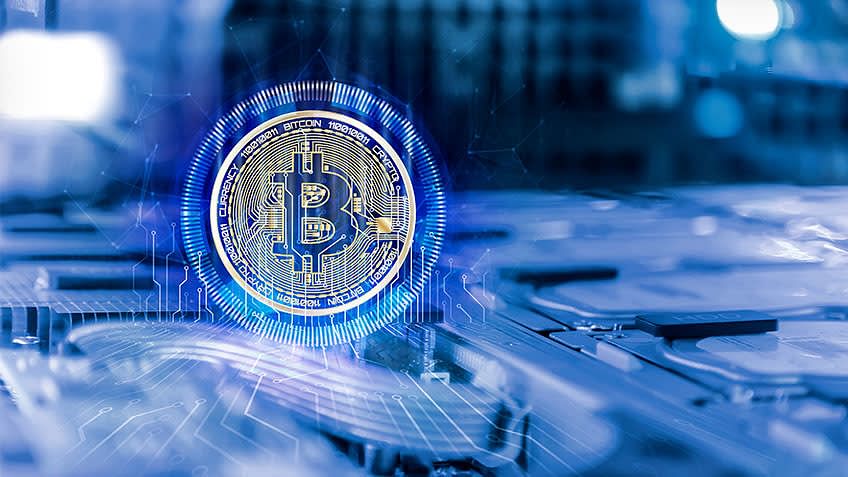 The blockchain and cryptocurrency craze has been with us for some time, but new uses for these game-changing technologies continue to surface at every turn. And there are a lot of interesting developments underway that you may never have even heard of. The Blockchain (the foundation that powers cryptocurrencies) market is expected to grow to $228 billion globally by 2028 at an almost 73 percent CAGR. With so much activity, it helps to have some perspective on how blockchain and crypto are influencing the world (outside of the ups and down of a bitcoin price, of course).

Here are four interesting facts about blockchain and cryptocurrency you may not have known, yet.

1. It’s Not All About Currency!

Blockchain is the underpinning for cryptocurrencies; that much you may have already known. What you may not know is that the fundamentals behind the blockchain – that they are cryptographically secure distributed ledgers that contain massive amounts of transactional data – have vital applications in other areas of the economy as well. Blockchain can help in unifying partner ecosystems, from supply chains and food services to airline travel.

Supply chains are vital for moving goods and materials around the world. Blockchain improves every supply chain partner’s ability to track, record, and certify the data involved at every step. Particularly for multi-party supply chains and agreements, blockchain’s distributed ledger can be extremely valuable in providing a single source of truth. Imagine an auto part being delivered via ship that breaks or gets lost along the way. The blockchain’s distributed ledger helps determine for certain where the breakdown happened, and who’s at fault.

As another example, blockchain can be used by airlines who coordinate multi-carrier flight plans or settle unused travel vouchers. The blockchain ledger helps follow the full route of an individual passenger to ease financial settlements.

One of the biggest drawbacks for blockchain and cryptocurrency development is the huge amounts of energy it takes, and the resulting release of carbon emissions. Some creative approaches like carbon offsets can provide short-term solutions, but they are really just corrective measures for a very big problem. As a result, some blockchain networks are shifting from a “proof-of-work” (POW) model to a “proof-of-stake” (POS) model. In POW, miners are incentivized to stack up hardware to solve as many hash computations as possible, which demands massive amounts of computational power and energy.

In proof-of-stake, however, crypto owners can “stake” their coins; then the blockchain protocol selects a validator who adds the new block of transaction to earn the financial reward. In POS, validators don’t need special equipment to solve the equations, thus leading to lower energy usage. While POS has not been proven to be as secure yet, it still offers a fantastic value proposition to be more environmentally friendly.

3. Blockchain and the Metaverse

Blockchain also plays a critical role in the rapidly developing Metaverse, or the immersive virtual world that leverages augmented and virtual reality to provide a world of social connection, and where users can interact with digital objects. By definition, the metaverse is fundamentally decentralized. No single entity can (or should) control the metaverse, so decentralizing the currency used makes perfect sense as well.

In the metaverse, a user’s surroundings, environments, appearances, and objects all shift based on a developer’s unique activity. Blockchain and cryptocurrency offer an immutable foundation to add stability to the vast metaverse environment. Blockchain use cases in the Metaverse include:

Some other interesting fun facts about blockchain and cryptocurrency you may not have heard of:

Conclusion: There’s A Lot of Growth Left in Blockchain and Cryptocurrency

One thing is known for sure: there is no lack of incredible stories and developments that the blockchain and cryptocurrency markets will bring. The world is increasingly revolving around these digital worlds, and that means unprecedented demand for tech professionals that can master critical competencies like AI development and cyber security. Tech expertise will continue to rule in the burgeoning worlds of crypto and blockchain. Enroll in our Blockchain Certification Training program to learn Blockchain developer techniques and strategies.