HomeResourcesSoftware DevelopmentBlockchain Tutorial for Beginners to Advanced LevelDogecoin vs. Bitcoin: Understanding The World of Cryptocurrency

Dogecoin vs. Bitcoin: Understanding The World of Cryptocurrency 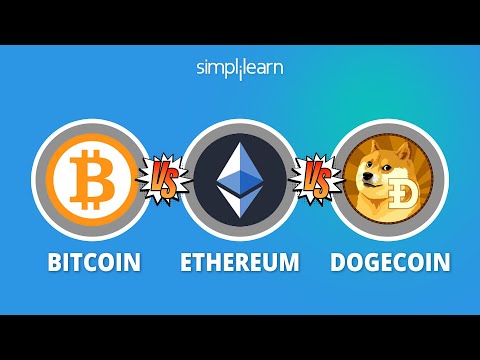 Dogecoin and Bitcoin are the two crypto-stars of the crypto-world. Almost every site always follows the performance of these two cryptocurrencies.

Dogecoin has a vast family of dedicated followers, including Elon Musk, the CEO of Tesla, who misses no chance of hyping the popularity of Dogecoin. On the other hand, Bitcoin is the oldest cryptocurrency, which led to the 1st revolution of cryptocurrency. It holds the 1st position among all cryptocurrencies.

But what other differences Dogecoin and Bitcoin have other than this popularity?

In this Dogecoin vs. Bitcoin tutorial, you will look into the various concepts and components around Dogecoin and Bitcoin that make them different from each other.

What are Dogecoin and Bitcoin?

Origin of Dogecoin and Bitcoin

Rise and Fall of Dogecoin and Bitcoin

According to crypto-market reports, Bitcoin and Dogecoin have both been hot investments over the past few months surging 650% and 18,000%, respectively, at current prices.

Dogecoin, the digital currency, recently crashed, declining by over 30% in value. The decline started a day after Dogecoin fans celebrated 20th April as Doge Day, using hashtags and posts on social media platforms to fuel the price of this cryptocurrency.

A few days back, Bitcoin and other digital currencies faced a huge downfall in their price because of the decision taken by Chinese authorities to ban all cryptocurrency transactions performed by any financial institutions and or online platforms.

Mining cryptocurrency is a process in which it validates and adds transactions to the blockchain public ledger in Blocks. And the people mining these blocks are called miners.

In terms of the mining process, Dogecoin and Bitcoin use the same method to verify and validate the pending transactions in their networks, Proof-of-Work.

Monetary policy is known as the process of drafting, announcing, and implementing the plan of actions taken by the competent monetary authority to control the money supply and achieve goals that promote sustainable economic growth.

Monetary policies are considered to be fixed and non-inflationary. Because of this, over time, mining blocks will become more complex.

Dogecoin vs. Bitcoin: Which One Should You Invest In?

Investors should remember that both Bitcoin and Dogecoin have been highly volatile investments and if you decide to invest, you should know the fluctuation in the prices of these cryptos will always be there.

So, the question is which one is the better buy. And from that perspective, Bitcoin has several advantages over Dogecoin:

And that is why Bitcoin will be a better choice.

Do you want to become an expert in Blockchain Technology? Then take up the Blockchain Training Course today!

In this tutorial, you saw everything about the comparison of Dogecoin and Bitcoin on various parameters like algorithm, programming language, mining process, monetary policies, value, and availability.

Do you have any questions for us? Please feel free to drop them in the comments section of this Dogecoin vs Bitcoin article; our experts will get back to you as soon as possible.