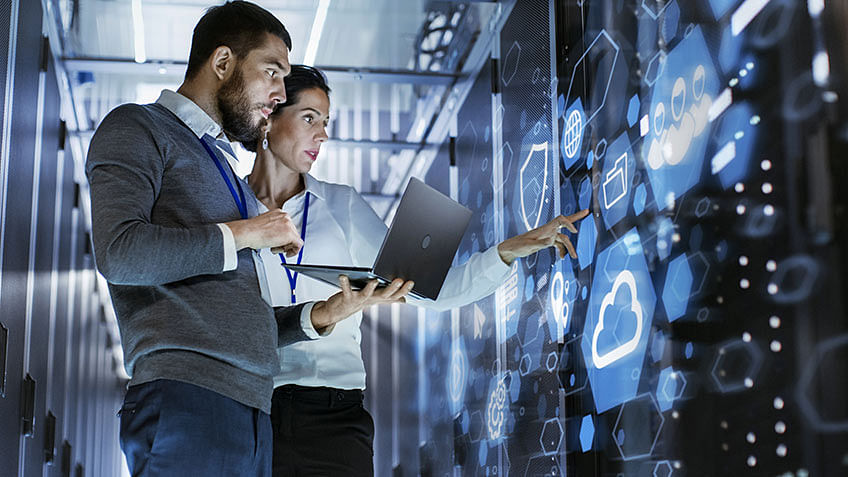 Cloud computing’s role continues to expand in today’s business and consumer worlds. The benefits it offers far outweigh the drawbacks, and Forbes predicts that 83% of enterprise workloads will be in the cloud by 2020.

With such encouraging signs of the cloud’s continued popularity, it’s imperative for cloud users and IT professionals alike to have a solid grasp on the definitions of the most often used terms. With that in mind, we now present 30 of the top cloud computing terms and what they mean.

While this list isn’t exhaustive, it covers a good range of cloud computer-related terms. The two best ways to be comfortable working with the cloud is to learn the language and get some related training.

Do You Want to Master the Cloud?

Simplilearn offers you the chance to rule the cloud, thanks to their Cloud Architect Masters Program. This program builds your Amazon Web Services (AWS) and Microsoft Azure cloud expertise from the ground up. With it, you’ll learn to master the architectural principles and services of two of the top cloud platforms. The course will teach you to design and deploy highly scalable, fault-tolerant applications and develop skills, the better to transform yourself into an AWS and Azure cloud architect.

This six-course program boasts over 40 in-demand skills, more than 25 services, and access to over 60 live instructor-led online classes. Once you get your certification, you’ll be ready to take on the cloud and earn an average of $125 annually.