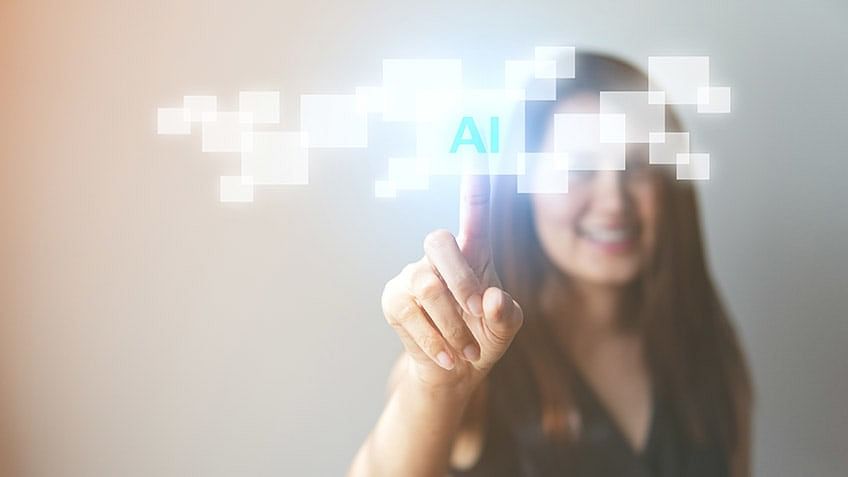 The growth of artificial intelligence has been a slow but steady trend in the past decade, as we've seen it show up in everything from home assistants to self-driving cars.

It's easy to know why it has become so prevalent: AI is a potent tool. It can perform tasks that would otherwise be too complicated for humans, like analyzing large amounts of data or making decisions based on patterns and trends. By using AI, we can expect to see an increase in productivity and efficiency across all industries.

What is an AI Scientist?

An AI Scientist is someone who designs and creates artificial intelligence. They work in computer science and often specialize in machine learning or computer vision. The work of an AI scientist requires them to be well-versed in math, statistics, and programming.

The field of artificial intelligence has grown tremendously over the last decade due to advancements in technology. As such, AI scientists have many different career paths that they could follow depending on what they want to do with their education and training.

While each of these roles is important to the growth of AI, they all play slightly different roles in the process.

The AI scientist is a new breed of computer scientist who works to improve the way computers think and learn. The job requires someone who can think about problems in new ways and communicate their ideas to others.

AI scientists are responsible for designing, implementing, and evaluating artificial intelligence systems that meet business needs. They work on projects such as:

AI scientists can apply the latest machine-learning techniques to solve problems in various fields. They are responsible for creating algorithms that analyze data and uncover hidden patterns.

They ensure that these algorithms are reliable and accurate and can be used in production environments.

The AI scientist typically works in a software development environment, using tools such as Python or R Scripting languages to create their algorithms.

They also use tools such as TensorFlow to train their models, which can be pretty complex. The AI scientist will also have to work closely with the data science team, who gathers the data and input it into the model.

The skills you need to be an AI scientist include thinking creatively, focusing on a problem that might not have an immediate solution, and having the patience to build something that will benefit people in the long run. You also need strong communication skills because you'll often explain your work to other scientists, managers, or clients.

You also need the following skills:

Salary in the US

If you're looking to make a career change, becoming an AI scientist might be a good option.

According to data from Glassdoor, the national average salary for an AI Scientist in India is ₹21,68,063.

The world will need AI scientists to develop and implement new ways to use AI and machine learning. They will also need to design algorithms, create models, and build systems that use artificial intelligence. These are some of the things that AI scientists do.

Looking forward to a successful career in AI and Machine learning. Enrol in our Professional Certificate Program in AI and ML in collaboration with Purdue University now.

AI and Machine Learning are the future.

You already know that, but you must learn how to get there. That's why we created this program.

We partnered with Purdue and IBM to create Professional Certificate Program in AI and Machine Learning that will take you from zero to hero—and we mean it literally. You'll be able to take your skillset to the next level by learning everything you need to know about AI and ML in just six weeks without missing a beat in your day-to-day life.

Get ready for a career change that will blow your mind—and make sure it blows your coworkers' minds too!

1. What should I study to become an AI scientist?

If you want to study AI science, the best thing you can do is start with a Bachelor's degree in Computer Science. If you're interested in pursuing a Master's or Ph.D. in AI science, you'll need to get your undergraduate degree first.

2. What is the salary of an AI scientist?

An AI scientist's salary depends on various factors, including the company where they work and their experience. An entry-level AI scientist can expect to make around $95,000 annually, while an experienced professional could earn up to $150,000 annually.

3. Who is the best AI scientist?

4. Can I become an artificial intelligence scientist?

The answer is yes, you can! But it takes some serious dedication and hard work. You'll need to study computer science, mathematics, and statistics fields that require rigorous study.

You'll also need to study the human mind, which sets artificial intelligence apart from the rest of computer science. It's not just about programming machines; it's about creating machines that think like humans.

5. Is it hard to study artificial intelligence?

When it comes to who earns more, AI scientists or data scientists, the answer is both.

AI scientists and data scientists are similar in that they both create computer programs that can complete tasks in a way that's more efficient than any human could.

Course Review: Training for a Career in AI and Machine Learning