What Is Data Types in C: Derived, User-Defined and Modifiers Data Types 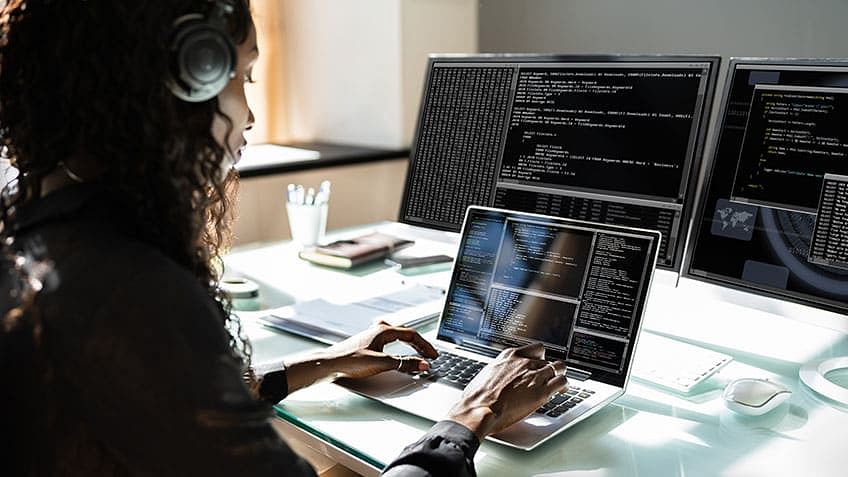 Data is the primary need for any programming language. This data can be of various types, including integers, fractional numbers, characters, and symbols, or a group of entities. To handle these different types of data, the concept of data types has been introduced in C. Data types in C, signify the characteristics of the data stored in a variable. Every type of data has its own data type that cannot be used to store other types of data.

The following table represents the memory consumed or size of each primary data types in C:

The int data type is used to store the integer values. Any number that falls in the range of -∞ to +∞ is said to be an integer. For example 0, 10, 105, -15, -103, etc are all integers. However, integers can be either negative or positive. And that’s where we use data type modifiers, which we will be going to discuss later in this article.

In C language, the integers cannot be represented as floating or decimal point numbers. They can only be operated by/on integers themselves. For example, 4/3 is fine but 4/3.0 is not fine.  However, if the operation of two integers results in a fraction number, the integer part will be stored as the final result.

The following example illustrates the int data types in C.

//variables num, ans and i

//are initialised as int

//int variable is getting multiplied

//with int and the result is

//stored in another int variable

The above example declares and initializes an integer 5 and prints its multiples up to 5. Here, we can easily observe that all the operations that are being conducted include the variables of the same data type ie., int data type. And the final result is also being stored in another variable of the int data type.

The general size of a character is 1 byte. However, just like the integers the size of a char can vary according to the data type modifiers. Since all characters and symbols can be represented in their numerical ASCII value, the char type is often considered as an int type.

The following example illustrates the char data types in C.

//variable ch is initialised as char

//print the ASCII value of ch

printf("Adding 1 to the character code \n");

//Adding 1 to the char variable ch

//print the ASCII value of ch+1

The major advantage of floating point numbers over integers is that they can represent a much larger and wider range of digits as compared to int data type.

The following example illustrates the float data types in C.

//variable radius is initialised as float

//variable area is initialised as float

//print the area of the circle

In the above example, we are calculating the area of a circle. Note that, we are multiplying only the variables having float data type with each other and storing the final result in another float type variable.

The double stores almost double the number of significant digits after the decimal point or precision of the float. However, the double data type consumes more memory and it  is also slower as compared to float. So, it is advisable to use a smaller data type as much as possible for the sake of optimization of code.

The following example illustrates the double data type in C.

//and surface volume of the sphere

printf("The surface area of the sphere is: %lf", surfaceArea);

In the above example, we are calculating the area and volume of a sphere. Here, we have used the double-type variables. One thing to note here is that after the final answer, the remaining significant digits have automatically set to 0.

Those were the primitive data types in C.

An array is a group of similar kinds of finite entities of the same type. These entities or elements can be referred to by their indices respectively. The indexing starts from 0 to (array_size-1) conventionally.  An array can be one-dimensional, two-dimensional, or multidimensional.

The following example illustrates the array data types in C.

// input element to be searched.

// traverse the array to search the element.

// print the index at which

// the element is found.

// if the element is not found.

The above example is to check if the input element exists in the array or not. Here, we have declared an integer type array for size 10. We are iterating over the array and checking if the given element is found in the array.

A function is a piece of code that performs some specific task when invoked in the program. It can be called from anywhere and any number of times in the program. The return value i.e., what type of value it will return depends upon the return type of the function.

The above example is comparing two numbers and finding the greatest among them. Here, we have passed two numbers that need to be compared, to the function by value. The function has an int return type so, it is returning the greater number after making a comparison.

A pointer can be defined as a variable that stores the address of other variables. This address signifies where that variable is located in the memory. If a is storing the address of b, then a is pointing to b. The data type of a pointer must be the same as the variable whose address it is storing.

A structure is a user-defined data type in C that allows you to combine members of different types under a single name (or the struct type). The reason why it is called a user-defined data type is that the variables of different types are clubbed together under a single structure, which can be defined according to the user’s choice.

Consider a situation where you want to store a record of a book. The book will have properties like name, author, and genre. You can create three variables to store this information. But what if you need to store records of 10 books. Then creating 3 separate variables for each book would not be a practical solution. This is where a structure can be a great solution. A single structure book can be created having three members: name, author, and genre. This structure can be used for all 10 books.

// declare members of the structure.

// declare a variable of the book type.

//store the information of the books.

In the above example, a structured book is defined with 4 member variables: id, name, author, and genre. Now a separate copy of these 4 members will be allocated to any variable of the book type. So, the variable b1 also has its own copy of these 4 variables which are used to store the information about this book.

A union is also a user-defined data type. It also holds members of different data types under a single name. A union sounds similar to a structure and they are similar in conceptual terms. But there are some major differences between the two. While a structure allocates sufficient memory for all its members, a union only allocates memory equal to its largest member.

In the above example, the char array name is printed correctly whereas the pinCode gives a corrupted value. This happened because the name occupied the space allocated for object c1.

Enumeration or simply enum is one of the user-defined data types in C which provides a special type of flexibility of defining variables. An enum consists of a set of integer constants that can be replaced by user-defined names.

In the above example, two enum flags are defined. The first enum flag color{red, blue, green} has a constant with default values i.e. {0, 1, 2}. So, when the second constant blue is printed, 1 will be displayed in the output. Whereas, in the second enum flag fruit{mango, apple, grapes}, the first constant i.e. mango is initialized with 10. So, the values of the following constants will automatically get updated. Hence, when the second constant of the enum fruit is printed, 11 is displayed in the output.

Those were the user defined data types in C.

Next, we will be looking at the data type modifiers in data types in C.

Note: Since all data types are signed by default, the best practice is to declare variables without using the suffix “signed”.

The following example illustrates the size occupied by signed variables.

// print the size occupied by the signed variables.

The following example illustrates the size occupied by unsigned variables.

// print the size occupied by the unsigned variables.

The long data type modifier is used when the value to be stored is large and exceeds the usual integer range. It can be applied to int and double data types in C. A long integer variable takes 4 bytes of memory space in a 32-bit system.

In C, “long int” is equivalent to simply “long” and similarly instead of “long long int” you can simply write “long long”. This is commonly used in competitive programming as the inputs there can be very large.

The short data type modifier is used for saving memory consumption. It can contain whole numbers lying in the range from -32768 to 32767. It can only be applied with an int data type and it’s also said to be a 16-bit signed two's complement integer.

That was all about Data types in C.

Why stop here? You can check out our popular Full Stack Web Development certification training course that will allow you to learn the ins and outs of web development along with topics such as agile methodology, DevOps, java spring, hibernate, JS, HTML, CSS, etc. It is a 9-month long self paced training course and the instructors will be available throughout the duration to solve your queries. If you want to learn more such interesting technologies for free, you can check out Simplilearn’s free online courses.

If you have any queries in this “Data Types in C” article or suggestions for us, please mention them in the comment box and our experts answer them for you as soon as possible.