The Difference Between C and C++

Lesson 3 of 24By Ravikiran A S 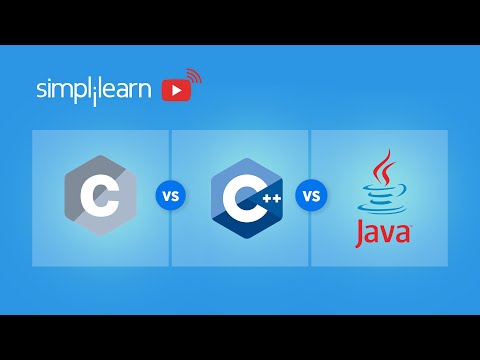 What Is the C Programming Language?

Dennis Ritchie designed the C programming language in 1972 at Bell Laboratories. The C language is the base language for many object-oriented programming languages like C++, a superset of C language, and Java, an extension of the C++ language. This language was originally developed to write and develop programs to build operating systems. UNIX OS and all of its programs and utilities are originally written in C. Furthermore, the use of the C language extended to develop applications like compilers, text editors, assemblers, drivers, databases, and other utility programs.

The C language is based on the paradigm of “Procedural Programming”. This means that this programming language focuses more on procedure than data. You will look into all aspects of the approaches used by C and C++ when explaining the difference between C and C++, in this article.

As mentioned above, since the procedural programming principle emphasizes procedure more than data, many problems arose because of this, especially with extending software and maintaining them. That’s where its successor C++ came into the picture. It gives prime consideration to the data and associated functions in it. Also, you can not use the C language along with other generic programming languages.

You can understand the limitations that were encountered by the procedural nature of the C language with the help of a real-life example. You cannot use the C programming language for describing the real world very well. For example,  a vehicle is an object which can act in the real world. However, the procedural language would just be concerned about the procedure (i.e. doing things), so it would just focus on the movement and not care about how the vehicle looks. You can easily distinguish between the real-world interpretation of a vehicle and procedural programming’s interpretation of the same vehicle.

Let’s consider the below example to get an idea of what problems are led by the procedural programming paradigm of C. The following program reads the details of a student like a roll number, name, and the class of a student.

Here, if you observe, due to the change in the basic structure, the student structure has to store marks and grades as well. The structure now modifies to-

This means the C programming language is susceptible to design changes. Before jumping into discussing the differences between C and C++, first, understand some important concepts that are not there in C but are supported by C++.

What Is the C++ Programming Language?

The C++ programming language was developed at AT&T Bell Laboratories in the early 1980s by Bjarne Stroustrup. He found that the ‘C’ language to be lacking in certain sections and decided to extend the language by adding features from the very first OOP language developed by him, Simula 67.

Before diving deep into C++, you have to learn about the basic concepts of OOPs that are the pillars of C++:

Abstraction refers to the concept of giving access to only those details that are required to perform a specific task, giving no access to the internal details of that task.

You can understand it better with an example.

To drive a car, you need to understand how to move the handle, how to operate the clutch, brake and accelerator, and so on. However, it isn’t essential for you to know how the engine works, clutch wired is wired and other deeper aspects of the vehicle. For example, when you change the gears or apply the brakes, the internal mechanism of what transpires is not visible to you. This concept is known as Abstraction, where you know only the basic knowledge required to drive the car without needing to understand the internal mechanism of the vehicle.

Modularity is the technique of dividing the program into subprograms or functions. The advantages that modularity can attain are:

A module is a separate unit in itself. Hence you can execute a separate module as it is connected to other modules in some manner. All the modules act together as a single unit to achieve the aim of the program. In OOPs, classes and objects form the basic foundation of a system.

Understanding inheritance is critical for understanding the whole point behind object-oriented programming. Inheritance in C++ has made it possible to use reusability as a tool to write clean and efficient programs. It also allows the addition of additional features to an existing class without the need to modify it in any way. Inheritance is transitive in nature, which efficiently benefits from the implementation of inheriting the properties of one class by another class.

Polymorphism is the key to the power of object-oriented programming. Polymorphism is the notion that can hold up the ability of an object of a class to show different behavior in response to a message or action. For a language considered to be OOP language, it must support polymorphism.

Now, after discussing the object-oriented concepts which are the base of the C++ programming language, understand how C++ overcomes the problem faced in the C program discussed above. It reads the details of students, with the help of the following C++ implementation using an object-oriented approach.

Now if you need to include one more field grade in student, then the class would become as:

Now the users continue to get the same interface, unaware of the fact that a new field has been added. There would be some changes in the codes of some of the functions (eg. dispStudent()) by the programmer, but the user cannot access the data of the class student directly which was possible in the above C program.

The following features and properties of C and C++ will make it easier to understand the difference between C and C++ and will give you a good idea of the uses of both of the languages.

Key Features and Properties of C

Being a procedural programming language, C lays more emphasis on procedure and steps, than the data.  This makes it a perfect candidate for general-purpose programming. This also enables it to consume less memory and allows the functions to share the same data via global variables. However, this can also expose your data, which you will explore further in the article in the section that talks about the difference between C and C++.

The C programming language has its own library, which consists of a good number of pre-defined functions that can be used by the programmers to simplify the code and ease up their tasks.

Below is an example to illustrate this property of C:

// square-root of a number

A program written in C language, can be executed and run on any other machine without the need for any sort of modification in the code, which makes it highly portable and machine-independent.

The C++ programming language is based on the paradigm of Object-Oriented Programming (OOPs). The programming paradigm is the major difference between C and C++ that separates them in a great way. C++ is a superset of the C language which means that it includes all the features of C and overcomes its limitations by implementing some new concepts. In this section, you are going to see some key features/properties of C++ which also highlights the difference between C and C++:

The C++ programming language is based on the paradigm of Object-Oriented Programming (OOPs). OOP is a technique for writing a program in which the data and behavior are bound with each other under the same umbrella i.e., encapsulated together as classes whose instances are objects.

The OOPs approach is based on certain concepts that help it attain its goal of overcoming the drawbacks or shortcomings of conventional programming approaches. The basic concepts of OOPs are:

C++ provides ease of maintenance and fabrication due to the structure and base it is developed on. The concepts such as modularity, polymorphism allow programs with better readability. This also helps to reduce down the search for problems.

C++ allows its users to re-use the code. Encapsulation enables the class methods to be re-used in other functions of the code. This also increases the readability of code since the replication of code has been reduced to almost zero.

The auto keyword is introduced in C++ so that the user does not have to declare the data type every time during compilation. But you have to keep in mind while using the auto keyword, that the variable that has been declared using auto should be declared and initialized at the same time.

Below is an example to illustrate this property of C++:

// so the type of the variable "product" will be

Apart from the static allocation of memory, C++ also supports Dynamic Memory Allocation. When you allocate the memory in run time, it is known as dynamic memory allocation. You can create such a memory by using the new keyword. In other OOP languages like Java and Python, memory allocated dynamically gets automatically deleted or gets deallocated once it’s of no use. But in C++, the user has to delete the memory manually. This can be achieved by using the delete keyword.

Below is an example to illustrate this property of C++:

// declaring a pointer to hold address

// allocate dynamic memory for the pointer.

You can set the classes up to closely represent the generic application concepts and processes. OOP codes are nearer to real-world models than the other programming methodologies’ codes.

Difference Between C and C++

The concepts discussed above are briefly summarised to clearly highlight the major difference between C and C++.

In this article, you have learned the difference between C and C++. This article talked about C and C++ in-depth and dived deep into the key features of both programming languages. You saw in detail what Object-Oriented Programming is, and how it has overcome the inferiorities of procedural programming.

Have any questions for us? Leave them in the comments section of this article. Our experts will get back to you on the same, ASAP