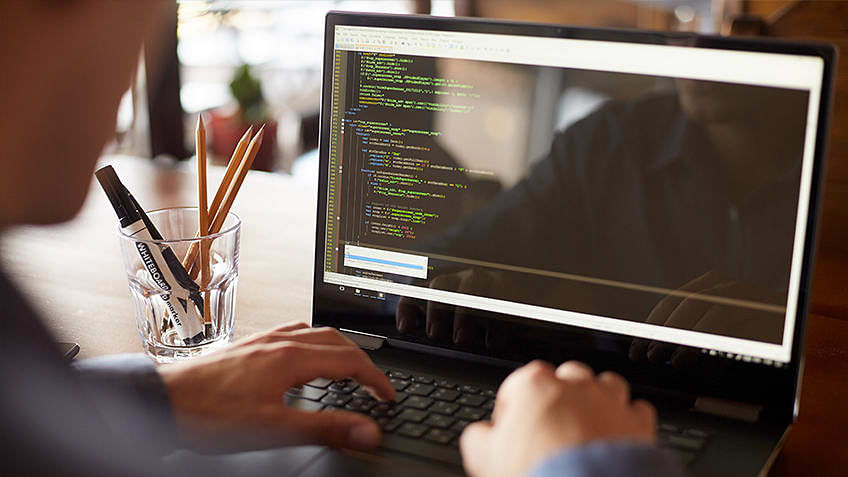 The C programming language is a general-purpose, operating system-agnostic, and procedural language that supports structured programming and provides low-level access to the system memory. Dennis Ritchie invented C language in 1972 at AT&T (then called Bell Laboratory), where it was implemented in the UNIX system on DEC PDP II. It was also the successor of the B programming language invented by Ken Thompson. C was designed to overcome the problems encountered by BASIC, B, and BPCL programming languages. By 1980, C became the most popular language for mainframes, microcomputers, and minicomputers.

Loved by programmers for doing low-level coding and embedded programming, C has found its way gradually into the semiconductor, hardware, and storage industries. The most important features provided by the C programming languages include:

The #include in the first line of the C program is referred to as preprocessor directives. All of the preprocessors will start with the # symbol. It is the first line that is executed, having the library file ending with .h. The stdio.h in the above program will have libraries associated with print to the console output. This will also associate the program with the library. The compiler to transform the program before compilation will use the preprocessor. Macros are also similar to preprocessors, but they are all user-defined and help in expanding the values in all places in the program.

This will substitute the variable AREA with 354 everywhere in the program and requires less effort by the programmers in the event a change is needed in the future.

This is an important function in the C program within which the content of the program or logic or calculation will be written. The main can have return types, and in the above example, it has an integer as the return types.

There are multiple ways to compile a C program. You can either use freely available editors provided by Turbo C. You can download the Turbo C editor over the internet; use it to write a program and compile using the Compile (Alt+ F9) option, and execute using Run (Ctrl + F9). The Turbo C editor is suitable for beginners, as the IDE is user-friendly. However, if you don’t have any IDEs (for example, if you’d like to execute a C program in Non-GUI environments like UNIX or Linux), you can use the following command:

Primary data types are the ones that are a fundamental part of C programming language and are mostly straightforward to use (they are int, char, float, and void). Int is used to hold whole numbers and can take values like zero, positive, or negative, but it can’t contain negative values. Float and double are used to hold real numbers, and they differ from each other in byte size. Similarly, int also can handle longer and shorter ranges, which are called short and long. The table below summarizes the different data types and the size each holds in memory.

Derived data types are primitive data types forming new data structures called arrays, functions, and C pointers. For example, an array can contain a homogenous set of primitive data types like int, float, or double and can now act as a new data type in C programming language. Functions in C are both user-defined and standard library functions like scanf(), printf(), gets() and puts().

User-defined data types are defined by users and are usually a combination of data types or heterogeneous data types. For example, a structure may contain:

With the above structure in place, the user can now define a user-defined data type as follows:

Operators are symbols used to perform mathematical or logical operations on data. The following is the category of operators present in C:

The precedence of the operators will specify which will be evaluated first. For example:

The result of the above statement is 310 because the multiplication operator is evaluated first, followed by addition.

Constants are different from variables, as the value can’t be changed during the due course of the program. There are different types of constants in the C programming language:

Control statements are the ones that specify the program flow or the order in which the steps or instructions need to be executed. They perform the task of decision making, depending on the conditions specified in the program. There are four types of control statements in the C programming language:

C Program to Find the Factorial of a Number

Now let’s see a small C program based on what we’ve learned above. The objective of the program is to print the factorial of any given number.

printf("Enter the number for which the factorial need to be calculated? ");

Enter the number for which the factorial needs to be calculated?

Factorial of the given number 5 is 120