HomeResourcesCyber SecurityWhat Is RSA Algorithm and How Does It Work in Cryptography?

What is Threat modeling: Process and Methodologies

How to Create a Cybersecurity Resume?

What Is RSA Algorithm and How Does It Work in Cryptography? 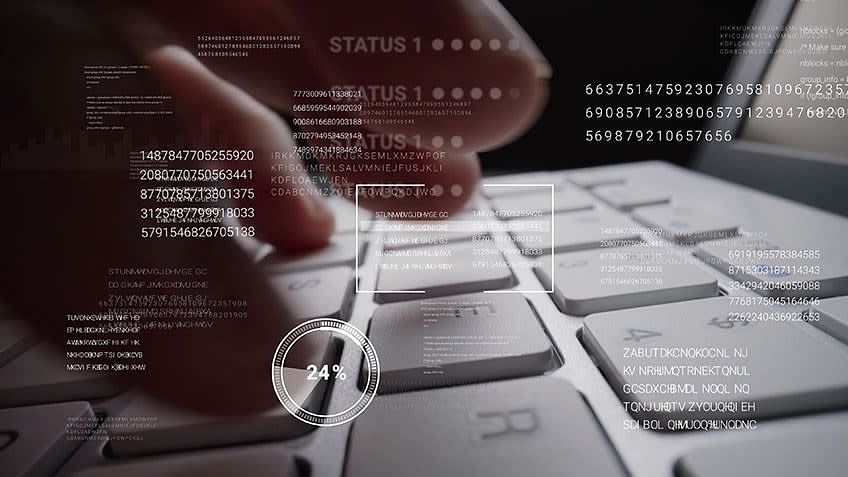 With so many articles being published that highlight how important encryption is nowadays, you must stay aware of every possible route to enforce such standards. The RSA algorithm has been a reliable source of security since the early days of computing, and it keeps solidifying itself as a definitive weapon in the line of cybersecurity.

What Is Asymmetric Encryption?

As seen in the image above, using different keys for encryption and decryption has helped avoid key exchange, as seen in symmetric encryption.

Now that you understand how asymmetric encryption occurs, you can look at how the digital signature architecture is set up.

What Are Digital Signatures?

Digital signatures serve the purpose of authentication and verification of documents and files. This is crucial to prevent tampering during official papers’ transmission and prevent digital manipulation or forgery.

‘+’ - Bundle both plaintext and digest

The image above shows the entire process, from the signing of the key to its verification. So, go through each step to understand the procedure thoroughly.

There are two industry-standard ways to implement the above methodology. They are:

Both have the same goal, but they approach encryption and decryption in different ways. So now that you know how it's supposed to function, look at the RSA algorithm, which is the topic for today.

What Is the RSA Algorithm?

The RSA algorithm is a public-key signature algorithm developed by Ron Rivest, Adi Shamir, and Leonard Adleman. Their paper was first published in 1977, and the algorithm uses logarithmic functions to keep the working complex enough to withstand brute force and streamlined enough to be fast post-deployment. The image below shows it verifies the digital signatures using RSA methodology.

RSA can also encrypt and decrypt general information to securely exchange data along with handling digital signature verification. The image above shows the entire procedure of the RSA algorithm. You will understand more about it in the next section.

There are two broad components when it comes to RSA cryptography, they are:

You will now understand each of these steps in our next sub-topic.

Keeping the image above in mind, go ahead and see how the entire process works, starting from creating the key pair, to encrypting and decrypting the information.

You need to generate public and private keys before running the functions to generate your ciphertext and plaintext. They use certain variables and parameters, all of which are explained below:

Once you generate the keys, you pass the parameters to the functions that calculate your ciphertext and plaintext using the respective key.

To decrypt this ciphertext(c) back to original data, you must use the formula cd mod n = 29.

You can now look at the factors that make the RSA algorithm stand out versus its competitors in the advantages section.

This sums up this lesson on the RSA Algorithm.

Hope you found this information helpful, and you could gain a better understanding of the importance of digital signatures in the digital age and the role of cryptography in developing a business threat model. However, this is a small segment of cybersecurity, which is a rapidly rising industry with an increasing demand for competent personnel.

Simplilearn offers a “Cybersecurity Expert” course that will teach you all you need to know to start or advance your career in cybersecurity. There are no definite prerequisites for this course, and it is appropriate for professionals of various ages and backgrounds. In addition, the course is packed with industry-leading modules that will ensure you have a thorough understanding of all you need to learn before entering the cybersecurity job market.

With this, you have understood the importance of asymmetric cryptography, the functionality of digital signatures, the workflow in RSA, the steps involved in the signature verification, and the perks it offers over other standards. Hope this tutorial helped in familiarising you with how the RSA algorithm is used in today’s industry.

Do you have any concerns regarding the topic? Please mention your queries in the comment section of this tutorial and, we’d be happy to have our experts answer them for you.

Everything You Need to Know About DSA Algorithm