HomeResourcesCyber SecurityDigital Signature Algorithm (DSA) in Cryptography: How It Works and Advantages

Digital Signature Algorithm (DSA) in Cryptography: How It Works and Advantages 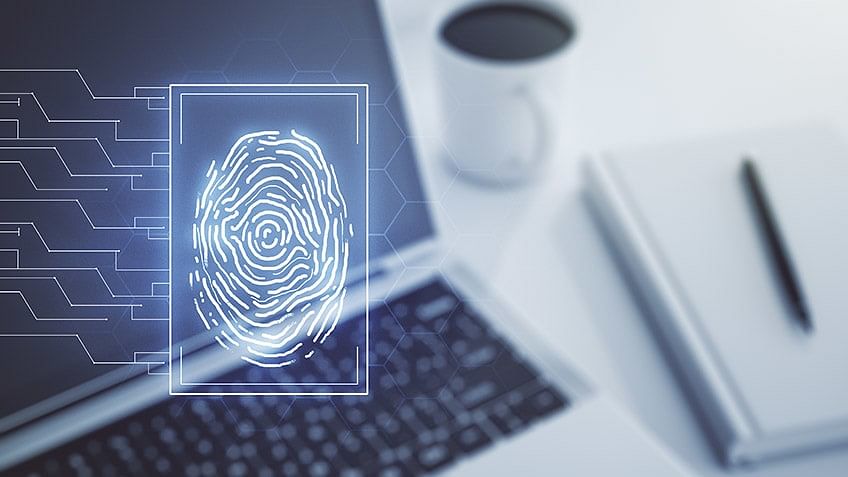 The Covid-19  pandemic has given a new life to the work-from-home initiative, taking the corporate world into an untapped phase. Without a doubt, most of the users reading this have had to digitally sign some official documents over the past couple of years because of the lack of face-to-face interaction and standard distance constraints. To maintain the authenticity and integrity of such documents holding critical information, the DSA Algorithm was proposed and passed as a global standard for verifying digital signatures.

What Is Asymmetric Encryption?

For example, if Alice needs to send a message to Bob, both the private and public keys must belong to Bob.

This eliminates the requirement for the sender and recipient to exchange any secret keys, minimizing the window of opportunity for exploitation.

Now that you learned how asymmetric encryption happens, you will look at how the digital signature architecture is set up.

What Are Digital Signatures?

The objective of digital signatures is to authenticate and verify documents and data. This is necessary to avoid tampering and digital modification or forgery during the transmission of official documents.

Read more: What is Cryptography And How Does It Protect Data?

‘+’ - Bundle both plaintext and digest

The image above shows the entire process, from the signing of the key to its verification. So, go through each step to understand the procedure thoroughly.

There are two industry-standard ways to implement the above methodology. They are:

Both the algorithms serve the same purpose, but the encryption and decryption functions differ quite a bit. So, now that you understand how it is supposed to function while verifying the signature, let’s deep dive into our focus for today, the DSA Algorithm.

What Is the DSA Algorithm?

Digital Signatures Algorithm is a FIPS (Federal Information Processing Standard) for digital signatures. It was proposed in 1991 and globally standardized in 1994 by the National Institute of Standards and Technology (NIST). It functions on the framework of modular exponentiation and discrete logarithmic problems, which are difficult to compute as a force-brute system.

DSA Algorithm provides three benefits, which are as follows:

The image above shows the entire procedure of the DSA algorithm. You will use two different functions here, a signing function and a verification function. The difference between the image of a typical digital signature verification process and the one above is the encryption and decryption part. They have distinct parameters, which you will look into in the next section of this lesson on the DSA Algorithm.

Keeping the image above in mind, go ahead and see how the entire process works, starting from creating the key pair to verifying the signature at the end.

There are two steps in the key generation process: parameter generation and per-user keys.

p, q and g are the algorithm parameters that are shared amongst different users of the systems.

To compute the key parameters for a single user, first choose an integer x (private key) from the list (1…….q-1), then compute the public key, y=g^(x)*mod(p).

Signing of message m should be done as follows:

Having understood the functionality of the DSA Algorithm, you must know the advantages this algorithm offers over alternative standards like the RSA algorithm.

Correctness of the Algorithm

The correctness of the algorithm can be computed using following signature schemes.

Thus, the correctness of algorithm for DSA is

This sums up our lesson on the DSA Algorithm.

Equip yourself with the latest skills and expertise in the fastest growing field of cybersecurity. Enroll today in the Best PGP in Cyber Security and stay abreast with the latest trends.

Hope this article has helped you understand how vital digital signatures are in this digital age and the impact of cryptography in shaping the threat model of our corporate sector. This is, however, a small drop in the vast ocean that is cybersecurity, which is an industry that has a growing demand for trained professionals.

With this, you have understood the importance of asymmetric cryptography, the working of digital signatures, the functionality of DSA, the steps involved in the signature verification, and its advantages over similar counterparts. Hope this tutorial helped you understand the DSA algorithm.

Take your cybersecurity knowledge to the next level by checking out one of our many other exciting and useful offerings, such as the CEH (v10) - Certified Ethical Hacking Course or the Cyber-Security Expert Master’s Program.

Do you have any questions or queries regarding this article on the DSA algorithm? Please do let us know in the comment section of this tutorial, and we’d be happy to have our experts answer them for you.