HomeResourcesCyber SecurityWhat Is a Botnet, Its Architecture and How Does It Work?

2 Billion Bits of Info Exposed: Inside a Record-breaking Data Leak

What Is a Botnet, Its Architecture and How Does It Work? 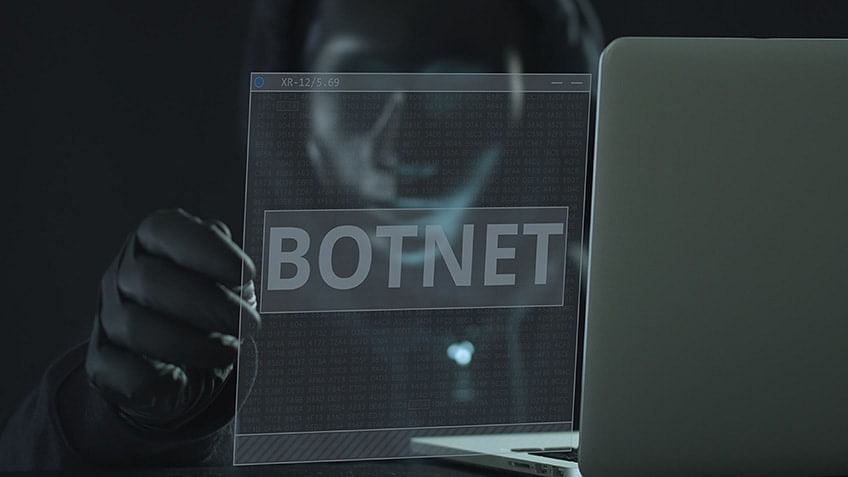 Cyberattacks are frequently making headlines in today's digital environment. At any time, everyone who uses a computer could become a victim of a cyber attack. There are various sorts of cyberattacks, ranging from phishing to DDOS to password attacks. On the internet, there are numerous hazards to online security. Many of these threats are promising technologies that were abused. In this tutorial, you will look into one such network, that is, Botnet.

What is a Botnet?

The words "robot" and "network" together give rise to the term Botnet. Botnet refers to a network of hijacked internet-connected devices that are installed with malicious codes known as malware. Each of these infected devices is known as Bots, and a hacker/cybercriminal known as the "Bot herder" remotely controls them. A bot is also called a zombie, and a botnet is referred to as a zombie army.

The bot herder can direct every bot to carry out a coordinated illegal action from a single central location. A botnet can have several bots and thus allows the attacker to carry out large-scale attacks. Infected devices can acquire updates and modify their behavior easily and quickly since a remote attacker controls them. The bots are used to automate large-scale attacks, including data theft, server failure, malware propagation, spam email generation, and malicious traffic generation for distributed denial-of-service (DDoS) attacks.

How Does a Botnet Work?

Now that you have a good understanding of what is a botnet, it’s time to dive deeper into learning how a botnet works. Below are the steps that are carried out to initiate a botnet attack:

Fig: Working of a Botnet

As seen in the above image, a bot herder initiates the attack by infecting several devices with malicious code, which acts as the Botnet. In the next step, these devices take over and conduct the final cyber attack. Therefore, even if you trace the cyberattack back in such a scenario, you cannot trace the bot herder easily.

In the next segment of this tutorial on what is a botnet, you will dive deeper into understanding botnets and look at the architecture of a botnet.

A botnet architecture has developed over a while for improved working and slimmer chances of getting traced. As seen previously, once it infects the desired number of devices, the botmaster (bot herder) takes control of the bots using two different approaches.

The client-server model is a traditional model that operates with the help of a command and control (C&C) server and communication protocols like IRC. For example, IRC or Internet Relay Chat sends automated commands to the infected bot devices.

Before engaging in a cyberattack, it frequently programs the bots to remain dormant and await commands from the C&C server. When the bot herder issues a command to the server, it is then relayed to the clients. Following this, the clients run the commands and report back to the bot herder with the findings.

Instead of using C&C servers, we have the P2P approach. Here, controlling infected bots involves a peer-to-peer network that relies on a decentralized approach. As seen in the above image, bots are topologically interconnected and act as both C&C servers and clients. Today, hackers adopt this approach to avoid detection and single-point failure.

In the P2P botnet approach, the infected devices scan for malicious websites or other devices. The bot carefully probes random IP addresses until it comes in contact with another infected machine. The bots then share updated commands or the latest versions of the malware.

The next part of this tutorial on what is a botnet will acquaint you with the famous botnets of all time.

Now that you have understood how a botnet works, you can imagine how dangerous it can be. The networks of enslaved devices are behind various dangerous cyber attacks. You will now look at a few sophisticated botnets.

Mirai is one of the famous botnets associated with IoT devices. First found in 2016, it primarily targets online consumer devices and has been used in some of the most disruptive DDoS attacks.

Emerged in 2009, the Mariposa botnet committed online scams and launch DDoS assaults. It was also stealing personal account credentials from victims so that its operators could sell them on the Dark Web.

This financial Trojan accounted for 90% of all global online bank fraud instances at their peak. Emerging in July 2007, it was used to steal data from the United States Department of Transportation.

First identified in 200, Storm was one of the first P2P botnets with a massive network ranging from 250,000 to 1 million infected devices. The Storm handled attacks from DDoS to identify theft.

First discovered in 2016, 3ve was a different type of Botnet that did not steal data or money and instead generated fake clicks on online advertisements hosted by fake websites.

Those were a few of the destructive and dangerous botnets in history. So, heading to the next section of this tutorial on what is a botnet, you will learn how to protect yourself from a botnet attack.

How to Protect Yourself From Botnets

You require an all-inclusive strategy ranging from good surfing habits to software updates to anti-virus protection to prevent botnet infection. Listed below are some essential methods to keep botnets away.

Following these steps will help you guard your network and devices from hackers. This sums up this tutorial on what is a botnet.

In this tutorial on what is a botnet, you understood what a botnet is and how it works; you also learned its architecture. You had a look at the different types of botnets and how you can protect yourself from them.

Cybersecurity is a booming field in today's times. If you are looking to learn ethical hacking to protect networks from cybercriminals. In that case, Simplilearn's CEH v11 - Certified Ethical Hacking Course will help you master advanced network packet analysis and penetration testing techniques to build your network security skill-set.

Do you have any questions on this tutorial on what is a botnet? If you do, please drop them in the comments section. We will help you solve your queries at the earliest.