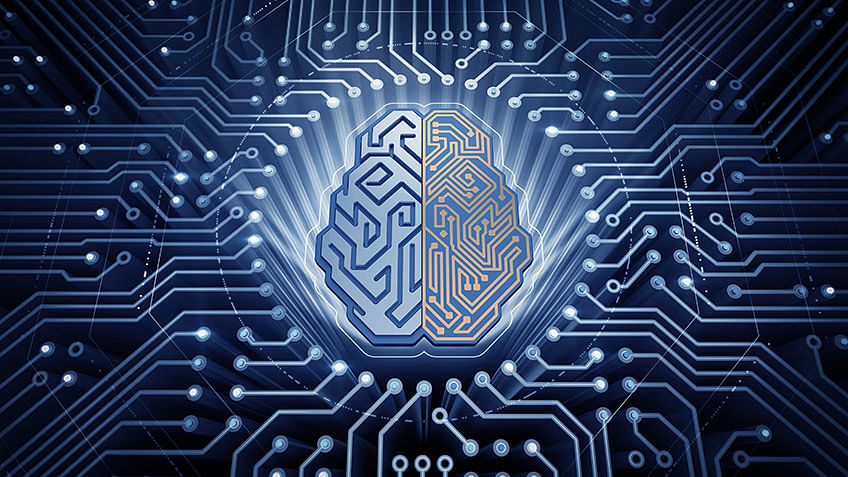 What is a Random Forest?

Random forest is a popular supervised machine learning algorithm—used for both classification and regression problems. It is based on the concept of ensemble learning, which enables users to combine multiple classifiers to solve a complex problem and to also improve the performance of the model.

The random forest algorithm relies on multiple decision trees and accepts the results of the predictions from each tree. Based on the majority votes of predictions, it determines the final result.

The following is an example of what a random forest classifier in general looks like:

The classifier contains training datasets; each training dataset contains different values. Multiple decision tree models are created with the help of these datasets. Based on the output of these models, a vote is carried out to find the result with the highest frequency. A test set is evaluated based on these outputs to get the final predicted results.

How Does a Random Forest Work?

Before understanding how a random forest algorithm works, first, let’s learn more about how a decision tree works with the following example:

Suppose you want to predict whether a person will buy a phone or not based on the phone’s features. For that, you can build a simple decision tree.

In this decision tree, the parent/root node and the internal nodes represent the phone’s features, while the leaf nodes are the outputs. The edges represent the connections between the nodes based on the values from the features. Based on the price, RAM, and internal storage, consumers can decide whether they want to purchase the phone. The problem with this decision tree is that you only have limited information, which may not always provide accurate results.

Using a random forest model will improve your results, as it provides diversity into building the model with several different features.

We have created three different decision trees to build a random forest model.

Now, suppose a new phone is launched with specific features, and you want to decide whether to buy that phone or not.

Let’s transfer this data to our random forest model and confirm the model’s output.

The first two trees predict the phone purchase, and the third decision tree suggests the disadvantages of making this purchase. Therefore, our model predicts that you should buy the newly launched phone.

Assumptions for the Random Forest Algorithm

Accelerate your career in Data Science with the exclusive Data Scientist Certification Training in collaboration with IBM. Check out the course now,

Steps to Build a Random Forest

After the random forest trees and classifiers are created, predictions can be made using the following steps:

Random forest classifiers have a plethora of applications in the market today. Let’s go ahead and look at a few of them:

Let’s now look at a few of the terms we need to know in order to understand the random forest algorithm.

Terminologies in the Random Forest Algorithm

Before we start working with R, we need to understand a few different terminologies that are used in random forest algorithms, such as:

1. Variance - When there is a change in the training data algorithm, this is the measure of that change.

2. Bagging - This is a variance-reducing method that trains the model based on random subsamples of training data.

3. Out-of-bag (oob) error estimate - The random forest classifier is trained using bootstrap aggregation, where each new tree is fit from a bootstrap sample of the training observations. The out-of-bag (oob) error is the average error for each calculation using predictions from the trees that do not contain their respective bootstrap sample. This enables the random forest classifier to be adjusted and validated during training.

4. Information gain - Used to determine which feature/attribute gives us the maximum information about a class. It is based on the concept of entropy, which is the degree of uncertainty, impurity, or disorder. It aims to reduce the level of entropy, starting from the root node to the leaf nodes.

The formula for entropy is as shown below:

5. Gini index: The Gini index, or Gini impurity, measures the degree of probability of a particular variable being incorrectly classified when it is chosen randomly. The degree of the Gini index varies between zero and one, where zero denotes that all elements belong to a certain class or only one class exists, and one denotes that the elements are randomly distributed across various classes. A Gini index of 0.5 denotes equally distributed elements into some classes.

The Gini index formula is shown below:

Where pi is the probability of an object being classified to a particular class.

Let’s now look at how we can implement the random forest algorithm.

Use case: Predicting the Quality of Wine

The following use case shows how this algorithm can be used to predict the quality of the wine based on certain features—such as chloride content, alcohol content, sugar content, pH value, etc.

To do this, we have randomly assigned the variables to our root node and the internal nodes.

Usually, with decision trees or random forest algorithms, the root nodes and the internal notes are calculated using the Gini index/Gini impurity values.

2. Our second decision tree will be split based on pH and sulphate content. If the sulphate value is less than 0.6 and the pH is lesser than 3.5, then the quality is six. Otherwise, it is five. The decision tree is shown below:

Two out three decision trees above indicate the quality of our wine to be five—the forest predicts the same.

So, let’s get coding!

You can see that this model’s accuracy is 90 percent, which is great. Now we have automated the process of predicting wine quality. This brings us to the end of this demo on random forest.