Lesson 4 of 14By Avijeet Biswal 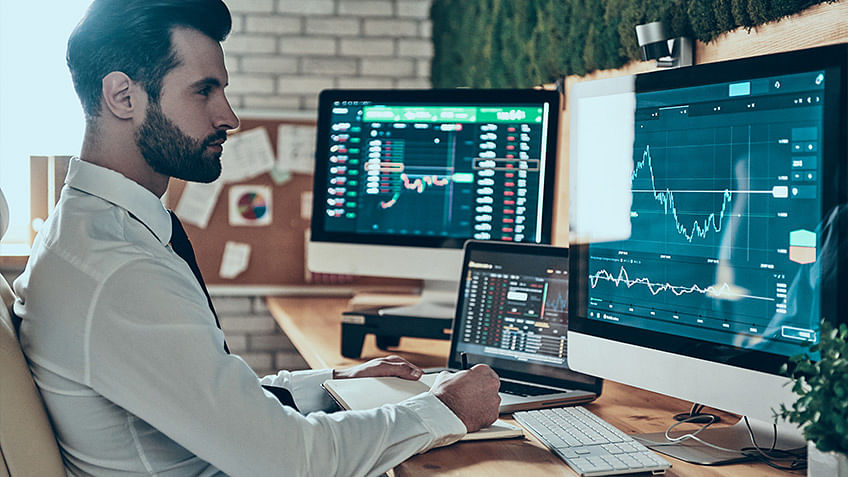 The data explosion in recent years won't slow down any time soon. In fact, according to a report from IDC, the volume of data being generated is going to reach 175 zettabytes in 2025. Dealing with this massive amount of data is a challenge for all companies in all sectors. That's why companies worldwide are looking for professionals who can make sense of their data and derive meaningful and actionable insights.

In this blog, you will learn how you can conduct data science with R.

R programming language is an implementation of the S programming language. R is an open-source software that is free to download and is available under the GNU General Public License. Ross Ihaka and Robert Gentleman initially designed R at the University of Auckland. It has an active community and is compatible across all platforms, such as Linux, Windows, and Mac.

R offers various statistical and graphical techniques. It has an extensive library of packages that makes it easy to implement machine learning algorithms. It can be easily integrated with popular software, like Tableau, and Microsoft SQL Server.

R is not just a programming language; it has a worldwide repository system called CRAN (Comprehensive R Archive Network). You can access it at https://cran.r-project.org/.

It also has a collection of all critical updates, R sources, R binaries, R packages, and other documentation. CRAN hosts around 10,000 packages of R.

R can be easily downloaded and installed from the CRAN website.

You can also install RStudio, which is an integrated development environment for R. It is available in two formats: RStudio Desktop is a regular desktop application. At the same time, RStudio Server runs on a remote server and enables RStudio access using a web browser.

The following is what the interface of RStudio looks like:

Here is a small script that is used to perform some basic operations and plot a graph.

Before you start programming in R, you should install packages and their dependencies. Packages provide pre-assembled collections of functions and objects. Each package is hosted on the CRAN repository. Not all packages are loaded by default, but they can be installed on demand.

To install a new package in RStudio, go to Tools -> Install Packages

1. Vectors: It is the most basic R object, which has atomic values.

2. Matrices: These are R objects in which the elements are arranged in a two-dimensional layout. They also contain elements of the same types.

3. Arrays: They can store data in more than two dimensions. Suppose we create an array of dimensions (two, three, four) then it creates four rectangular matrices, each with two rows and three columns.

4. Data Frames: A data frame is a table in which each column contains values of one variable, and each row contains one set of values from each column.

5. Lists: A list contains elements of different types (numbers, strings, vectors, etc.) It can also include a matrix or a function as its elements. The list is created using the list() function.

R enables you to import data from different sources.

1. Table: A table can be loaded in R using the read.table function.

2. CSV: A .csv file is imported using the read.csv function.

You can also export different files to another location in R.

Looking forward to becoming a Data Scientist? Check out the Data Science Certification Courses and get certified today.

R has powerful graphics packages that help in data visualization. These graphics can be viewed on the screen, and saved in various formats, including .pdf, .png, .jpg, .wmf and .ps. It can be customized according to various graphic needs and enables you to copy and paste in Word or PowerPoint files.

Let's look at boxplots in R.

Boxplots are also known as whisker diagrams. They will display the distribution of data based on the following parameters:

To create a boxplot, you need to provide a boxplot(data).

Now that you know more about data visualization in R, let's jump into learning the different phases of the data science life cycle.

Now that we have looked at the different data science life cycle stages let's look at some of the data science algorithms that can help you solve complex business problems.

Linear regression is a statistical technique that is used to find relationships between a dependent variable and one or more independent variables. It is used to predict the outcome of a continuous (numeric) variable. It is widely used for stock market analysis, weather forecasting, and sales predictions.

1. Estimate the relationship between two variables.

Examples: Does body weight influence the blood cholesterol level? Will the size of the house affect house prices?

The simplest form of a simple linear regression equation with one dependent and an independent variable is shown using the following formula:

The slope m is represented as:

Below are the two types of linear regression:

Let's understand the intuition behind the regression line by using an example:

The table on the left represents the data; the data points are plotted on the graph on the right.

The next step is to calculate the mean of X and Y and plot the values on the graph.

The regression line should ideally pass through the mean of X and Y.

Now, we need to draw the equation of the regression line. For that, we need to calculate the following parameters.

Based on the calculated values, the values of slope (m) and coefficient (c) are solved.

Let's calculate the predicted values of Y for corresponding values of X using the linear equation where m=1.3 and c=1.1.

The best fit line should have the least sum of squares of these errors, also known as e square.

The sum of the squared errors for this regression line is 3.9. We check this error for each line and conclude the best fit line having the least e square value.

In this analysis, we'll use a standard built-in cars dataset to find the correlation between variables.

head(cars) - Displays the top six rows of the data frame

plot(cars) - Provides a scatter plot of speed vs distance

Correlation analysis studies the strength of the relationship between two continuous variables. It involves computing the correlation coefficient between the two variables.

If one variable consistently increases with the increasing value of the other, then they have a strong positive correlation (value close to +1).

Let's build a linear regression model on the entire dataset to build the coefficients:

We can predict the dependent variables if the model is "statistically significant".

The value of p should be less than 0.05 for the model to be statistically significant.

Split the dataset into training and testing:

Fit the model on training data and predict 'dist' on test data:

A simple correlation between the actual and predicted values can be used to measure accuracy:

You can compute all the error metrics in one go using the regr.eval() function in the DMwR package. Use install.packages('DMwR') for this if you are using it for the first time.

Now that we have seen how the linear regression algorithm works in R, let's now learn about decision trees.

A decision tree is a tree-shaped algorithm used to determine a course of action. Each branch of the tree represents a possible decision, occurrence, or reaction.

Root node: Represents the entire population or sample, and this further gets divided into two or more homogeneous sets.

Splitting: The process of dividing a node into two or more sub-nodes.

Decision node: When a sub-node splits into further sub-nodes, then it is called a decision node.

Leaf/terminal Node: Nodes with no children (no further split) are called a leaf or terminal nodes.

Pruning: When we reduce the size of decision trees through node reduction (opposite of splitting), the process is called pruning.

Branch/sub-tree: A subsection of the decision tree is called a branch or sub-tree.

Parent and child node: A node, which is divided into sub-nodes, is called a parent node of sub-nodes, whereas sub-nodes are the child of parent nodes.

There are two more important concepts that you should know before implementing a decision tree algorithm: entropy and information gain.

Entropy is the measure of randomness or impurity in the dataset.

Information gain is the measure of the decrease in entropy after the dataset is split. It is also known as entropy reduction.

We'll predict the class of flowers based on the petal length and petal width using R.

Use set.seed() to determine the starting point used in the generation of a sequence of random numbers:

Let's validate the data using the remaining 50 rows we kept as testing data:

Install the packages required to use "ConfusionMatrix" to evaluate the model:

We have an accuracy of 92 percent.

After reading this article, you learned more about how data science works, and why it is useful. You looked at how to install R and RStudio and the different features of R. You also got an idea about the different data structures in R. You learned about linear regression and how it works in R, and finally, you saw how to classify flowers using the decision tree algorithm. To learn more about data science with R, watch the following video: Data Science with R.

Want to Learn More About Data Science with R Programming?

Data scientists are in high demand, and R is an essential part of it. If you're ready to take your career to the next level, check out Simplilearn's Data Science with R Certification Training, co-developed with IBM. The course provides 64 hours of Blended Learning, lifetime access to self-paced learning, a dedicated mentoring session with an industry expert, and ten real-world industry projects. What are you waiting for?