Working Toward a Lucrative Career in Business Analytics

A Complete Guide To Matlab Functions 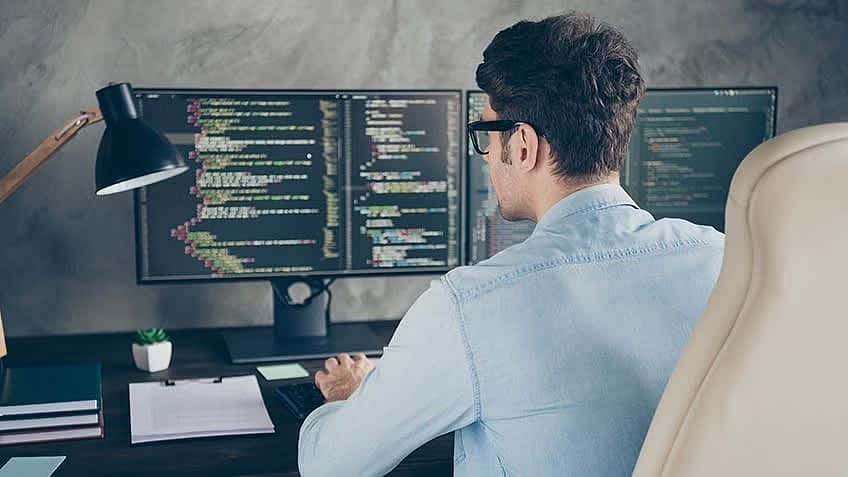 Matlab functions are important that allow you to create repeatable codes. In this article, we will understand Matlab Functions in detail.

What Are Matlab Functions?

Functions are the workhorses of MATLAB. They allow you to create code that you can use repeatedly, and they're one of the key ways you can take advantage of the built-in functions already available within MATLAB.

In addition to being reusable, functions have a few other significant advantages:

They operate on variables in their workspace, separate from your base workspace (the one you use at the command line).

They can be stored in separate files for easy sharing with others.

%This function calculates the maximum of the

% five numbers given as input

Both scripts and functions allow you to reuse sequences of commands by storing them in program files. Scripts are the simplest type of program, since they store commands exactly as you would type them at the command line. Functions provide more flexibility, primarily because you can pass input values and return output values. For example, this function named fact computes the factorial of a number (n) and returns the result (f).

In addition to making your code easier to read, functions also help prevent bugs from creeping into your programs. Functions can use variables defined in their enclosing scope (the script or function calling it), but variables defined inside a function cannot be accessed outside that function (unless explicitly returned by the function). This is called scope isolation, which means that each function has its own scope—and only its own scope—for all its variables. This prevents confusion about which variable is being used where in your program.

Starting in R2016b, another option for storing functions is to include them at the end of a script file. For instance, create a file named mystats.m with a few commands and two functions, fact and perm.

Anonymous functions are a great way to save time and effort and are easy to use.

You can define an anonymous function at the MATLAB command line or within a function or script. This way, you can create simple functions without creating a file for them.

Anonymous functions are like inline functions in traditional programming languages, defined within a single MATLAB statement. They consist of a single MATLAB expression and any number of input and output arguments.

The primary function is used to call a MATLAB file. It is where you can see all of your variables and any formulas you have created. It also allows you to add comments and other notes to remember what your code does or why you implemented certain things in specific ways.

Local functions are unavailable outside their parent function and can only be used within. They allow for a more efficient way to write code by breaking it down into smaller pieces, making it easier for people who might not understand what is happening behind the scenes.

Nested functions are a way to organize your code and make it more readable. By writing functions within the body of another function, you can manage your code into modular chunks that make it easier to read.

Nested functions also allow you to define them within the scope of another function so that they have access to the containing function's workspace.

Private functions allow you to create a secondary layer of functions that other functions can only access in their parent folder.

It is useful when you want to keep the implementation of a function private but still provide it to other parts of your program.

Private functions reside in subfolders with the unique name personal. They are visible only to functions in the parent folder.

When you are working with MATLAB® and your functions, you will be writing code that is going to be used by others. This means that you want to make sure that the code works as expected, so it's important to verify the types and sizes of arguments, as well as their names.

If you're writing a function that has wide usage and needs to verify inputs or outputs, you can define an arguments block. This makes it easy for users of your function to know what kind of input is needed and what kind of output they should expect.

Functions are the building blocks of your scripts. Each function has its own workspace, which is separate from the base workspace that is reserved for scripts and the command line. In most cases, variables created within a function are local variables known only within that function. Local variables are not available at the command line or to any other function. However, there are several ways to share data between functions or workspaces.

When you're coding, it's important to make sure that your code is robust. You can do this by checking for edge cases and problematic conditions. The simplest approach is to use an if or switch statement to check for a specific condition, and then issue an error or warning.

The error handling approach is to use try/catch statements: the try clause executes first, and the catch clause executes if there's an error. You can also use the finally clause to keep your program running even after an error has occurred.

1. What are MATLAB functions?

One of the most powerful features of programming is being able to reuse code. In many languages, you can store your commands in files called scripts. You can then run these scripts by typing their names into a terminal window.

In MATLAB, you can also store your commands in files called functions. Functions have a lot more flexibility than scripts—they allow you to pass input values and return output values.

2. Where are MATLAB functions?

3. How do you define a function in MATLAB and use it?

function [y1,...,yN] = myfun(x1,...,xM) declares a function named myfun that accepts inputs x1,...,xM and returns outputs y1,...,yN. This declaration statement must be the first executable line of the function.

Valid function names begin with an alphabetic character, and can contain letters, numbers, or underscores.

4. How do you define a function in a MATLAB script?

Define a script in a file named integrationScript.m that computes the integrand value and the area under the curve from 0 to . Include a local function that defines the integrand, .

% Compute the value of the integrand at 2*pi/3.

% Compute the area under the curve from 0 to pi.

5. What are the five major parts of MATLAB?

6. What type of code is MATLAB?

MATLAB is the most widely used technical computing software for algorithm development, data visualization, data analysis, and numerical computation. It is an environment for calculation and graphical display that can be used in various ways, from data analysis and simulation to modeling and prototyping. You can quickly prototype your ideas using MATLAB and then scale up to production-quality code.

MATLAB is one of the most sought after programming languages in the data science field. If you’re looking to become a good data scientist, you can enroll yourself in Simplilearn's Data Scientist Masters Program.

It covers various topics in-depth and has a lot of practical components for getting you job-ready from day one.