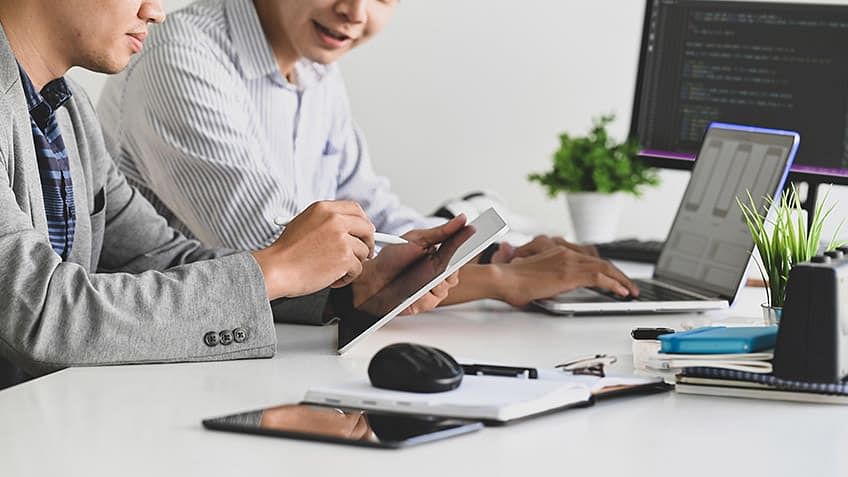 Decorator in Python is an important feature used to add functionalities to an existing function, object, or code without modifying its structure permanently. It allows you to wrap a function to another function and extend its behavior. Decorators in Python are usually called before the definition of the to-be decorated function.

Since you now know a bit about functions and what decorators in Python do, it’s time to get acquainted with the syntax, which is:

Python also provides a simpler syntax to write decorators in Python using @symbol and the decorator’s name. This simpler way of calling decorators is also called the syntactic way or the “pie” syntax. With the simpler syntax, the code is equal to -

The only difference in using both the syntax is that if you want to assign the decorated function to another variable of a function, use the extended syntax. On the other hand, if you’re going to change the same function’s variables and content, you can use both the long and short syntax.

Example of Decorators in Python

Let’s look at an example to better understand the concept of decorators in Python. In the example below, you will create a decorator to add the functionality of converting a string from another function to the uppercase.

#defining and calling the actual function

#defining the function that will be called in decorator

In the example above, name_decorator() is the decorator. The function ‘greet’ got decorated and was assigned to “decorated.” As you can see, when you print the decorated function, it prints the string in uppercase. However, when you call the greet function again, it prints the exact string in the lowercase. Thus, the greet function is not changed permanently.

Decorators in Python With Parameters

In the example above, you worked with a function that did not have any parameters. But what if the function has parameters? Let’s have a look.

How to Reuse Decorators in Python?

Since a decorator is also like a normal function, you can easily reuse it like the others by moving it to the ‘decorators’ module. In the code below, you will create a file named “decorators.py.” The file will contain a decorator function that will print an output multiple times. Next, you will import the decorator function in the main coding file and reuse it.

As you can see in the output stated above, you could import and reuse the print_thrice decorator function to print the output “Simplilearn!” three times.

It is possible to chain numerous decorators in Python. It is like applying multiple decorators to a single function. All you have to do is to place all the decorators in separate lines before defining the wrapper function. Here’s an example of a chaining decorator in Python.

If you noticed, we used *args and **kwargs in the previous example. These variables help define general-purpose decorators in Python. They will collect all the positional and keyword arguments that you pass, and store them in the args and kwargs variables, respectively. These variables allow you to give as many arguments as you want while calling the function, thereby making it general. Here’s an example of general-purpose decorators in Python.

In the example above, you defined a general-purpose decorator in Python. You also passed the positional and keyword arguments separately with different functions.

Working With Some Fancy Decorators in Python

The examples you have seen until now are pretty basic ones to get you acquainted with the concept of decorators. But now, since you have a basic understanding, let’s look at some advanced decorator functions.

Stateful decorators are the decorator function that can keep the track of state, or in other words, remember their previous run’s state. In the code below, you have to create a stateful decorator to decorate a dictionary that can store the number of times the function is called.

As you can see in the output, you have used a class as a decorator to track the state of the hi() function.

What is the Decorators Library in Python?

In this article, you have learned the A to Z of decorators in Python, right from how to create them to the different ways to use them. However, it is an advanced topic. Hence, it is recommended to get a firm understanding of Python basics before delving deep into decorators.

You can refer to Simplilearn’s Python Tutorial for Beginners to clear the basics first. Once your basics are clear, you can move ahead by going into the advanced topics. You can excel in Python programming by further opting for our Online Python Certification Course. The course comes with 38 hours of blended learning, 30 hours of instructor-led learning, and 20+ assisted practices on modules to help you excel in Python development.