Why Learn Python? Reasons and Benefits of Learning Python 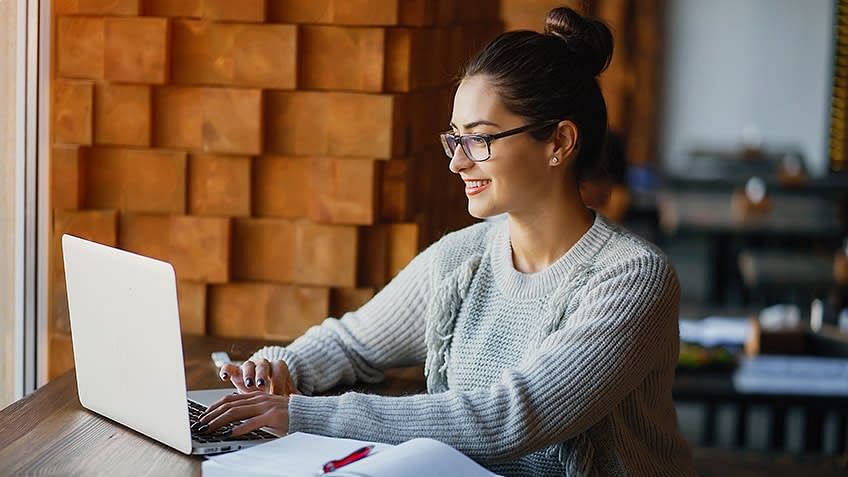 Do you want to make an amazing salary and enjoy a secure future? Learn Python programming, and you will. No, we’re not talking about the reptile or the classic British comedy troupe (well, not precisely anyway) — we mean Python, as in the programming language. Python is easy to understand and once you do, you can use those skills to land a wonderful career in the rapidly developing data science industry. Even better, your career will thrive as the demand for Python programmers grows with the new applications for machine learning that arise every day. Intrigued? Wonderful! Read on and become enlightened to the benefits of Python!

Python programming is powering the global job market because the benefits of Python are clear. Python is one of the top three programming languages in the world, and is poised to become the most popular, according to ZDNet. In fact, according to the PYPL Index, Python is the most popular programming language world-wide, so if you want to work in a different country, you have a good chance of landing a job in, say, Switzerland or Australia. Where would you like to work? Adding Python to your skill set could be your ticket to anywhere.

Also, Python programming is a general-purpose skill used in almost all fields, including:

Thus, if you learn Python, you’ll have more job opportunities than you can imagine — at home or abroad. What field do you prefer? Data science is all the rage, but options like game development, finance and trading, security and penetration testing, and network mapping and geography are other potentially exciting possibilities. It’s your choice how you leverage the benefits of Python.

According to Forbes, companies accelerated data science and analytics hires this past year. You can fill one of those jobs if you learn Python programming. Why? You’ll understand once you’ve mastered the benefits of Python. Those reasons include:

Python is the second-highest paid computer language, according to Indeed. You can expect an average salary of USD 110,026 per year. Nothing to cry about! If you can land a job with Selby Jennings, you’ll earn the most. The average salary there is USD 245,862. Amazing!

One of the top benefits of Python is that it is easy to learn and fun to use. Its syntax, unlike most computer languages, reads like English, so it isn’t as stressful to learn as other programming languages. It was named after Monty Python’s Flying Circus, so you know someone had a sense of humor developing this code and thus made it simple to use. It handles complexity nicely so you can focus on learning the benefits of Python programming, not the hassles of the minute details. And to top it all off, it’s free and open-sourced. Terrific!

Not only is Python easy to learn, but also, it’s flexible. Over 125,000 third-party Python libraries exist that enable you to use Python for machine learning, web processing, and even biology. Also, its data-focused libraries like pandas, NumPy, and matplotlib make it very capable of processing, manipulating, and visualizing data — which is why it’s favored in data analysis. It’s so accommodating, it’s often called the “Swiss Army Knife” of computer languages.

Used in Many Industries

Thanks to the benefits of Python’s and its flexibility, you can find it in just about any industry. New Python programmers aren’t limited to just data science. Instead, you can work in:

The choice is yours. Don’t wanna be a computer geek? No need. Be a finance geek instead!

Into innovation or entrepreneurship? Then learn Python programming! Its iterative, agile design is what every startup needs, since revision occurs almost daily at one as products and services get refined and perfected. As stated before, Python can adapt to change, so knowing Python can help you help that startup reach an IPO. Cash in those stock options, baby!

The more relevant knowledge you have, the more marketable you are to potential employers. That’s why it would be smart to take the Caltech Post Graduate Program in Data Science and flesh out your skillset. The course teaches you data operations in Python, strings, conditional statements, error handling, and the commonly used Python web framework, Django. There’s no easier way to learn about the benefits of Python. Consider it as Python for beginners.

Learn to make data-driven decisions with this PG in Data Science, built and delivered in partnership with Caltech CTME and IBM. Enroll in our Caltech Post Graduate Program in Data Science today!

Not only is Python programming easy to learn, but it’s also one of the most secure computer programming languages thanks to the OWASP Python Security Project. This project helps programmers create a “hardened version” that is more resistant to attacks and manipulations. Approaching the problem from three different angles, developers can use white-box analysis, black-box analysis, and development of security-hardened Python that’s suited for high-risk and high-security environments.

People can freely use the code OWASP programmers have developed because it’s open-sourced, Apache 2.0 code licensed under Creative Commons. All you need to do is attribute it, then you can modify and use the proprietary forks of the project as you like — even in commercial projects. So, pick up the development applications of this project and add the benefits of Python to your knowledge. Since security is a hot-button issue today, your skills will be even more marketable!

Watch the video below that will help you understand the top 10 reasons to learn Python programming.

Why Not Learn Python Online?

Of course, the best way to learn Python programming is to take a class in it, so why not enroll in Simplilearn’s Caltech Post Graduate Program in Data Science? The course teaches you the essential concepts of Python programming, and gives you an in-depth knowledge in data analytics, machine learning, data visualization, web scraping, and natural language processing. You will master the essential concepts of data types, tuples, lists, dicts, basic operators, and functions.

Additionally, you’ll better understand supervised learning and unsupervised learning models such as linear regression, logistic regression, clustering, dimensionality reduction, K-NN, and pipeline. This course will not only prepare you for a career in Python but also provide you with a spiffy certificate of accomplishment. Python basics: done! A new career: on the way!

Now’s the time to learn Python. The basics will help you nab a high position in the exciting field of your choice, along with a boosted earning potential. Data science is likely your best bet, but wherever you land, you’ll be happy you learned Python programming.