Lesson 7 of 45By Simplilearn 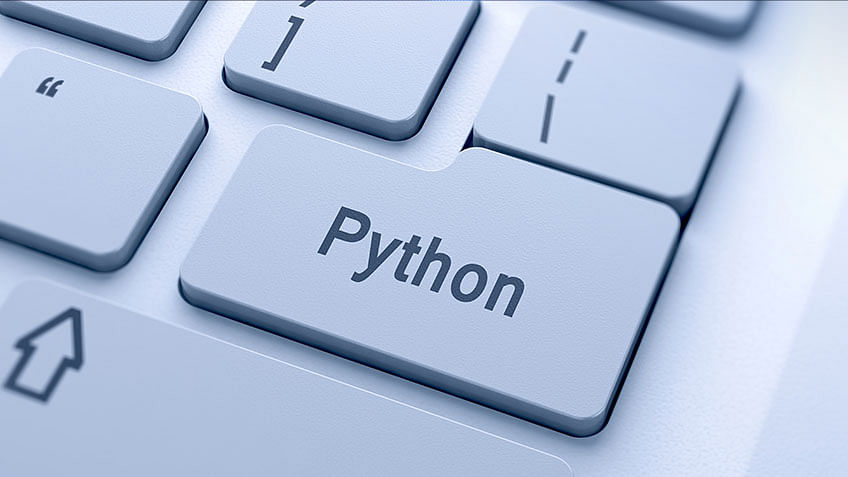 Python is a high-level, interpreted programming language developed in the late 1980s that has enjoyed tremendous growth over the last few years. While it can be used for many different applications, its resurgence in popularity has been driven by the surge in data science and business intelligence. In 2018, Python was ranked as the most highly sought technology of the year by the Stack Overflow Developer Survey.

In this article, we will learn about one of Python programming's fundamental data types: Python strings, including an overview of how to work with them, Python string methods, and more. So, let’s get started.

What is a Python String?

A “string” is a data type in Python, composed of a collection of characters. It can include letters, numbers, and even special characters. For example: “Simplilearn”,  “Version 1.0”.

How to Create a String in Python?

Put the sequence of letters inside single or double quotations to create a string, and then allocate it to a variable. You can also give variables a string of characters or several characters. Sequences of single and double quotes can both be assigned.

1. How to Create a String

String literals are written by enclosing a sequence of characters in a single quote (‘Hello’), double quotes (“Hello”), or triple quotes (‘’’Hello’’’).

2. Accessing Characters by the Index of a String

The string indexing starts from 0. We can access individual characters in a string by mentioning the index number in square brackets.

Fig: Accessing character of a string

We can also return a range of characters by using the slice syntax. When slicing, the starting index is included in the output, but the ending index is not included.

Fig: Slicing of a string

To find the length of a string, use the len() built-in function.

Fig: To find the length of a string

The term “concatenation” means joining two strings together into a single line. We can concatenate two strings by using ( + ) operator.

Python’s split() method splits the given string based on a specific separator.

In many computer programming languages, a numerical index or data element can be used to directly access a single item inside an organized set of data. Indexing is the name given to this procedure. Strings can be indexed in this manner because they are structured series of character data in Python. A string’s name linked to a number enclosed in square brackets can be used to access particular characters in a string.

The list object that is returned by the split() function contains string items after splitting the string using the designated separator, this is called string splitting.

Numerous built-in functions in Python are available to modify strings. Below are a few string functions you must know:

By reassigning a variable to another string, you can update a Python string. The new value can be connected to the old value or to an entirely separate string.

You might need to work with Python strings in reverse order if you frequently use them in your code. Python comes with a few useful tools and methods that can come in handy in certain circumstances. You can use them to rapidly and effectively create reversed duplicates of existing strings. In rare circumstances, working with Python strings in reverse order may be necessary.

Python offers a function called slice() that produces an object called a "slice" that contains a collection of "start" and "stop" indices as well as step values. To be more explicit, the variables are (start, stop, step). This operator is so flexible and syntactically elegant that it allows one to extract multiple substring combinations from a string using just a few arguments. In Python programming, string slicing is the process of extracting a substring from a given string by cutting it along an index line from "start" to "stop".

When a variable's fixed value needs to be defined and cannot be changed elsewhere in the code after declaration, a constant is used. Some built-in string constants in the Python string module are available for use in a variety of contexts. In Python, you may also define a unique string constant.

Python strings are strings that contain many lines as opposed to a single line. A multi-line string can be created in Python in a number of different ways. Python offers a wide range of formatting options for strings. Python reads multi-line strings similarly to how it reads single-line strings. Since there are several techniques to create multi-line strings in Python, all of which produce the same results, code readability is our primary concern.

Looping Through a String

Executing a series of statements until a predetermined condition is met is known as iteration or looping. To retrieve the elements of a data structure, we can use a loop in Python. A string is comparable to a character array. To display each character in a string separately, we can loop through the string.

String Length: The length of the string can be obtained using the Python String len() function. A string is a group of characters, and the number of characters in a string determines its length.

We will investigate the different things you can do to strings rather than printing them out right away. Single quotes can also be used to assign a string. However, if the value to be allocated itself contains single quotes, you will run into issues.

Below are few of the special operators:

To avoid escaping any, we can actually use triple quotes to represent strings that contain both single and double quotations. It should be noted that if a string contains a single or double quotation at the beginning or end, and we want to use triple quotes for the string, we must use quotes that are different from the beginning or finishing quotes.

Since Python's string type employs the Unicode Standard to represent characters, applications can use any of these numerous character combinations.

True is the result of the "in" operator keyword. If the specified element or complete substring appears in the specified string, True is returned; otherwise, False.

How to Compare Strings in Python?

Python's equality (==) and comparison operators (, >,!=, =, >=) are used to compare strings. To compare two strings, there are no specialized techniques. Python compares each character in the two strings separately. Following the discovery of various characters, the Unicode code point values of each character are compared. It is assumed that the character with the lower Unicode value is smaller.

Python has a built-in function str(), which returns a printable string representation of any object.

If we want to print a text (for example: Mike told me, “Jack said, ‘don’t do it.'”), we cannot write it by using a single quote or double quote. It will show a syntax error.

We can use an escape sequence to avoid this problem. A series of characters has an indirect meaning when placed inside a double quotation.

Here are some useful escape sequences to use with strings:

Python has a set of built-in methods that you can use on string objects. These are:

The capitalize() method converts the first character of the string in uppercase and puts all other characters into lowercase.

The strip() method removes any whitespaces from the beginning and the end of a string.

The lower() method returns the string in lower case.

The upper() method returns the string in upper case.

The replace() method replaces one string with another.

Python Strings and Beyond

We have discussed Python Strings and their different operations and methods. Check out our video tutorial to learn more about Python strings. Also, check out our tutorial on Map in Python. Simplilearn offers several Python educational programs online that can help you get up to speed and career-ready in this exciting and sought-after technology, including our foundational Post Graduate Program in Full Stack Web Development course.