HomeResourcesSoftware DevelopmentSet in Python: Everything You Need to Know About It

Set in Python: Everything You Need to Know About It 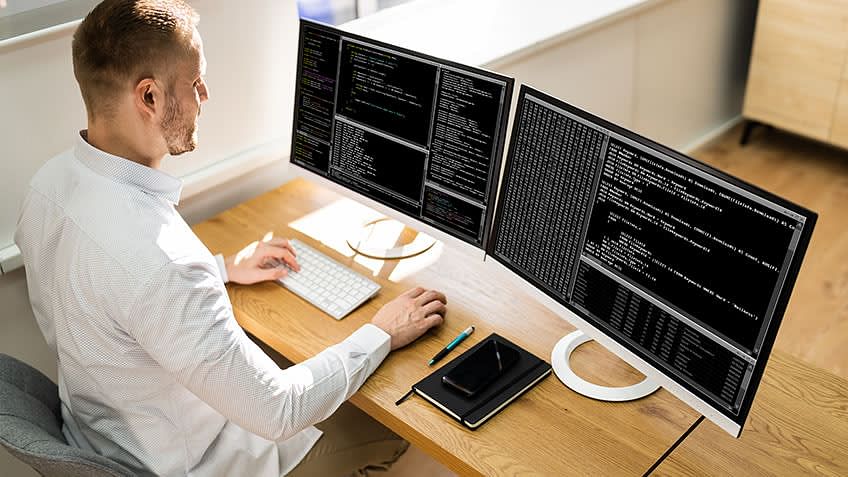 Python is undoubtedly one of the most popular languages today, and in this article, you will learn everything about set in python with the help of examples. We’ll cover topics like creating sets, modifying sets, their methods, and more.

What Is a Set?

Set is a data type in python used to store several items in a single variable. It is one of the four built-in data types (List, Dictionary, Tuple, and Set) having qualities and usage different from the other three. It is a collection that is written with curly brackets and is both unindexed and unordered.

A set is mutable, i.e., we can remove or add elements to it. Set in python is similar to mathematical sets, and operations like intersection, union, symmetric difference, and more can be applied.

Items of a set in python are immutable (unchangeable), do not duplicate values, and unordered. Thus, items in a set do not appear in a stipulated manner, i.e., they can appear in a different order every time it is used. Due to this, set items cannot be referred to by key or index.

After a set is created, its items cannot be changed. However, new items can be added. As we mentioned, all set items need to be unique because duplicates are not allowed. Items in a set can be of any data type.

Set items can be of any data type: String, Boolean, tuple, float, int.

How to Create a Set in Python

To create a python set, place all elements or items separated by a comma inside curly braces {}. The built-in set() function can also be used to create a set in python. As per definition, a set can have any number and any items. However, mutable elements such as dictionaries, lists, or sets are not allowed as its elements.

How to Modify a Set in Python

Sets, though mutable, are unordered. Thus, there is no scope for indexing. Indexing or slicing cannot change or access an item of a set as a python set does not support it.

We use the add() method to add a single element and update() method when multiple elements are to be added. The elements can be of the form lists, tuples, strings, or sets in the update() method. Duplicates are avoided in all cases.

How to Get the Length of a Set

The len() method is used to determine the number of items a set has. For example:

Various Set Methods (With Their Uses)

Set in python have various methods. We have seen the use of some of the above. Below is a list of all the available methods for the set objects:

As mentioned earlier, in-built set() constructor can also be used to create a set in python. Here’s how:

frozenset() function is used to create frozensets. As they are immutable, add and remove item methide aren’t supported. However, the following methods are:

#initialize frozenset a and b

As seen above, set in python is an unindexed and unordered collection having unique members. It is necessary to understand the attributes of a collection type before using it. This can increase the security and efficiency of your program.

You can master Python with our Data Science with Python Certification Course, and accelerate your development or data science career, starting now! And in case you have any questions or doubts about ‘set in python, you can write it down in the comments section below and our experts will help you out.

Set in Java : The Methods and Operations You Can Perform