HomeResourcesSoftware DevelopmentHow To Use Selenium With Java In 5 Simple Steps?

How To Use Selenium With Java In 5 Simple Steps? 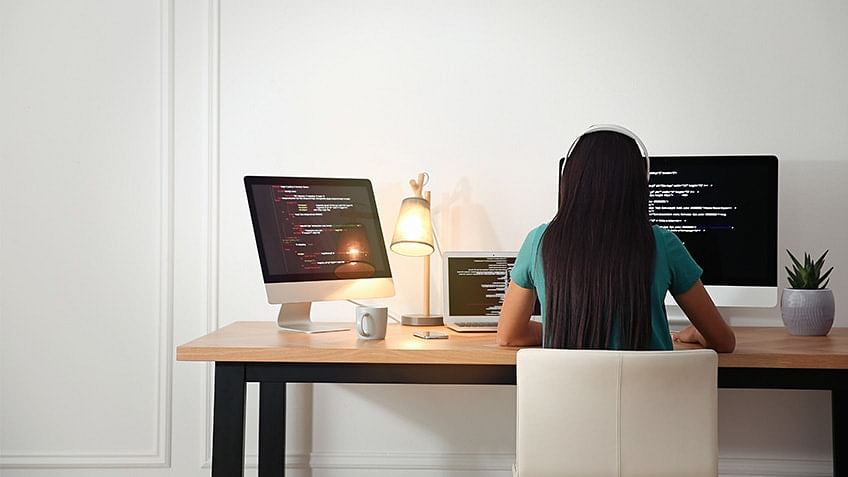 There is just one tool that comes to mind when anyone thinks of automating the testing of web applications, and that's Selenium. Selenium is one of the most popular DevOps tools widely used today due to its supportive and excellent features. But, choosing a tool is not it; you have to choose the right programming language to be used with your tool, and this when Java comes to the rescue. This article will help you learn everything you need to know about how to use Selenium with Java.

Selenium is an open-source framework that is used to automate the testing process over web applications. The interface allows writing test scripts in various programming languages on web applications spread across several platforms and browsers.

One of the key aspects of Selenium is that it is not a single tool, but a suite of tools. The Selenium as a whole consists of four different tools, and each tool has its own set of specific features.

The four different tools are the following:

Selenium supports several browsers like Chrome, Safari, Firefox, Mozilla, etc. Then, there are multiple programming languages that can be used to create Selenium test scripts, such as Ruby, Python, Java, C#, etc.

Out of all the languages that could be used to write scripts in Selenium, Java emerges to be the most popularly used programming language.

Now, the question arises - why is this so?

Why is Java Preferred with Selenium?

Selenium and Java turn out to be a perfect blend to run automated tests on different web browsers. Java turns out to be the most preferred language by the professionals who use Selenium in their day-to-day lives.

Some of the reasons why Java is preferred with Selenium are:

Let's have a look at some steps needed to begin with using Selenium with Java.

This section shall explain all the steps needed to set and then run a test through Selenium with Java bindings.

Several components are a must-have for automation testing.

The first and the most basic requirement to write and run Java programs is a Java Development Kit (JDK), which includes JRE or Java Runtime Environment.

To download and install Java, all you need to do is:

Once this is done, to verify, go to the command prompt and type java -version. If Java is successfully installed, it will show the version of Java installed in your system.

There is always a need for a platform where the developers can write and run their codes, and one such platform or IDE is Eclipse. Eclipse is the most sought after Java IDEs across the world.

To download and install Eclipse, all you need to do is

Now, all you need to do to launch Eclipse is open that .exe file.

There are multiple languages that Selenium WebDriver supports and each of these languages have their client driver. Since we are concerned about Java, we require the ‘Selenium Java Client Driver’.

To download the client driver, you need to go to the Selenium official website. There you can see several client drivers concerning different languages that Selenium supports:

This is the most crucial step to start with Selenium. The steps to configure Selenium WebDriver with Eclipse are:

After the class is created, it is time to add Selenium jar files to the project.

Then add the jar files downloaded and click on “Apply and Close”.

Now, Eclipse is all set to execute any Selenium test script.

The first script that we have used here is a simple script that opens ‘facebook.com’ on the Chrome browser.

After it is downloaded, all you need to do is put the code in your eclipse window.

Here’s the snippet of the code we have used:

Several important aspects are to be kept in mind while writing Selenium tests with Java. Some of them are:

By now, you would have realized why Java is the most widely used programming language with Selenium. In the article, you learned the basics of Selenium and how Selenium can be used with Java. We also saw how to incorporate Selenium with Java with a hands-on demo, in which, towards the end, we saw how to run our first Selenium test script in Eclipse.

If you have any questions for us, let us know in the Selenium comment section with the Java article, and we shall have our experts answer them for you.

Choosing a language to run your automated tests solely depends on the developer or tester, or may vary depending on the project or that particular organization.