Understanding The Difference Between SQL And MySQL 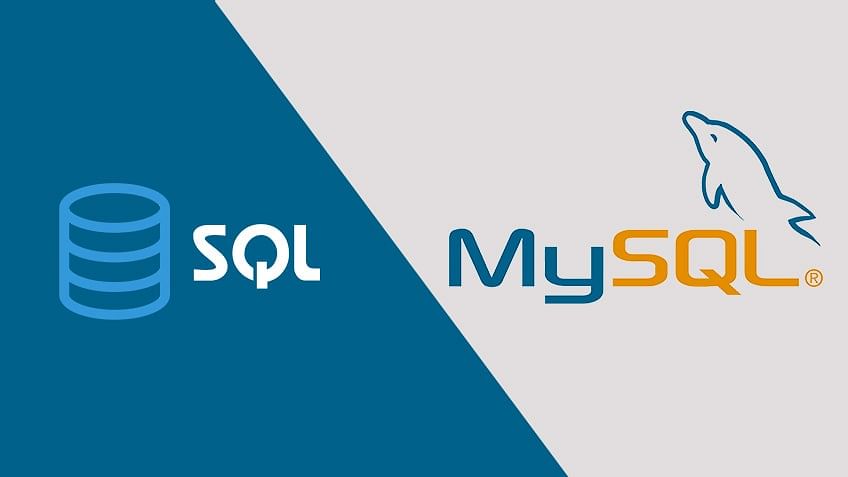 With the rise of data usage in the business world, the need for managing databases has also grown significantly. These databases have grown to become an integral part of every business, regardless of the size and structure.

But data is of no use unless analyzed. For this very purpose, companies use an RDBMS (Relational Database Management System). RDBMS helps database administrators and organizations develop relations between distinct sets of data with management tools. In this article, you will look at the two widely popular and efficient management tools and learn the difference between SQL and MySQL. But before delving deep into the difference between SQL and MySQL, it is essential to understand them individually.

SQL is short for Structured Query Language. As per the ANSI (American National Standards Institute) guidelines, SQL is the standard language to maintain and manage a database. Thus, besides a few minor syntax changes, most of the databases’ queries for retrieving, adding, or manipulating data are based on the standard SQL syntax.

SQL was first developed at IBM. With SQL, you can easily query a database to add, alter, update, or delete data in a plain English-like language. You can use SQL to manage multiple relational database management systems, such as MySQL, SQL Server, Oracle, and MS Access. By writing codes and queries in SQL, you can create and modify any database along with the creation of schemas.

MySQL is a relational database management system developed and released back in 1995. It was developed and sponsored by MySQL AB, which was then acquired by Sun Microsystems, which you know today as Oracle Corporation. MySQL is a combination of ‘My’ (co-founder’s daughter) and ‘SQL.’

MySQL was one of the earliest open-source RDBMS to be ever developed and launched. Currently, there are many variants of MySQL. However, the basic syntax of all the variations remains the same. Designed and written in C and C++ programming languages, MySQL is compatible with all primary OS (operating systems). It is a core component of a widely popular open-source web application software stack called LAMP, which stands for Linux, Apache, MySQL, PHP/Perl/Python.

What is the Difference Between SQL and MySQL?

Now, since you know the basic overview and concept, let’s look at the core differences between SQL and MySQL.

In this article, you went through the key differences between SQL and MySQL. Despite the many differences, there’s no winning of one over the other. Both have their set of advantages and disadvantages. However, you can use them together to get the best of both worlds. The ultimate decision of picking one over the other depends on your specific requirements. Hence, you should not learn the difference between SQL and MySQL with a mindset of selecting one over the other. Instead, you should know the differences to get acquainted with the basic syntax and use of both database management tools. If you are into data management, you can opt for Simplilearn’s SQL Certification Training Course.

Have any questions for us regarding this article? Leave them in the comments section, and our experts will get back to you as soon as possible.

Q1. Is MySQL the same as SQL Server?

No, MySQL is not the same as SQL Server. Although both are relational database management systems, they differ in use cases, pricing, licensing, features, advantages, and more. While MySQL is offered through Oracle, SQL Server is through Microsoft corporation.

Q2. What Programs use SQL and MySQL?

MySQL is free, open-source software for businesses and individuals. It can be used as a standalone product for any purpose, commercial or not, on a web server. The MySQL Community Edition is free, while there are paid versions, too, like the Enterprise Edition, Cluster Carrier Grade Edition, and the MySQL Standard Edition.

Q4. Which SQL should I learn first?

SQLite is the easiest for beginners to learn. It is a powerful RDBMS with a light and easy design. It is the simplest database, perfect for practicing simple queries and joins.

Q5. What is the major difference between MySQL and SQL?

SQL is a query programming language for managing RDBMS. In contrast, MySQL is an RDBMS (Relational Database Management System) that employs SQL. So, the major difference between the two is that MySQL is software, but SQL is a database language.

Q6. Which is better, MySQL or SQL?

Both MySQL and SQL servers can execute high-performance workloads. They include feature-rich client applications and provide a seamless experience. But in terms of security, the SQL server is more secure than the MySQL server.

Q7. Should I learn SQL or MySQL first?

Since SQL is a data query language, you must master the SQL language first to work on any database management system. Knowledge of SQL is a must for storing, manipulating and retrieving data in any RDBMS. Once you have learnt SQL, you can move on to learning the fundamentals of RDBMS, such as MySQL.

Q8. Can I use MySQL without SQL?