HomeResourcesData Science & Business AnalyticsWhat is Extrapolation? Everything You Need To Know

What is Extrapolation? Everything You Need To Know 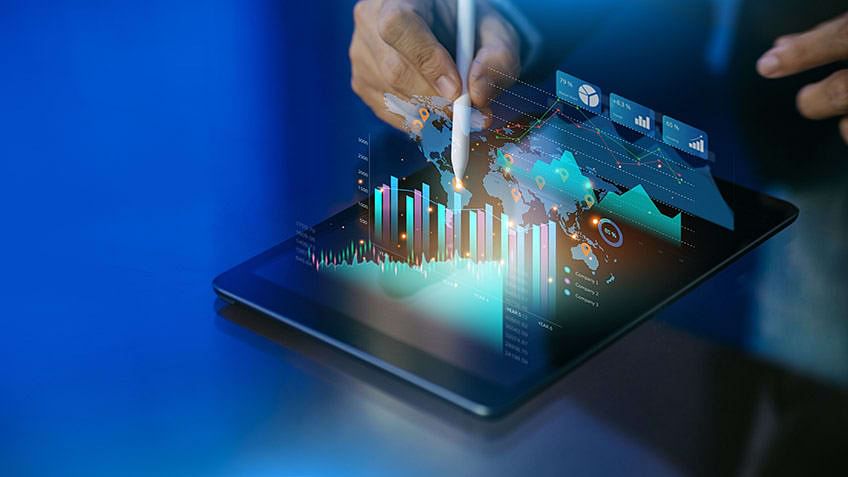 The importance of statistics is often overlooked, but it's hard to argue that they don't play a vital role in our lives.

They help us make decisions and understand what's going on around us. We use them to calculate the risk of an operation or treatment, determine whether we need an umbrella today, and even decide what kind of ice cream flavor to get at the grocery store.

Statistics are everywhere, and they're essential because they allow us to make informed decisions about our lives.

What is Extrapolation in Data Science?

Extrapolation is the process of inferring values outside the range of the existing data to make predictions. Extrapolation is one of the essential methods that data scientists use to predict future trends and outcomes.

When looking at a dataset, you can use extrapolation to predict what might happen in the future. For example, suppose you have historical data about how people vote for different political parties at election time. In that case, you could use that information to predict what will happen in upcoming elections.

On the other hand, if you wanted to predict how many people will be using your product in 2020, it might be more helpful to extrapolate from what we know now and project how that will change over time.

Interpolation can help predict things that are likely to happen (such as future events) but not necessarily ones that are guaranteed to happen (like winning the lottery).

Extrapolation can be used to make predictions about any kind of event—even if it's unlikely or impossible—as long as enough data is available for us to make those predictions confidently.

Linear extrapolation is a method of estimating the value of a variable based on its current value and the values of several other variables. It gives good results when the predicted value is close to the available data but can be more accurate when it is far from the available data.

It is because linear extrapolation assumes that there will be no change in the relationship between two variables as you go farther away from their current values.

Linear extrapolation can be done using a linear equation or function, which allows you to draw a tangent line at the endpoints of your graph and extend it beyond the limits of your data set.

The method of Lagrange interpolation is used to find the polynomial curve between known values or near endpoints of a function. It uses Newton's system of finite series to have the data. The resulting polynomial can be used in extrapolating the data.

French curve extrapolation is a method that uses an existing set of data to predict the variable's value at a point not included in the original data.

It is useful when there is a need to extrapolate from a small number of data points because it does not require any assumptions about the relationship between the variables.

Geometric extrapolation is a method of estimating the value of a variable at a time in the future based on how the variable's values have changed over time. It is typically used when the estimated variable has a known relationship to another variable and is often applied to stock prices.

Want to Become a Data Analyst? Learn From Experts!

What are Extrapolation Statistics?

Extrapolation Statistics are used to predict future behavior based on past data. They can be used to forecast the number of customers you might expect at a given time or place or how much money you will make in a given period. They are used in many fields, such as marketing, finance, and sports.

These statistics can be handy when making important decisions about things like marketing campaigns, sales goals, or budgeting for equipment purchases.

How to Extrapolate Numbers?

In the case of linear exploration, the extrapolation of a point to be calculated using two endpoints (x1, y1) and (x2, y2) in the linear graph when the value of x is given, then a formula that can be used is as follows:

Extrapolation is taking a known quantity and projecting it into the future. It can be done when analyzing historical data or making predictions based on current events.

For example, if you wanted to know how much money will be spent on Christmas presents this year, you could use past data and extrapolate that into the future. You could also use current data, such as how many people have been purchasing gifts online, and extrapolate that into the future (for example, predicting that more people will shop online next year).

If you're looking to boost your career, this program is for you.

The Data Analytics Certification Program is designed to teach you how to use data analytics and predictive modeling to solve real-world problems in your organization. You'll learn how to tackle challenges with a team of experts focused on your success—and you'll get support from industry leaders like IBM.

The program features master classes, project-based learning, and hands-on experience that will prepare you for a career in data analytics.

1. What Does Extrapolation Mean?

Extrapolation is the process of making predictions based on current or past data.

It's a way of using existing information to make an educated guess about what might happen in the future.

2. What is Extrapolation With an Example?

Extrapolation is a technique that uses reasoning to predict future events by extrapolating from past occurrences. For example, if you've been keeping track of the number of cups of coffee you drink per week, and it's been steadily increasing over time, you can use extrapolation to predict that you'll drink even more next week.

3. What is Extrapolation in Statistics?

Extrapolation is a statistical technique that predicts future trends based on existing data. Based on past data, it can predict future sales, profits, or other financial performance.

4. What is an Extrapolation on a Graph?

An extrapolation is a graph that goes beyond the limits of the collected data. For example, if you're looking at a graph of stock prices over time, and one point on the graph shows that stocks went up by $50 when they were worth $5,000 each, then an extrapolation would be to assume that if you sold your stocks now for $500 each (which is higher than any point on your graph), you'd make $50.

5. What Is Another Word for Extrapolation?

Extrapolation is another word for prediction.

It describes the process of guessing what might happen in the future based on past events and other factors.

6 Why Do We Use Extrapolation?

An extrapolation is a trend-based approach to predicting what will happen in the future based on what has happened in the past.

What Is Interpolation? Everything You Need to Know