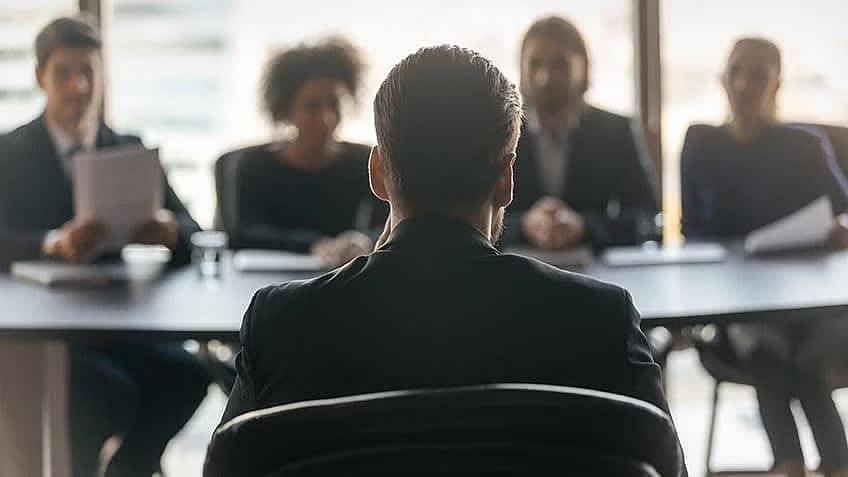 Very Large-Scale Integration (VLSI) is the process of integrating or embedding hundreds of thousands of transistors on a single silicon semiconductor microchip. VLSI is widely used technologies for microchip processors, integrated circuits (IC), and component design. Most companies and businesses have moved to VLSI.

On that note, getting called in for an interview is only the first step toward your ideal VSLI job. You must prepare thoroughly for the interview, which usually determines whether or not you will be hired. So, what is the best way to prepare? This article covers 30+ common VLSI interview questions you should be prepared to answer.

The list below contains the most frequently asked VLSI Interview questions and their best possible answers.

1. What do you understand by Boolean logic?

Boolean logic is a type of algebra in which the results are either TRUE or FALSE (known as truth values or truth variables). Instead of arithmetic operators such as addition, subtraction, and multiplication, Boolean logic employs three fundamental logical operators: AND, OR, and NOT.

2. What is the usage of Boolean logic?

Boolean logic examines a reported relationship between things to determine whether or not the relationship is true. Consider the following equation:

A Boolean expression is the combination of the two parts 2 + 2 and 4 and the relationship (= equals) in this example.

Remember that Boolean logic works only when an expression can be TRUE or FALSE.

3. How does a Boolean logic control the logical gates?

4. Why do the present VLSI circuits use MOSFETs instead of BJTs?

The advantage of using MOSFETs over BJTs is that power dissipation and leakage currents are minimized in the circuits, so they have been used instead.

5. What are the various regions of operation of MOSFET? How can we use these regions?

6. What are the different gates where Boolean logic is used?

7. What do you understand by the threshold voltage?

8. How can binary numbers give a signal or be converted into a digital signal?

The process of converting binary data, a sequence of bits, to a digital signal is known as line coding. Line encoding can be polar, unipolar, or bipolar.

9. What does "the channel is pinched off" mean?

Pinch-off occurs when a voltage is applied to the drain (VD) until it reaches the drain voltage saturation (VDS). This causes the depletion region at the drain to increase due to a decrease in the electrical field at the drain edge, resulting in only a small electron, if any, being induced at the drain edge.

10. What are the key differences between the TTL chips and CMOS chips?

11. What is the most significant advantage of the CMOS chips over the TTL chips?

The main advantage of the CMOS chip over the TTL chip is that it has a higher density of logic gates within the same material, which improves its efficiency. Another significant advantage is that CMOS chips consume less power than TTL chips even when they are idle.

12. What do you understand by Channel-length Modulation?

Channel length modulation (CLM) is a field effect transistor effect that causes the length of the inverted channel region to shorten as the drain bias increases for significant drain biases. CLM causes an increase in current with drain bias and a decrease in output resistance. In MOSFET scaling, it is one of several short-channel effects.

13. What do you understand by a sequential circuit?

14. What is the depletion region in VLSI?

15. What is Verilog? How is it different from normal programming languages?

Verilog is a programming language that aids in designing and verifying digital circuits. IEEE 1364-2005 is the most recent stable version.

The primary distinction between Verilog and C is that Verilog is a Hardware Description Language, whereas C is a high-level, general-purpose programming language.

16. What are the various factors that can affect the threshold voltage?

Several factors, including the influence of the threshold voltage are as follows:

1. Doping of the Substrate

With substrate doping, the threshold voltage rises. During channel formation, the p-type substrate will have to invert to n-type near the gate. As the doping level rises, a stronger bias is required to move the majority of carriers away from the channel region. You can avoid this by adjusting the doping near the gate area.

2. Doping at the Gate

The conductivity of the polysilicon gate is increased by poly doping. Poly depletion aids in channel formation, lowering the threshold voltage as doping increases.

3. Length of the Channel

The threshold voltage decreases as the channel length decreases.

Verilog's timescale 1ns/1ps denotes that your time scale is ns with a resolution of 1ps.

18. What are the two types of procedural blocks in Verilog?

19. What are the main steps required to solve setup and hold violations in VLSI?

20. What is the reason behind the number of gate inputs to CMOS gates usually limited to four?

The greater the number of stacks, the slower is the gate. The number of gates in the stack of NOR and NAND gates is usually the same as the number of inputs plus one. As a result, the input is limited to four.

21. What are the different types of skews used in VLSI?

Skews are classified into three types: local, global, and useful.

22. What do you understand by multiplexer?

A multiplexer is a digital combinational circuit that selects and outputs a single input from multiple input lines. It performs the same function as a switch. As a result, we can refer to it as a digital switch.

23. What do you understand by an SCR?

SCR (silicon control rectifier) is a type of thyristor that can switch between ON and OFF states via bias or gate input control. Its symbol is similar to that of a diode. As the name implies, it is made up of silicon that controls power and converts AC voltage to DC.

24. What do you understand by DCMs? Why are they used?

DCM, or Digital Clock Manager, is a fully digital control system that uses feedback to maintain clock signal characteristics with high precision. DCM accomplishes this despite normal variations in operating temperature and voltage.

26. What is the usage of defparam?

27. How many transistors do a static RAM use?

For the same amount of storage, static RAM requires approximately six times the number of transistors as dynamic RAM. In most cases, dynamic RAM employs one or two transistors per bit. Add transistors for address decoding, bus interface, and so on.

28. What are the different ways to prevent Antenna Violation?

Tie-high and tie-low connect the gate's transistors using either power or ground. The gates are connected using power or ground, and the power bounces from the ground, turning them on and off.

30. What is the primary function of metastability in VHDL?

When digital circuits attempt to synchronize asynchronous digital data, they experience metastability. In this case, a slight deviation causes the outputs to revert to one of the two stable states.

31. What is the way to stop metastability in VLSI?

Most metastable conditions manifest themselves in one of two ways:

Both of these situations get easily remedied. You can simply "double-flop" your data whenever encountering a situation that may introduce metastability.

33. What is the difference between the Mealy and Moore state machine?

A Mealy machine has fewer states than a Moore machine. The Mealy machine changes its output based on its current state and the current input. Its output is placed on the transition. Every Mealy machine responds to inputs relatively quickly.

34. What is the difference between Synchronous and Asynchronous Reset?

Synchronous reset means that the reset is sampled concerning the clock. In other words, enabling reset will have no effect until the next active clock edge.

Asynchronous reset samples reset independently of CLK. When reset is enabled, it takes effect immediately and does not check or wait for clock edges.

Practice these VLSI interview questions and ace your interview in no time. If you are finding difficulty in getting a job, then sign-up for our Master’s course in Full Stack Java Developer with a Job Guarantee.  Get job-ready with HIRIST and HackerEarth. Complete the course to get an assured job with an average salary of 6.7 LPA. Apply Now!