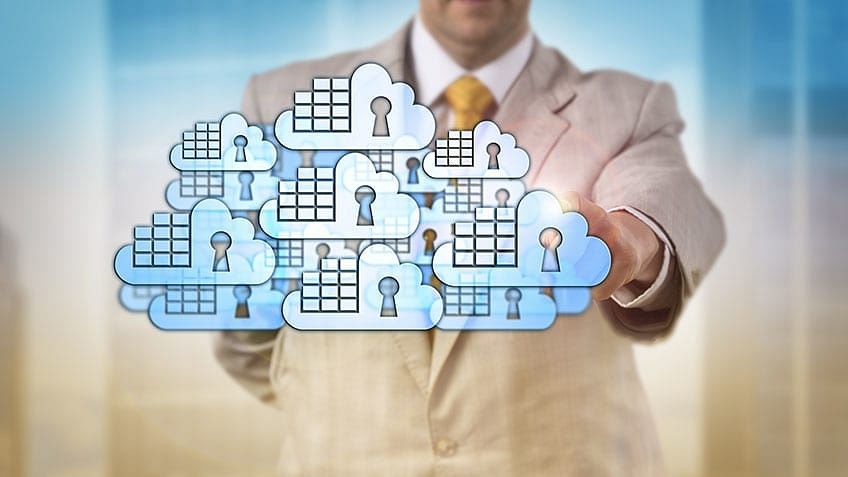 Containerization is packaging an application with its dependencies, such as libraries and other binaries, into a single unit called a container. Containers (each package) allow for consistent development and deployment environments for applications, and they are isolated from each other and can run on any platform supporting container technology.

Containerization has many benefits, including portability, increased security, and improved resource utilization. Containers are lightweight and can be quickly deployed, and they are also easy to scale up or down as needed. This Containerization enables the application to run quickly and reliably from one environment to another without the need to install and configure dependencies separately.

Become a Cloud Expert and Get Your Dream Job

How Does Containerization Work?

Containerization is a process that enables applications to be isolated from one another in a shared computing environment. Each application runs in its own "container," an isolated environment with its resources and configuration settings.

For an application to be containerized, a software package called an image is created. This image contains everything needed to run the application, including the code, libraries, configurations, and any required dependencies. The image is then stored in a repository, such as a public or private docker registry.

Once the image is stored in the registry, it can be deployed to any environment with the Docker platform installed, making it easier to deploy the same application in multiple environments without installing and configuring each dependency separately. This benefit makes it easier to ensure that the application will work properly regardless of the underlying system.

Additionally, containers are isolated, allowing multiple applications to be deployed on the same server without conflicts. Because of this, containerization has revolutionized the shipping industry, making it possible to move large quantities of goods quickly and efficiently. It has also made it possible to ship previously tricky or impossible goods, such as perishable goods or hazardous materials.

What Are the Benefits of Containerization?

Containerization has many benefits, including improved efficiency, portability, and security.

What Is Container Orchestration?

Container orchestration is the process of managing and coordinating the use of containers in a distributed system, including managing the deployment, scaling, and networking of containers.

Several tools are available for container orchestration, including Kubernetes, Docker Compose, and Mesos. Each device has advantages and disadvantages, so choosing the right tool for the job is essential.

Your One-Stop Shop for Cloud Expertise

What Are the Different Containerization Technologies?

There are a few different types of containerization technologies available, each with its advantages and disadvantages. The most popular types are Docker and rkt (pronounced "rocket").

Other containerization technologies include LXC, system-spawn, and OpenVZ. Each has its strengths and weaknesses, so choosing the right one is essential.

Containers and virtual machines are the two main approaches to virtualization. Each has its advantages and disadvantages, so it's essential to choose the right one for your needs.

What Applications Are Commonly Containerized?

Many applications are commonly containerized, including web applications, microservices, and databases. Containerization allows for greater flexibility and portability, as well as improved security.

Build Your Career as a Cloud Architect

2. What is containerization with an example?

Containerization is a method of virtualization that packages applications and their dependencies into isolated, self-contained containers, allowing them to run securely and independently from each other on the same host. It provides an efficient way to deploy, manage, and scale applications across different platforms.

For example, Docker is a popular form of containerization that allows software developers to package their applications into standardized isolated containers. Docker makes it easier for applications to run on any system, regardless of its underlying infrastructure.

3. What is the greatest benefit of containerization?

4. What are the three basic steps of containerization?

The idea of a virtual server sounds so new and exciting. But the truth is that since its introduction in the early 2000s, containerization has already changed the way we manage and scale applications. Overall, it doesn't matter which field you are in–this technology will change how we do business and operate.

The best part about containerization is that it doesn't require you to have any prior knowledge of IT. However, there is still a need for previous knowledge and a deep understanding of the new ways tech firms have used containerization to transform their businesses. If you want to stay ahead of the curve and ace your following job interview, we recommend you check Simplilearn’s Post Graduate Program In Cloud Computing in collaboration with Caltech CTME. This program can help you hone the right skills and make you job-ready in no time.