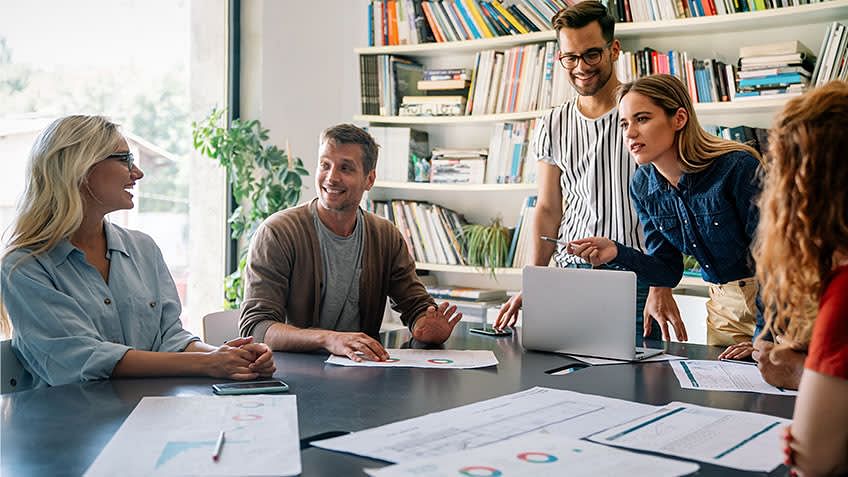 Statistics is at the heart of data analytics. It is the branch of mathematics that helps us spot trends and patterns in the bulk of numerical data. Statistical techniques can be categorized as Descriptive Statistics and Inferential Statistics. In this post, we explore the differences in descriptive vs. inferential statistics, how they impact the field of data analytics. Interestingly, some of the measurement techniques are similar, but the objectives are different. So, let’s understand the major differences.

What Is Descriptive Statistics?

Descriptive Statistics describes the characteristics of a data set. It is a simple technique to describe, show and summarize data in a meaningful way. You simply choose a group you’re interested in, record data about the group, and then use summary statistics and graphs to describe the group properties. There is no uncertainty involved because you’re just describing the people or items that you actually measure. You’re not aiming to infer properties about a large data set.

Descriptive statistics involves taking a potentially sizeable number of data points in the sample data and reducing them to certain meaningful summary values and graphs. The process allows you to obtain insights and visualize the data rather than simply pouring through sets of raw numbers. With descriptive statistics, you can describe both an entire population and an individual sample.

What Is Inferential Statistics?

The accuracy of inferential statistics depends largely on the accuracy of sample data and how it represents the larger population. This can be effectively done by obtaining a random sample. Results that are based on non-random samples are usually discarded. Random sampling - though not very straightforward always – is extremely important for carrying out inferential techniques.

There are three major types of Descriptive Statistics.

These tables of graphs are a structured way to depict a summary of grouped data classified on the basis of mutually exclusive classes and the frequency of occurrence in each respective class.

Central tendency includes the descriptive summary of a dataset using a single value that reflects the center of the data distribution. It locates the distribution by various points and is used to show average or most commonly indicated responses in a data set. Measures of central tendency or measures of central location include the mean, median, and mode. Mean refers to the average or most common value in a data set, while the median is the middle score for the data set in increasing order, and mode is the most frequent value.

A measure of variability identifies the range, variance, and standard deviation of scores in a sample. This measure denotes the range and width of distribution values in a data set and determines how to spread apart the data points are from the center.

The range shows the degree of dispersion or the difference between the highest and lowest values within the data set. The variance refers to the degree of the spread and is measured as an average of the squared deviations. The standard deviation determines the difference between the observed score in the data set and the mean value. This descriptive statistic is useful when you want to show how to spread out your data is and how it affects the mean.

Descriptive Statistics is also used to determine measures of position, which describes how a score ranks in relation to another. This statistic is used to compare scores to a normalized score like determining percentile ranks and quartile ranks.

Inferential Statistics helps to draw conclusions and make predictions based on a data set. It is done using several techniques, methods, and types of calculations. Some of the most important types of inferential statistics calculations are:

Hypothesis testing is used to compare entire populations or assess relationships between variables using samples. Hypotheses or predictions are tested using statistical tests so as to draw valid inferences.

The main goal of inferential statistics is to estimate population parameters, which are mostly unknown or unknowable values. A confidence interval observes the variability in a statistic to draw an interval estimate for a parameter. Confidence intervals take uncertainty and sampling error into account to create a range of values within which the actual population value is estimated to fall.

Each confidence interval is associated with a confidence level that indicates the probability in the percentage of the interval to contain the parameter estimate if you repeat the study.

Difference Between Descriptive and Inferential statistics

As you can see, Descriptive statistics summarize the features or characteristics of a data set, while Inferential statistics enables the user to test a hypothesis to check if the data is generalizable to the wider population. Now, how can we go from descriptive to inferential statistics? The difference lies in finding the answer to “What is?” vs. “What else it might be?”.