HomeResourcesDevOpsWhat is DevSecOps and Why is it Important 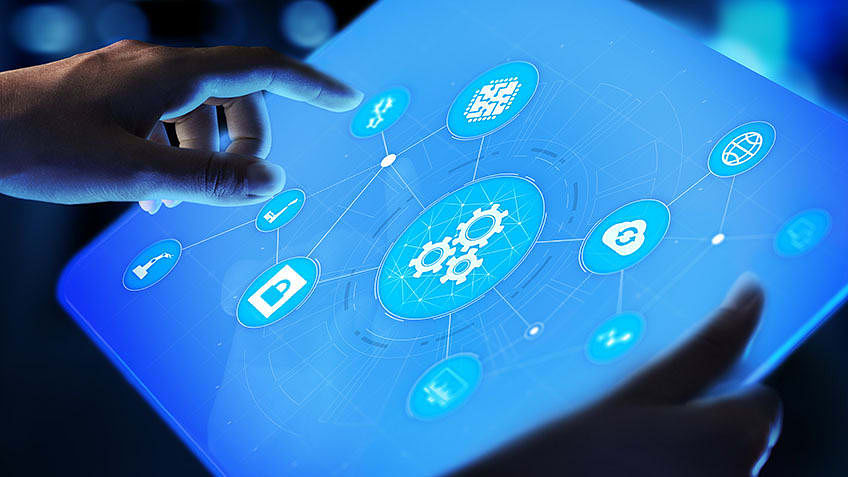 If you've had any significant exposure to the world of software and app development, then you no doubt are familiar with the concept of DevOps. But what do you know about DevSecOps? As you might guess from the word's parts, DevSecOps is the intersection of DevOps and security.

Read on and learn what is DevSecOps, how it's different than DevOps, and what learning about it can do for you and your organization. So, let's check out the definition of DevSecOps first.

Interested to learn about the DevOps methodologies, Loud on DevOps, and more? Check out the DevOps Certification Training Course. Enroll now!

In defining DevSecOps, we need to begin by reacquainting ourselves with what DevOps is in the first place. DevOps, as many of us know, is a set of practices and tools that combine software/app development (Dev) with information technology (IT) operations (Ops). DevOps increases an organization's ability to deploy applications and services faster and provides many advantages for any company that wants to stay competitive in today’s fast-paced world.

DevOps has rapidly become the norm in application development, with more organizations adopting the model. Advances in IT, including cloud computing, shared resources, and dynamic provisioning has made DevOps a more accessible and consequently more attractive methodology to adopt.

DevSecOps extends the DevOps mindset, a philosophy that integrates security practices into every phase of DevOps. The DevSecOps methodology creates a ‘Security as Code’ culture with an ongoing, flexible collaboration between the app’s release engineers and the organization’s established security teams.

Yes, this is a thing, as well. At first glance, it seems that someone's just messing with us, but no, each of these is a separate thing. The best way to break down the differences is to say:

Why DevSecOps is So Important Today?

We talked earlier about how there have been many new advances in IT and how they make it easier to incorporate the DevOps methodology into app design, but these innovations come with a downside. Unfortunately, many compliance monitoring and security tools haven't kept pace with the new developments.

As a result, many rapid application techniques are held back by inadequate security measures. When that situation arises, what's the use of incorporating a DevOps methodology?

Of course, companies could just bypass security measures for the sake of expediency, but that's a gamble that could backfire catastrophically. Do you want to risk your latest app rollout becoming compromised, primarily if the health of your company relies on a successful launch? Then there's the risk of numerous security issues arises after the product has been launched, creating an army of angry, dissatisfied users, many who will walk away from your product and company.

IT security is a significant issue in today's digital world, and the threats won't go away overnight. Cyber attacks and fraud are on the rise. Faced with this harsh reality, it's inconceivable that any organization today would neglect the security aspect of the DevOps methodology.

To briefly summarize the challenges of DevOps security:

You can compare many organization's attitudes toward IT security with people's opinions regarding health or car insurance. No one wants to pay for it because everything's running just fine right now, and who wants to spend money they don't have to? Everything's great! Why bother?

Then a crisis hits, and if you don't have the protection in place, you are in deep trouble.

That "why bother?" attitude is what DevSecOps proponents need to overcome. Failure to do so could spell problems for any organization, issues that could even result in the business going under.

The Advantages of DevSecOps

So, how can you introduce these measures in your organization?

The team must make sure that security is built into the app development from one end to the other to implement DevSecOps successfully in a strategy summed up as "shifting security focus to the left." The six vital components of any DevSecOps approach are:

Here's a checklist of specific steps relating to the six components:

The world of DevSecOps offers a host of useful tools for security-minded teams. The following tools cover a range of security tasks:

Security teams that want to implement DevSecOps should master the following skills:

The Future of DevSecOps

As this article points out, more organizations are embracing DevSecOps as the accepted means of project development. In other words, the prospect of more career opportunities is bright. As more organizations see the benefit of end to end security implementation, DevOps will either fade away or get absorbed into DevSecOps.

Furthermore, the more automation that's added to the process, the more organizations will adopt DevSecOps. Automation is a time-saver, and, coupled with offering better security, turns DevSecOps implementation into a no-brainer.

Do you have the right skill-set to begin your career in DevOps? Try answering these DevOps Engineer practice test questions and find out now.

In order to develop the key skills necessary to become a DevOps expert, you will have to master configuration management, continuous integration, deployment, delivery, and monitoring using DevOps tools. You can learn all of this in Simplilearn’s DevOps Engineer Training which enables you to prepare for a career in DevOps, the fast-growing field that bridges the gap between software developers and operations. The program consists of the DevOps Training, DevOps on AWS, and more in its learning path.

If you are considering making a career move to cybersecurity, or maybe just want to upskill, then consider the Cyber Security Expert Master’s Program. The program provides you with the skills needed to become an expert in this rapidly growing field. You will learn comprehensive approaches to protecting your infrastructure, including securing data and information, running risk analysis and performing mitigation, architecting cloud-based security, achieving compliance, and much more with this best-in-class program.

Don’t hesitate! Visit Simplilearn and see how you can become a successful DevOps or cybersecurity professional in no time at all.

What Is the Difference Between DevOps, DevSecOps, and SRE?