HomeResourcesDevOpsWhat is a Pipeline in DevOps? Overview, Tools, Implementation, and More

Career Masterclass: How to Get Job-Ready for a DevOps Career With Caltech CTME

What is a Pipeline in DevOps? Overview, Tools, Implementation, and More 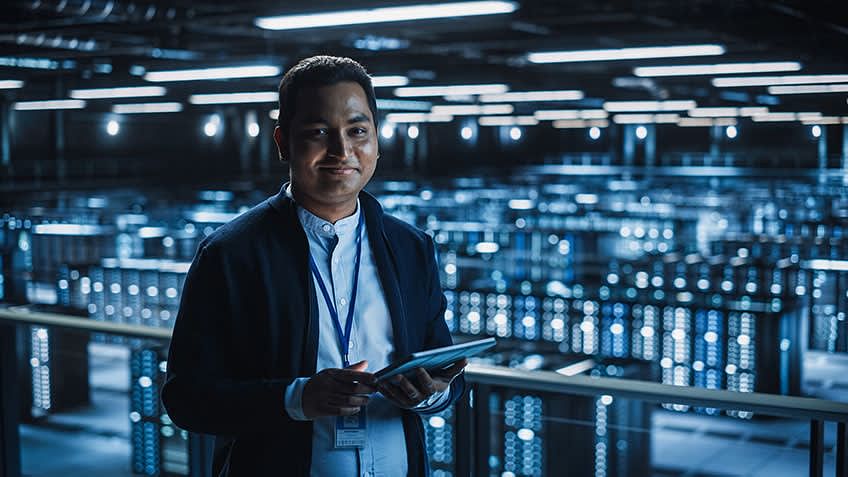 DevOps is a popular application design philosophy that merges development and operations, hence the clever name. However, there are many terms relating to DevOps, and it’s helpful to sometimes look at one of them and explore it in-depth. By breaking down a concept like DevOps and focusing on one element at a time, we can gain a greater overall understanding of it, which in turn helps us get more out of the process.

So, to get to know DevOps better, we're looking at pipelines in DevOps. This article will answer the question, "What is a pipeline in DevOps?". Additionally, we will explore the components, phases, and stages of the DevOps pipeline and even dedicate some time to explaining what the Azure DevOps pipeline is all about.

What Is a Pipeline in DevOps?

A DevOps pipeline is the set of automated processes and tools that the development and operations teams use to compile, construct, test, and deploy software code faster and easier. However, the term "pipeline" isn't an exact fit; it's more like an assembly line. For instance, an automobile that goes through the factory assembly line undergoes continuous assembly. Workers first build a chassis, add the engine, doors, tires, seats, and instrument panel, and finish it with exterior paint.

The DevOps pipeline works like that, starting with writing the code and then running tests to find bugs, errors, typos, and redundancies. DevOps teams then put fixes and patches to address the issues, test them some more, and finally release the working product to users.

Components of a DevOps Pipeline

The DevOps pipeline is composed of seven components:

What is Pipeline in DevOps: The Phases of a DevOps Pipeline

Now that we’re familiar with the components of the DevOps pipeline, it’s time to look at the phases, or stages, of the pipeline.

How to Create a DevOps Pipeline

Although each company or organization has its unique take on DevOps with its own particular needs, there are five universally recognized steps to create a DevOps pipeline.

An organization's first step is getting the right tools to build its CI/CD pipeline. Although the choice will revolve around the company's specific needs, Jenkins is a good solid choice since it's easily customizable to fit an organization's situation. Other possibilities include GitLab, TeamCity, and Bamboo.

Development teams need a sandbox, so to speak, to store and share their code, create different versions of the app, and avoid merging conflicts. Git is a great control management tool, enabling developers to keep their code in a shared repository. Other alternatives include GitLab and BitBucket.

Alternately called a CI server, the build server is a reliable, stable, and centralized environment dedicated to building distributed development projects. These servers act as an integration point for the developers, retrieve integrated code from the source code repositories, and offer a clean, uncompromised environment to ensure the code works correctly. Once again, Jenkins is the go-to choice, although there’s also Travis-CI or TeamCity.

Automated testing is integral to the DevOps process, so you need something like TestComplete to run your tests.

Here’s where the team’s software gets pushed to production. The least complicated way to do this is to configure the build server to run a script that deploys the application manually or automatically.

Many pipeline choices are available, such as the Azure DevOps pipeline, a cloud service that offers a place to build and test code automatically. The Azure DevOps build pipeline integrates well with resources such as Bitbucket Cloud, Azure Repos Git & TFVC, GitHub, GitHub Enterprise, and Subversion.

This DevOps choice also works with most application types and languages and allows developers to deploy code to multiple targets. In addition, developers can use Azure pipeline variables to customize their environment if they need to manage their builds' configuration values dynamically.

All About Continuous Integration/Continuous Delivery (CI/CD)

These two tools are the centerpiece of the DevOps pipeline and, as we've seen, make up two of the seven components. CI/CD work together to create a workflow conducive to reducing the cost and time needed for an app development project.

The critical component of both concepts is the word "continuous." The continuous integration aspect lets the system frequently integrate code changes into the central repository, simplifying the merging process and saving time. It also makes it easy for the team to spot bugs.

The continuous delivery stage handles the incremental delivery of the software and its updates into production. This phase boosts the frequency of releasing new updates and features and promotes customer involvement by enhancing the feedback loop.

DevOps teams should automate everything that can be automated. Automation significantly reduces the time needed to execute the deployment. DevOps teams need to pick the best deployment automation tool for the job. Here’s a list of potential choices. Some of the names may already look familiar:

Unfortunately, there is no one-size-fits-all roadmap for DevOps pipeline implementation. Instead, DevOps teams need to factor in variables such as the size of their organization, available toolsets, the budget, and what goals the business expects to meet from the implementation.

However, here are three general steps DevOps teams should take when implementing a DevOps pipeline:

If an organization merges CI/CD with APM, they get the increased accuracy, speed, and agility of the former, plus the enhanced business value of the latter.

Here are the stages used for implementation:

Do You Want a Career in DevOps?

If you want to get involved in the exciting and ever-growing world of DevOps, Simplilearn has the tools you need to get started. The Post Graduate Program in DevOps, held in conjunction with Caltech’s Center for Technology and Management Education (CTME), helps you master the art and science of improving your entire team's development and operational activities. In addition, the course enables you to enhance your expertise through hands-on projects in continuous deployment and configuration management tools such as Puppet, SaltStack, and Ansible.

Glassdoor reports that DevOps Engineers in the United States can earn a yearly average of $118,761.

So, visit Simplilearn today and get your new career in DevOps off to a great start!