HomeResourcesDevOpsJenkins Tutorial: A Step by Step Tutorial for BeginnersWhat is Jenkins? Features and Architecture Explained

What is Jenkins? Features and Architecture Explained

Lesson 1 of 4By Simplilearn 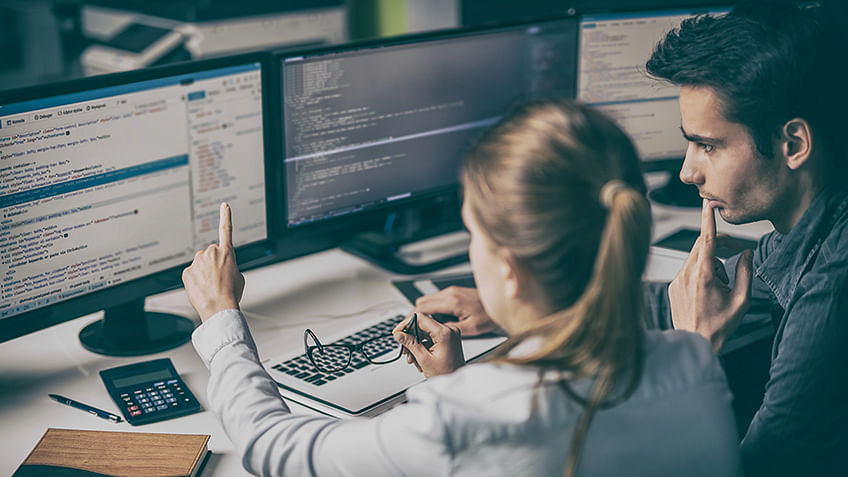 Demand for the development of dependable, functional apps has soared in recent years. In a volatile and highly competitive business environment, the systems created to support, and drive operations are crucial. Naturally, organizations will turn to their in-house development teams to deliver the programs, apps, and utilities on which the business counts to remain relevant.

That's a lot to ask from DevOps. Fortunately, there are tools to help deliver custom, quality applications in a timely fashion. Jenkins is one of them. Conjuring images of the stereotypical English butler, the tool acts as a "faithful servant" of sorts, easing cumbersome development tasks.

Let us now begin this article to take a deep dive into what is Jenkins, its features, and architecture.

Before the advent of Jenkins, developers had to complete code testing before they could check for errors. Developers on teams, tending to work independently, each created large segments of code to add to the base code. The entire source code would be checked for errors - a time-consuming and challenging undertaking. Multiple developers would each send commits to version control, increasing the time required to identify and fix bugs. There was no iterative code improvement, and the software delivery process was slow.

Let us now explore the topic of what is Jenkins and continuous integration.

Jenkins to the rescue! As a Continuous Integration tool, Jenkins allows seamless, ongoing development, testing, and deployment of newly created code. Continuous Integration is a process wherein developers commit changes to source code from a shared repository, and all the changes to the source code are built continuously. This can occur multiple times daily. Each commit is continuously monitored by the CI Server, increasing the efficiency of code builds and verification. This removes the testers' burdens, permitting quicker integration and fewer wasted resources.

Jenkins is one of the top DevOps tools because it is free, open-source and modular, and can integrate with pretty much every other DevOps tool out there. There are over a thousand plugins that you can use to extend Jenkins’ capabilities and make it more user-specific. All of these plugins and extensions are developed in Java. This means that Jenkins can also be installed on any operating system that runs on Java.

Kohsuke Kawaguchi first developed Hudson in 2004 while working at Sun Microsystems. When Oracle acquired Sun Microsystems in 2010, there was a dispute between Oracle and the Hudson community with respect to the infrastructure used. There was a call for votes to change the project name from Hudson to Jenkins, which was overwhelmingly approved by the Hudson community on January 29, 2011, thereby creating the first “Jenkins” project.

Here's how Jenkins elements are put together and interact:

The files can contain different code and be very large, requiring multiple builds. However, a single Jenkins server cannot handle multiple files and builds simultaneously; for that, a distributed Jenkins architecture is necessary.

Now you can understand the Master-Slave architecture in this What is Jenkins article.

That lets you run multiple builds, tests, and product environment across the entire architecture. Jenkins Slaves can be running different build versions of the code for different operating systems and the server Master controls how each of the builds operates.

Supported on a master-slave architecture, Jenkins comprises many slaves working for a master. This architecture - the Jenkins Distributed Build - can run identical test cases in different environments. Results are collected and combined on the master node for monitoring.

Jenkins helps to automate and accelerate the software development process. Here are some of the most common applications of Jenkins:

Code coverage is determined by the number of lines of code a component has and how many of them get executed. Jenkins increases code coverage which ultimately promotes a transparent development process among the team members.

Jenkins ensures that the code is good and tested well through continuous integration. The final code is merged only when all the tests are successful. This makes sure that no broken code is shipped into production.

What is Continuous Integration?

Continuous Integration is preferable to a Nightly Build and Integration process, run at day's end when everyone has gone home (freeing server resources). Nightly integration is limited, occurring only once per day, as opposed to the continuous process of CI. Developers agree that nightly integration is useful in situations where the build process takes such an inordinately large amount of time that it is best conducted when fewer people are accessing the servers.

In the next section, we'll learn the features of Jenkins as a continuation of our discussion on What is Jenkins.

What are the Jenkins Features?

As a part of our learning about what is Jenkins, let us next learn about the Jenkins architecture.

Jenkins is a powerful tool truly built and friendly for developers. Here are some of the most significant advantages of using Jenkins:

Jenkins is fully open-source and free to use. Since its development in 2011, it is the most preferred CI/CD tool used by developers in both early-stage startups and big organizations.

There are over a thousand different plugins that can be used to enhance the functionality of a Jenkins environment and suit the specific needs of an organization.

Jenkins can be easily integrated with a number of popular cloud platforms such as Google Cloud, Digital Ocean, Amazon EC2 and more.

Jenkins also has its own share of disadvantages. Here are some of the most common ones:

Jenkins is more developer-centric and feature-driven. A person may need to have some sort of developer experience to use Jenkins.

There are some issues (such as Jenkins not starting up) that you may face when you change the settings in Jenkins. These issues can come up when you install some plugins as well. Fortunately, Jenkins has a large user base so you can search online for a solution whenever you are faced with these issues.

Jenkins provides developers with an excellent framework from which they can develop and test new codes, resulting in the faster delivery of better quality software. By avoiding costly delays and log jams, developers can become an organization's MVPs.

Looking forward to begin a career in DevOps? Assess your knowledge on the various tools with these DevOps Engineer MCQs. Try now!

Knowing what is Jenkins isn’t enough, if you're eager to get skilled in the fundamentals of Jenkins and how to continually implement and deploy codes in a DevOps environment, you can enroll for the Jenkins Certification Training Course and learn to integrate automated tests to verify the build pipelines and set up code quality reporting. You can even get skilled in server automation, continuous integration, continuous deployment, build pipelines, and more.

Any developer wishing to remain competitive and equipped with the best skills should be familiar with Jenkins and other DevOps tools. Simplilearn offers a DevOps Engineer Course that prepares students for a career in DevOps. Participants become experts in the principles of continuous development and deployment, configuration management automation, inter-team collaboration, and IT service agility. The course covers relevant DevOps tools such as Git, Docker, Cucumber, Ansible, TeamCity, Nagios, and (of course) Jenkins.