HomeResourcesData Science & Business AnalyticsWhat is R: Overview, its Applications and what is R used for?

What Does a BI Developer Do: Roles, Responsibilities, Salaries, and Skills Required

What is R: Overview, its Applications and what is R used for? 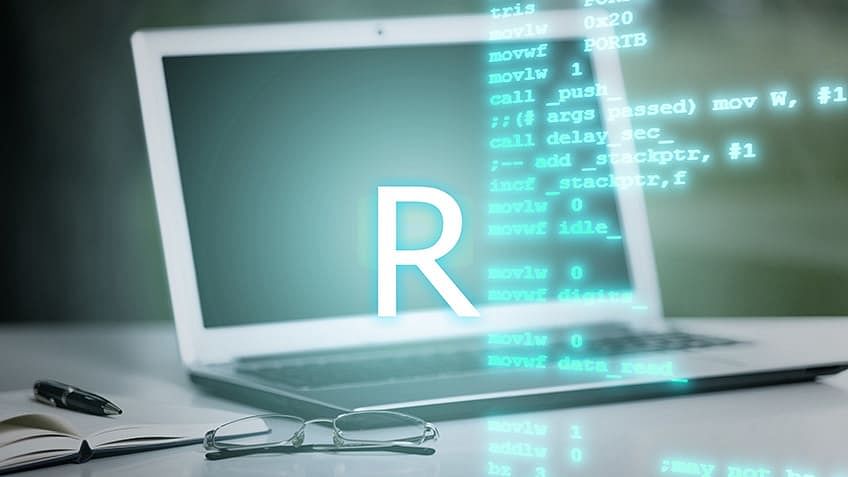 Since there are so many programming languages available today, it’s sometimes hard to decide which one to choose. As a result, programmers often face the dilemma of too many good choices. It’s enough to stop people in their tracks, paralyzed with indecision!

Let’s kick off our journey of discovery by answering the question: “What is R?”.

Start Your Data Science Career with Us!

What better place to find a good definition of the language than the R Foundation’s website? According to R-Project.org, R is “… a language and environment for statistical computing and graphics.” It’s an open-source programming language often used as a data analysis and statistical software tool.

The R environment consists of an integrated suite of software facilities designed for data manipulation, calculation, and graphical display. The environment features:

The syntax of R consists of three items:

R is a universal programming language compatible with the Windows, Macintosh, UNIX, and Linux platforms. It is often referred to as a different implementation of the S language and environment and is considered highly extensible.

What Is R and What Are the Advantages?

The R programming language has a lot going for it. Here is a list of some of its major strong points:

Does R Have Any Drawbacks?

What language doesn’t? When answering the question “What is R?” we should also look at some of R’s not so great aspects:

What is R Used For?

Although R is a popular language used by many programmers, it is especially effective when used for

R offers a wide variety of statistics-related libraries and provides a favorable environment for statistical computing and design. In addition, the R programming language gets used by many quantitative analysts as a programming tool since it's useful for data importing and cleaning.

As of August 2021, R is one of the top five programming languages of the year, so it’s a favorite among data analysts and research programmers. It’s also used as a fundamental tool for finance, which relies heavily on statistical data.

The Popularity of R by Industry

This graph, provided by Stackoverflow, gives you a better idea of R programming language usage in recent history. Given its strength in statistics, it's hardly surprising that R enjoys heavy use in the world of academia, as illustrated on the chart.

If you’re looking for specifics, here are ten significant companies or organizations that use R, presented in no particular order.

Your Dream Career is Just Around The Corner!

What Are the Most Popular R Packages?

R packages are defined as collections of R functions, sampled data, documentation, and compiled code. These elements are stored in a directory called “library” within the R environment and are installed by default during installation.

R packages boost R’s power by improving the existing functionalities, collecting sets of R functions into one unit. In addition, the R package is a reusable resource, which makes a programmer's life much easier.

Here’s a chart illustrating the most popular R packages based on questions asked, provided once again courtesy of Stackoverflow.

What is R and What are Some Popular R Books

Despite the massive popularity of Internet articles (ahem!), the printed word isn’t dead. Consequently, there are many excellent books you can find that cover the R programming language exceptionally well. Here is a list of excellent "printed word" resources to help round out your R language skills and understanding of what is R.

What Is R and Which Language Is Better: Python or R?

According to StatisticsTimes, C is the top programming language as of August 2021 (R is in fourth place on the list). But both Python and R are popular and have their share of adherents. But which one is the best?

As you might expect, the answer isn’t so cut and dried. There are factors to consider. So, as you ponder your options and puzzle out the language that is best (for you!), ask yourself these questions:

Looking forward to becoming a Data Scientist? Check out the Data Science Certification and get certified today.

How Would You Like to Become a Data Scientist?

Today’s businesses are looking for more data scientists. Could you be one of them? Simplilearn’s Data Science With R Certification Course covers data exploration, data visualization, predictive analytics, and descriptive analytics techniques with the R language. You will learn about R packages, how to import and export data in R, data structures in R, various statistical concepts, cluster analysis, and forecasting.

Don’t delay. Let Simplilearn give you a head start in an exciting career in data science! Check out our courses today!