Lesson 8 of 33By Mayank Banoula 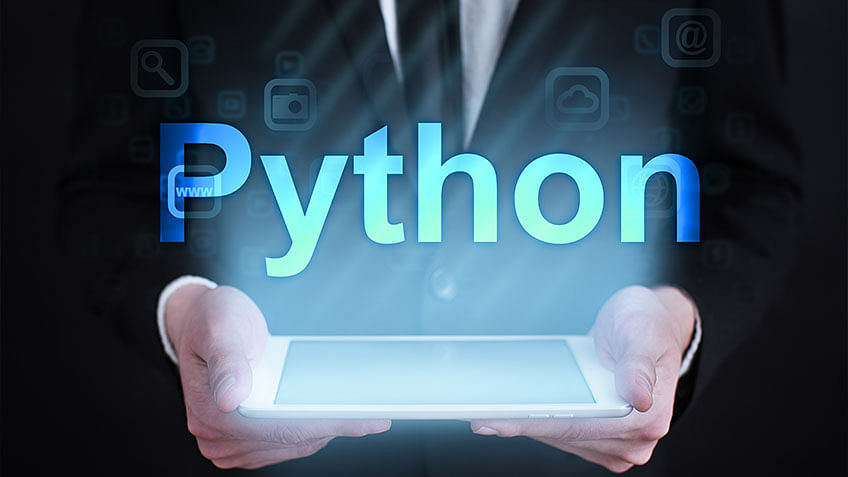 In this article, we will explore Linear Regression in Python and a few related topics:

Let us now take a look at the machine learning algorithms before we actually get learning about Linear Regression in Python.

Regression is divided into three types:

Applications of Linear Regression in Python

Let’s look at a few applications of linear regression.

Linear regression is used to determine the economic growth of a country or a state in the upcoming quarter. It can also be used to predict a nation’s gross domestic product (GDP).

Linear regression can be used to predict what the price of a product will be in the future, whether prices will go up or down.

Linear regression can be used to estimate the number of houses a builder will sell in the coming months and at what price.

Linear regression can be used to predict the number of runs a baseball player will score in upcoming games based on previous performance.

Linear regression is a statistical model used to predict the relationship between independent and dependent variables by examining two factors:

To understand the terms “dependent” and “independent variable,” let’s take a real-world example. Imagine that we want to predict future crop yields based on the amount of rainfall, using data regarding past crops and rainfall amounts.

The value of this variable changes when there is any change in the values of the independent variables, as mentioned before. It is often denoted by a “y.” In our example, the crop yield is the dependent variable, and it is dependent on the amount of rainfall.

Look at this graphic:

Here, we’ve drawn a line through the middle of the data. The red point on the y-axis is the crop yield you can expect for the amount of rainfall (x) represented by the green dot.

If we have an idea about the amount of rainfall for a year, then we can predict how plentiful our crop will be.

Next, in our learning about the Linear Regression in Python, let us look at the reason behind the regression line.

Reasoning Behind the Regression Line

Let’s consider a sample data set with five rows and find out how to draw the regression line. We’ll take two sets of data in which x is the independent variable and y is the dependent variable:

This is a graph with the data plotted:

We plot both means on the graph to get the regression line.

Now we’ll discuss the regression line equation. The computation is:

We have calculated the values for x2, y2 and x*y to calculate the slope and intercept of the line. The calculated values are:

The linear equation is:

Let’s find out the predicted values of y for corresponding values of x using the linear equation in which m = 0.6 and c = 2.2 and plot them.

You can observe that the sum of squared errors for this regression line is 2.4. We check this error for each line and determine the best-fit line having the lowest e square value. The graphical representation is:

The above example shows the most commonly used formula for minimizing the distance. There are lots of ways to minimize the distance between the line and the data points, such as using the sum of squared errors, the sum of absolute errors and the root mean square error.

So far we have dealt with only two values, x and y. But it’s very rare in the real world to have only have two values when you’re calculating. Let’s talk about what happens when you have multiple inputs.

Want To Become an AI Engineer? Look No Further!

In simple linear regression, we have the equation:

For multiple linear regression, we have the equation:

Let’s discuss how multiple linear regression works by implementing it in Python.

A venture capital firm is trying to figure out which companies it should invest in. We need to predict the profit of each company based on its expenses in research and development, marketing, administration and so on.

Looking forward to begin a career career in the Machine learning industry? Try answering this Machine Learning Quiz and assess your understanding of the concepts.

According to research, artificial intelligence was a $21 billion market in 2018, and that’s expected to reach more than $190 billion by 2025. This explains tech companies’ growing interest in developing AI-based devices and the need for data scientists. Many professionals are looking to gain expertise in this evolving world of machine learning and AI to take the next big leap in their careers. Simplilearn’s AI and ML Course, Machine Learning Course is helpful if you want to master the concepts of machine learning. The course covers basic to advanced aspects of machine learning, such as regression, classification, and time series modeling. Get certified today and take your career to the next level!