What is User Acceptance Testing? A Complete Guide 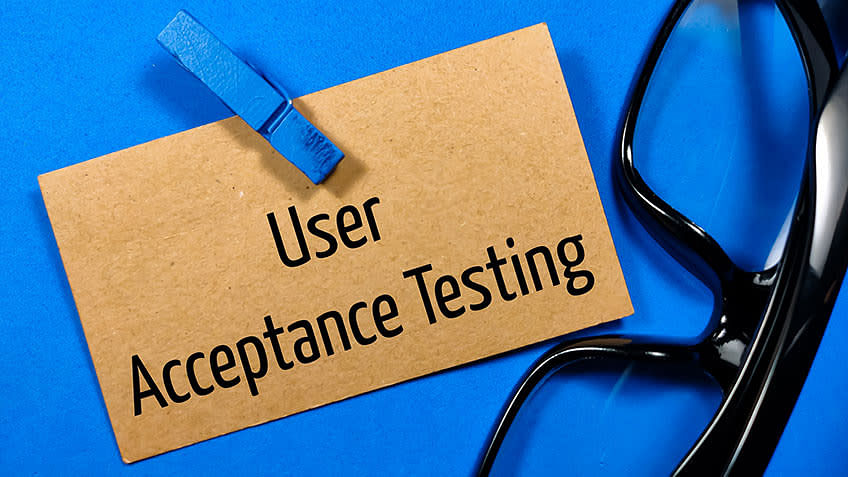 When a studio wants to see how well an upcoming movie will do, they hold advance screenings for test audiences. And in some cases, that audience feedback has caused studios to cut out scenes, add new ones, change endings, and do reshoots. People’s opinions and experiences matter and can affect the outcome of a release.

Let’s get things started with a definition.

What Is User Acceptance Testing?

User acceptance testing, also called end-user, user acceptability testing, or beta testing, is the process of testing software by the clients or users to see if the product is acceptable for release or not. The testers are familiar with the software’s business requirements, so they can adequately gauge the product’s readiness.

When Is It Performed?

UAT is considered the last phase of the software testing process, conducted after the functional, system, and regression tests are complete. It’s the final test run before the product goes live or before the client accepts delivery. Consider the UAT to be the bow sitting atop the testing package; it’s not conducted until all other testing is done.

Alpha, beta, and UAT all fall under the category of acceptance testing.

The testers consist of either people in the target market of potential buyers or a testing team of end-users that includes stakeholders and representatives of every group in the organization.

Technical people who develop software create a product according to the required specifications. That’s their job. However, even if they do everything exactly right, there are still factors such as processes or business requirements that only end-users would understand and want. Sometimes there’s even miscommunication over what’s needed in the application.

Testing plays a significant part in ensuring that all the business requirements have been met before the product goes live. However, in the long run, it's more expensive to fix post-release bugs and errors than it does to run user acceptance tests.

So, by engaging in user acceptance testing, the application’s vendor can make sure that the software does what it’s designed to do for the paying customer and that it functions correctly. If it doesn’t, errors can be corrected and features tweaked to conform to consumer expectations.

Acceptance testing is part of the V-Model, a model where processes run in a sequential manner resembling a “V.” V-Models are also called Verification and Validation models. User acceptance testing falls at the end of one of the “V” branches, the final step.

Before a software developer undertakes user acceptance testing, it should ensure that it has taken care of the following issues and specifications:

The overall process is best broken down into three phases: planning, design, and execution.

Typically, the system and UAT are planned together. This activity chiefly involves creating a user acceptance test plan, encompassing the test dates, environment, participants, roles and responsibilities, templates, communication protocols, results and their analysis process, and the entry-exit criteria.

This stage covers the collected acceptance criteria from the users. This criteria often consists of a list of test cases, typically using a template that has fields for test number, acceptance requirements, test results, and user comments.

Whenever possible, the testing occurs in a "war room" or conference room sort where all participants assemble for a day (or several) and work through the list of acceptance test cases. Once the tests are done and the results completed, the powers that be make an Acceptance Decision, also known as the Go/No-Go decision. If the users are satisfied, it's a "Go." Otherwise, it's a "No-go."

These tools are like the tools used in functional testing.

The Agile methodology can work with user acceptance testing. At the start of the project, business users would assume the role of key stakeholders. At the end of each sprint, these business users would participate in the demo and offer feedback. Additionally, the sprint would get an additional phase dedicated to the UAT, where the business users handle their validations.

The UAT Team: Its Roles and Responsibilities

The UAT team consists of the following members.

What Is User Acceptance Testing: Seven Challenges of UAT and Mitigation Plans

Here are the seven obstacles that a good team must overcome to create a successful software delivery.

What Is User Acceptance Testing: How to Make Your UAT Even More Effective

Here are a few tips to help you get the most out of your user acceptance testing.

Make sure your solution can engage both the business and functional users. Employ collaborative technology to ease coordination between diverse groups.

Employ a good test management solution to accommodate changing scoping needs based on user input. Create test plans that can be re-used.

For example, use automated documentation to optimize your UAT testing and avoid time-consuming cut and paste functions.

Improve Your Tracking and Monitoring Capabilities

For example, use real-time dashboards to let you track multiple test cycles at the business and test levels.

If users aren’t aware that it’s time for them to do their part in the testing cycle, it can create delays and bottlenecks. Employ embedded workflow automation tools to notify users when it’s their turn to run a test or use a “close” message to tell developers that a test succeeded.

Employ defect management tools to avoid communication issues and time-zone difficulties. These tools reduce wasted time by using automated messages that alert the developers of testing errors so that testing can be halted until the issue is resolved.

Do You Want to Become a Full Stack Java Developer?

Full stack Java developers are in heavy demand. If you want to pursue this exciting career, Simplilearn has what you need! Their Full Stack Java Developer Master’s program gives you a thorough understanding of front-end, middleware, and back-end Java web developer technologies. You will receive training in how to build an end-to-end application, test and deploy code, store data using MongoDB, and much more.

According to Glassdoor, Java full-stack developers in the United States earn an annual average of $108,394.

Check out Simplilearn today, and either upskill your developer tools to include full stack Java development or train for a whole new career direction.