HomeResourcesSoftware DevelopmentJMeter Tutorial: Getting Started with JMeterAll You Need to Know About JMeter Load Testing

All You Need to Know About JMeter Load Testing

Lesson 2 of 4By Ishan Gaba 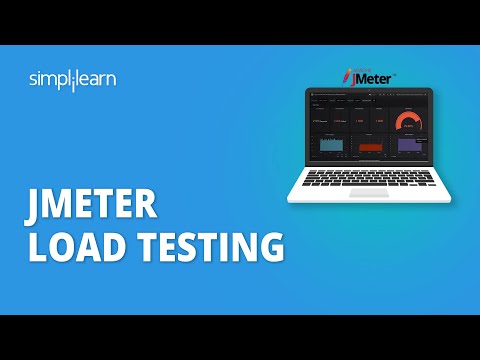 Every web application that has ever existed has a maximum load capacity. If the load goes beyond a web application's capacity, the application might become slow or produce errors or just become useless. So, it becomes of utmost importance to perform load testing as a part of performance testing.

The most important tool used to perform this load testing is JMeter, and we often use hence the term JMeter Load Testing.

We shall begin the article by learning the basics of load testing.

What Is Load Testing?

There are different types of performance testing, and one of them is load testing. The load testing is performed to determine a system's performance concerning its real-life conditions.

The sole motive to perform load testing is to check how much a load a system can handle. It confirms if a device or software can handle the load per the user's demand.

Furthermore, load testing is utilized for the identification of the maximum operating capacity of any application. With the help of load testing, you can determine if the present infrastructure is enough to run the application. Lastly, the test identifies the number of users that can work on an application concurrently.

Load testing proves itself very significant when it comes to determining user demands and satisfaction. Several tools make load testing possible, such as:

We will be having a look at JMeter Load Testing in this article. Before that, let us have a look at the basics of JMeter.

The Apache JMeter, popularly known as the JMeter, is open-source software. The software is a 100% pure Java application developed to load testing functional behavior and measuring performance.

JMeter was initially developed to test applications, but it has expanded to several other test functions with several advancements. It is used to execute performance testing, functional testing, and load testing. The software is used to simulate a significant amount of load on a server or a group of servers to test the strength and analyze the strength under different load types.

Why Do We Use JMeter for Load Testing?

Some of the major reasons why we use JMeter are:

How to Perform JMeter Load Testing?

Before we begin with JMeter load testing, make sure you have JMeter installed in your system.

In this, we are going to create a basic test plan in a few simple steps.

Now once you click on Thread Group, there are three things on the screen that are important concerning the load test:

The next step is to add an HTTP Request Defaults

This is done so that multiple HTTP requests can be sent to the same server.

In the window that appears, fill the Server Name or IP with the name of the server you want to test. Here, we have used Simplilearn’s website.

Any number of HTTP requests can be added. Further, all you need to do is repeat the above step.

Listeners are something that is used to provide the outputs of a load test. There are different types of listeners present in JMeter, and a good deal may be added using plugins.

The listener we will use here is the Table, as it is comparatively easy to read.

A value for Filename may be typed to output the results to a CSV file.

You will see the test results in the Table, as shown below:

The result shows the status of all the requests as “Success”. Then there are two important columns, Sample Time (ms) and Latency.

Latency refers to the number of milliseconds between the time JMeter sent the request and when an initial response was received.

Sample time refers to the milliseconds taken by the server to complete the request.

You can try the same demo by fluctuating the values of the number of threads or the loop. When you fluctuate these values, the sample time value or other output values will begin fluctuating, telling you if the system is overburdened or just fine.

If you want to know more about installing JMeter on your system and running a demo test, you can check this video.