HomeResourcesQuality ManagementWhere Did Quality Control Come From? Its Roots, Pioneers, and Successors

Where Did Quality Control Come From? Its Roots, Pioneers, and Successors 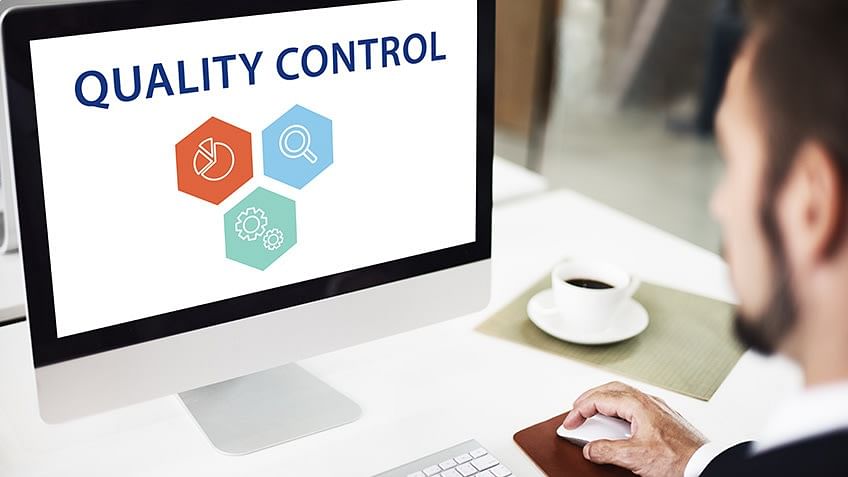 The 6th Edition of the PMBOK guide is due to change the work of Quality within projects. You can read about these specific changes here, but to fully understand the role of quality management, we must discuss the history of Quality—where it came from, and how this knowledge area came to be part of the PMBOK guide.

The Quality Knowledge Area framework was conceived from business best practices. Quality isn’t getting work done; it’s getting the work done correctly. The adoption of Quality into business and general work makes a statement that says we listen to our customers, and we use that as the focus of our work. Satisfaction is the goal—the customer provides their approval, and then we exchange money for goods and services.

At the beginning of the 20th century, manufacturing industrialization was allowing businesses to become incredibly profitable, quickly. There seemed to be no need to do good work. You just had to do a lot of it. However, there was interest in using data to forecast and make better decisions. Frederick Taylor was an early promoter of this concept—the use of data and analysis to determine and control work, to increase consistency and value.

Taylor’s book, “The Principles of Scientific Management”, released in 1911, discussed the need for consistency and less inefficiency in work. Taylor also stated that a global assumption must be fought—mere volume of work would not increase profitability and business value. Taylor proposed analytical tools to increase correctness of work, and that people turn away from the ‘rules of thumb’ which governed general business.

This was only one of many introductions of statistical analysis and thought to industrialized business. Statistics was assisting science at the time, too. G. Polya, a mathematics professor at Stanford during the mid-20th century, was reviving the “Heuristic”—an analytical approach to problem-solving, attributed to ancient Greek sciences.

Through an inter-office memo at Bell Telephone, Walter Shewhart mapped out the fundamentals of what was to become Statistical Quality Control, using the understanding of data against the normal distribution, inspection, and analysis to more accurately control processes and results.

Another future giant, G. Edwards Deming, was to grow up in this environment and learn to embrace this understanding of quality control as a natural best practice. Deming was inspired by Shewhart’s work and advanced this into non-manufacturing systems in the 1930s. Deming found interest in his work through the Federal Census efforts of 1940, but businesses weren’t interested. So he heeded the call of Douglas MacArthur and went to Japan to try out his luck in rebuilding Japanese business.

He went to Japan three times in total, and in his words, “... students, leaders, and top industrialists listened, learned, and ‘absorbed’.” Results were astounding and gave American business a shocking call to action in the 1970s.

Joseph Juran, a contemporary of Deming’s, rose up through Western Electric, into the newly formed Inspection Statistical department. From there,  after World War II, he became a freelance consultant and taught at New York University. The release of Dr. Juran’s book in 1951, “Quality Control Handbook” led to an invitation to also travel to Japan, in 1954.

Deming was a proponent of Statistical Control, where Juran focused on managing for Quality—the top-down, leadership perspective of driving change. Leadership training has had a lasting impact many years after implementation; it wasn’t until the late 1970s and 1980s that Japan’s manufacturing performance outshone United States manufacturing. However, by then, the impact and cause were easily understood.

The effort involved took input from more than just Deming and Juran; Philip Crosby and Peter Drucker helped to push the standardization and promotion of both parts of quality. Something so impactful and large is only successful through the development, promotion, and adoption of everyone.

A set of general concepts and tools would become known as Total Quality Management (TQM). This, in addition to other global efforts, became part of the creation of the International Standards Organization (ISO) 9000 family of standards.

The first edition of the PMBOK, released in 1987, and the Guide to the PMBOK in 1996, discussed quality in the same format as the ISO 9000 standards. This is the same set of work that is presented, taught, and absorbed in every ’business school quality’ context. We stand on the shoulders of more than a few brilliant people; it’s now your responsibility to further add value to this body of work. We are all peers—the framework we ascribe to and the work we do is better as we learn, grow, and share together.

Understanding where it got its start is an instrumental first step to understanding why Quality Control is a necessary skill in business. Ready to take the next step? Learn about our training in Lean Management, Six Sigma, and other related courses.

Tim Jerome, PMP® MBA, has led and supported projects globally for over 15 years. Tim has taught Project Management and PMP® Certification preparatory courses for over 10 years, assisting in educating and supporting hundreds of project managers.