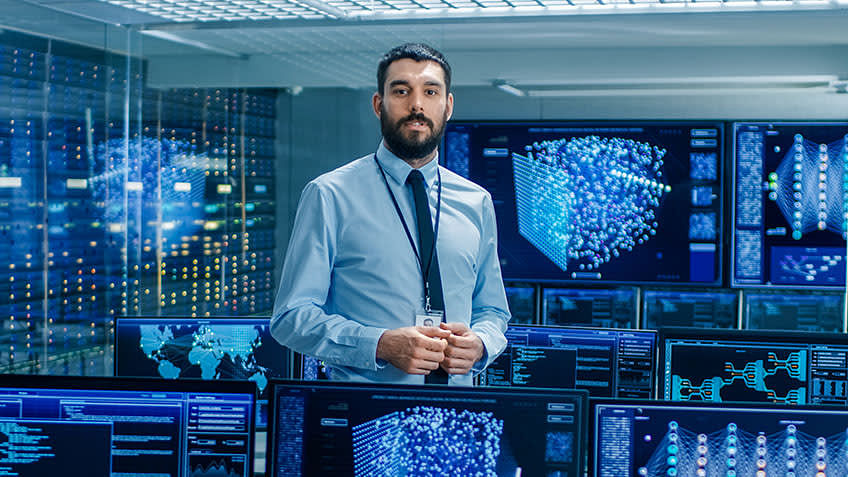 Our world generates more data than ever and shows no signs of letting up, which means the demand for people who can work with that data will also keep growing. But, to attract data scientists, you need to pay them and pay them well.

Additionally, U.S. data scientist salaries can vary by state and company, expanding the search with more variables. So, searching for the best-paying data scientist position can be a potentially daunting task. But cheer up because help is on the way!

We have researched the best U.S. data scientist salaries and now present them here to you. But before we look at those numbers, let’s pause for a quick definition review:

Data scientists are analytical data experts who combine the traits of a trend spotter, a mathematician, and a computer scientist. They use their skills to collect, analyze, and transform data into workable solutions for everyday business problems. Their duties include:

If you want to learn more about what it’s like to be a data scientist, check out this article.

Also, there are many positions available that are related to or overlap the role of the data scientist. Occasionally, companies refer to data scientists by entirely different names! Here is a list of positions that share an affinity with data scientists.

Data Scientist Salaries in the U.S.

Let’s begin with a broad list of the top-paying states for data scientist jobs. Naturally, like any other list, the entries are not absolute; there are always statistical outliers. But, as of March 2022, Ziprecruiter has declared the following as the top ten best-paying states, in descending order:

Let’s move away from the big picture and instead focus on the nine highest paying cities for data analysts in the United States, as reported by Indeed. These entries include what companies you can find there and what positions they’re hiring for, if applicable.

All salary figures are annual averages, also factoring in an average number of years of experience.

Although there is very little salary information for many of Meta’s open positions, statistics show their average salary comes in at $195,852 per year.

Remember that these positions and salaries can change every week, sometimes even every day! However, this gives you an idea of what’s out there and the U.S. data scientist salary range you can expect. Good luck!

Looking forward to becoming a Data Scientist? Check out the Data Science Program and get certified today.

Do You Want to Become a Data Scientist?

So you’ve seen the kind of opportunities and salaries available to Data Scientists and related positions and decided that it’s the career for you. Now what? Well, it’s time to get the needed skills in order. Luckily, Simplilearn has what you need. Caltech Data Science Bootcamp, powered by Simplilearn, can get you started on this exciting career path.

Thoughtfully designed for working professionals who want to master data science, the program features masterclasses by distinguished Caltech faculty and IBM experts, including exclusive hackathons and Ask Me Anything sessions hosted by IBM.

Our data-hungry world needs more data scientists. Could you be one of them? Visit Simplilearn today and find out!