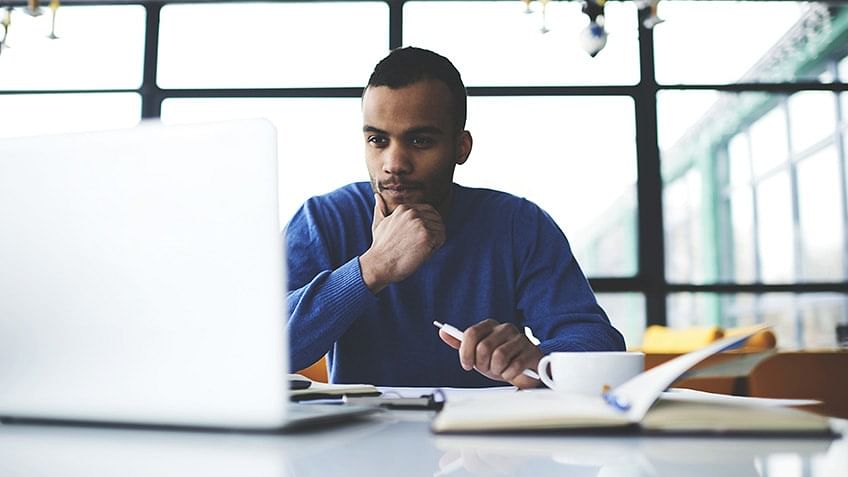 Podcasts, webcasts, and webinars are excellent ways to broadcast a message to your target audience. According to the 2017 Infinite Dial Study, 67 million Americans—nearly a quarter of the U.S. population—listen to podcasts monthly. ON24 reported over 60,000 global webcasts in 2015. They’re a unique way to present information in a way that’s often informal, interactive, and efficient. But how do you know which medium is right for your business objectives? Which will boost the highest attendance, or give you the biggest bang for your buck? Should you test them all?

In this article, we discuss the key features of these broadcast mediums so that you can decide which is the right tool for your needs.

A podcast is simply an audio file that your audience can stream or download from the internet and listen to at their convenience. As an example, here is one of our podcasts on the topic of “social selling”:

All you need to get started is a microphone and an interesting topic, so podcasting is generally easier and cheaper than hosting webcasts or webinars. You can create a basic podcast with just your smartphone, although you may want to invest in a dedicated microphone and audio editing software for a more polished final product.

Podcasts are pre-recorded, so they are not well suited to situations that require audience interaction. Also, without the help of visual aids such as presentation slides and body language, you must turn to other ways of effectively engaging your audience. One benefit of this format is that you are free to make mistakes and experiment with different topics while recording. You can then edit or cut segments before the final release. Another benefit is that, unlike live broadcasts where audience members may tune in at different times and miss part of your message, podcast listeners get the whole picture (if they do, in fact, listen from beginning to end). Listeners also have the flexibility of consuming the content anytime, anywhere. In fact, the Infinite Dial Study found that 18 percent of podcast listening occurs in the car.

Another important consideration is audience makeup. The Infinite Dial Study reports that podcasts are slightly more popular among men than women (27 percent of American men listen monthly, compared to 21 percent of women). Podcasts are also more popular among younger listeners. For instance, 31 percent of Americans in the 25-54 age group tune in monthly, whereas that figure tapers off to 12 percent for those 55 or older.

A key differentiating feature of podcasts is that people can subscribe to receive your latest recordings automatically through RSS feeds. This makes podcasts a great choice for recurring content pieces that may be part of an episodic series.

Similar to podcasts, webcasts follow a “one-to-many” model where you, the broadcaster, share a message with your audience through a one-way flow of information. As a result, you can reach a lot of people, but there typically is not much attendee-to-host or attendee-to-attendee interaction beyond basic text chat.

One key difference between podcasts and webcasts is that webcasts include both audio and video. Another difference is that webcasts are presented live, although they can also be made available for later on-demand viewing. Webcasts are, therefore, a great option for sharing events with a wider audience. For example, Apple released the iPhone X in September 2017 during a special event at Steve Jobs Theater in Cupertino, California. However, the auditorium only has a 1,000-seat capacity. So, Apple live-streamed the event on its website, allowing millions more people worldwide to tune in and share in the excitement via webcast. Here is a quick recap of the event:

Thanks to the buzz created by this event, pre-orders for the iPhone X sold out within 38 minutes on the first day!

Meetings are another great way to use webcasts. For instance, Berkshire Hathaway’s annual shareholder meeting in Omaha, Nebraska, draws more than 40,000 attendees per year. Starting in 2016, the company began live streaming the meeting on Yahoo, allowing investors to participate without having to travel.

Just as with podcasts, webcasts can be created at low cost using just a smartphone and a free broadcasting platform like YouTube, Facebook Live, or Twitter’s Periscope. However, costs can certainly start to add up in the form of audiovisual equipment, spending on promotion, and more depending on the scope of your webcast.

A webinar, or “web seminar,” is similar to a webcast in that it is initially delivered live and includes both audio and video components. Here is an example of a webinar on the topic of digital selling:

Webinars are typically used for education and training purposes, so they require a significant level of interaction in the form of:

To allow for more rich interactions, webinars are kept relatively small (on the order of tens or hundreds of attendees, compared to podcasts and webcasts which can easily reach millions).

Webinars can be costly. For instance, you will need dedicated webinar software, such as On24 or Adobe Connect, if you want to take advantage of many of the interactive tools listed above. According to a survey conducted by ReadyTalk, the average cost of conducting a webinar ranges from $100 to $3,000. Some of the other costs can include marketing to boost attendance, and hiring guests and even hosts to speak as experts on a given topic.

Best practices dictate that webinars be no longer than an hour. In fact, according to webinar company BigMarker, 85 percent of attendees prefer a webinar to be 45 minutes or shorter. By comparison, the Apple and Berkshire Hathaway webcasts discussed in the previous section ran for two hours and seven-and-a-half hours, respectively. BigMarker also reports that people will generally only commit to attending one webinar per week. This contrasts markedly with the finding that the average podcast fan listens to 5 shows per week. If you are trying to schedule your own webinar, aim for a Tuesday, Wednesday, or Thursday. These three days, according to ON24’s 2017 Webinar Benchmarks Report, account for 78 percent of webinar attendance.

Here’s a breakdown of the differences between the three platforms:

Now that you know the key features and benefits of podcasts, webcasts, and webinars, take some time to experiment with all three and see how they best fit into your marketing strategy. Host a live Q&A session via webcast. Provide a product demo for prospective customers through a webinar. For a more in-depth look at best practices in video marketing, check out our Video Marketing Course and our Digital Marketing Specialist Master Course.

Share tips about your product or service through a daily or weekly podcast. Get creative, have fun, and share your findings and tips in the comments down below!

Zuhayr is a marketing consultant and the Founder of Zak & Zu Marketing, where he helps businesses, entrepreneurs, and nonprofits worldwide leverage the power of digital media to connect with their customers and grow. His specialties include content marketing, social media, email marketing, SEO, and more. Zuhayr partners with Simplilearn to develop content that helps others gain the skills they need to achieve their personal and professional goals.