ETL Developer Salary by Experience for India and USA in 2023 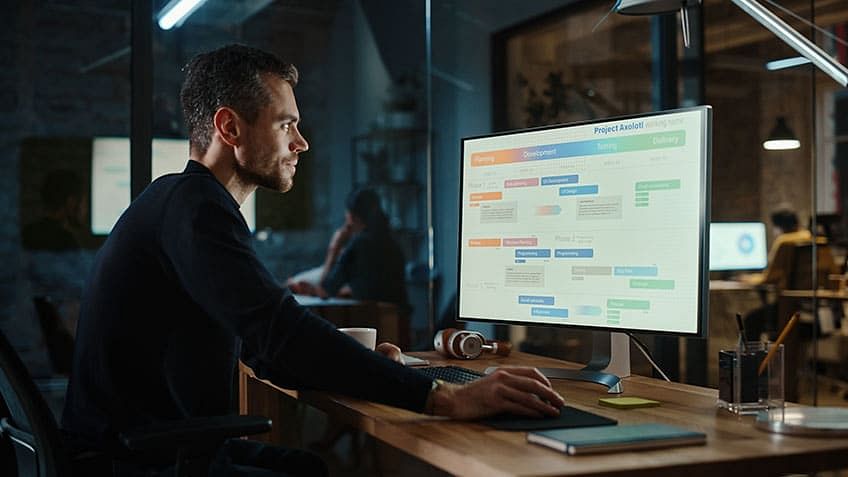 ETL is an acronym for Extract, Transform and Load, and it's a technique used to extract data from one database, transform it into another format, and then load it into another database.

This software has been around since the 1960s, but it's only recently gained popularity as a way to automate moving data around in a database environment. Thanks to its ability to handle almost any data and its flexibility in changing business processes.

It's also an excellent option for companies who prefer not to hire full-time IT staff because ETL tools can be set up by anyone with basic knowledge of how databases work. Because they're so easy to use, they're becoming more popular than ever, and there are also more opportunities available for ETL developers!

What Do ETL Developers Do?

ETL developers are the backbone of big data. They're responsible for "extracting" data from different sources, "transforming" it into a format that can be used by other software, and "loading" it into the appropriate storage system.

They're often tasked with doing this in a cost-effective and scalable way, so they have to ensure they're saving time on manual processes when automation could do the job faster and more efficiently.

A data ETL developer also works with a business analyst to determine the types of data to collect and the frequency of data collection. What transformations are needed to load the data into a database or other storage system, and how long should each step take?

Boost Your Salary With Our Degree!

ETL Developer Salary According To Location and Experience

ETL Developer Salary in the US

If you're looking for a high-paying job that can benefit your community, consider becoming an ETL developer.

ETL developers are some of the most highly paid-workers in the tech industry. Their salaries range from $86,000 to more than $136,500 per year.

The entry-level ETL developer salary in India is ₹ 3.6 Lakhs.

ETL developers are the backbone of the data analytics world, and the average annual salary for ETL developers in India is ₹ 5.5 Lakhs.

ETL developer salaries in India are on the rise, with experienced ETL developers earning more than ₹ 10 lakhs per year.

ETL Developer Salary in the UK

If so, you're probably wondering what kind of salary you can expect. The average ETL developer salary in the United Kingdom is £50,000 per year or £25.64 per hour. Entry level positions start at £40,000 per year.

According to Talent, the average salary for an ETL developer in the UK is £65,000 per year.

Stand Out With Our Master's Certificate

The future outlook for ETL (Extract, Transform, Load) developers is generally favorable. ETL developers are responsible for extracting data from various sources, transforming it into a format that can be analyzed, and loading it into a database or data warehouse. ETL developers are in demand in multiple industries as businesses increasingly rely on data to inform their decision-making and drive their operations.

Several factors contribute to the positive outlook for ETL developers:

Overall, the future outlook for ETL developers is positive, with strong demand for professionals with these skills and opportunities for advancement and earning potential.

Data Engineering is the hottest skill in the business world right now. If you want to get ahead of the curve, you need to learn it, and that's where Simplilearn's Data Engineering Certification course comes in.

In this program, you'll learn from industry experts about the tools and techniques used to collect, store, process, and analyze data. You'll also learn how to plan for optimal infrastructure, including AWS and Azure certifications, which means when you finish this program, your resume will be ready for action.

1. Is ETL developer in demand?

Yes, ETL (Extract, Transform, Load) developers are in demand in various industries. As businesses collect and analyze more data, there is increasing demand for professionals with the skills to extract, transform, and load data. ETL developers are responsible for pulling data from various sources, converting it into a format that can be analyzed, and loading it into a database or data warehouse.

2. Is an ETL developer a data engineer?

In fact, they would typically work with an architect who has already developed these systems, and would instead focus on how to move data between them effectively.

3. What does the ETL developer do?

ETL (Extract, Transform, Load) developers are responsible for extracting data from various sources, transforming it into a format that can be analyzed, and loading it into a database or data warehouse. ETL developers typically work with structured and unstructured data and may use various tools and technologies to extract, transform, and load data.

4. What is the ETL Developer salary in the USA?

According to data from Glassdoor, the average salary for an ETL developer in the United States is $80,928 per year as of 2021. However, salaries can range from as low as $53,000 per year to as high as $118,000 per year, depending on the specific job and the individual's qualifications.

ETL developers are responsible for extracting data from various sources, transforming it into a format that can be analyzed, and loading it into a database or data warehouse. This process typically requires programming languages and tools to extract, transform, and load data.

6. Does ETL have coding?

ETL has coding, but it's different from what you're used to seeing.

ETL is mostly about using various tools to move data from one place to another. Sometimes, you'll use code to process that data and do something with it before moving it on again. But it's not writing programs or anything that could be considered "code."

Find Professional Certificate Program in Data Engineering in these cities