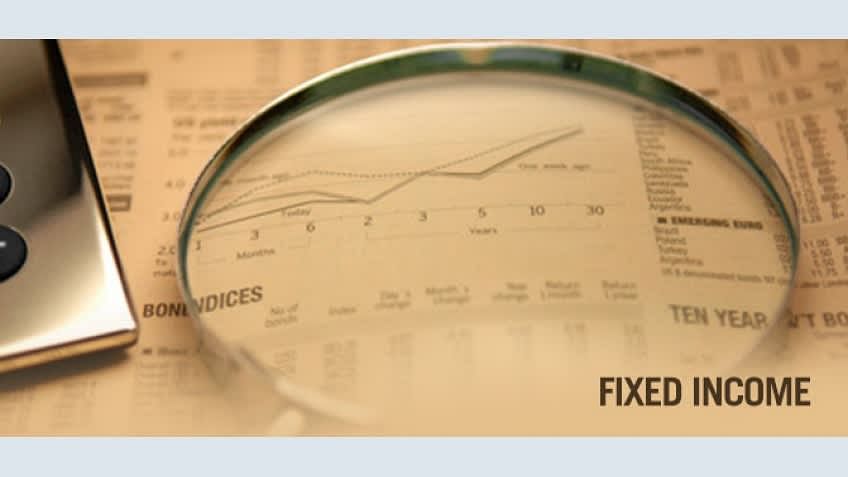 Fixed income refers to any type of investment where the borrower or issuer is obliged to make payments of a fixed amount on a fixed schedule: For example, if the borrower has to pay interest at a fixed rate once a year, he has to repay the principal amount on maturity.

Fixed-income securities can be contrasted with equity securities, often referred to as stocks and shares, which create no obligation to pay dividends or any other form of income. In order for a company to grow its business, it must often raise money: to finance an acquisition, buy equipment or land or invest in new product development.

The terms on which investors will finance the company will depend on the risk profile of the company. The company can give up equity by issuing stock, or with the promise to pay regular interest and repay the principal on the loan (bond, bank loan or preferred stock).

The term "fixed" in "fixed income" refers to both the schedule of obligatory payments and the amount. "Fixed income securities" can be distinguished from inflation-indexed bonds, variable-interest rate notes and other similar aspects. If an issuer misses a payment on a fixed income security, he is in default, and depending on the relevant law and the structure of the security, the payees may be able to force the issuer into bankruptcy. In contrast, if a company misses a quarterly dividend to stock (non-fixed-income) shareholders, there is no violation of any payment covenant, and no default.

The term fixed income is also applied to a person's income that does not vary materially over time. This can include income derived from fixed-income investments such as bonds and preferred stocks or pensions that guarantee a fixed income. When pensioners or retirees are dependent on their pension as their dominant source of income, the term "fixed income" can also carry the implication that they have relatively limited discretionary income or have little financial freedom to make large or discretionary expenditures.

Of all the fixed Income Instruments FD, Certificate of deposits, Commercial Papers, PTC bonds have always been the center of focus be it Government or corporate bonds.

What is a bond?

By definition, bonds are debt obligations issued by government/Corporate entities. When you buy a bond, you are loaning money to the issuer in exchange for a set number of interest payments over a predetermined period. At the end of that period, the bond reaches its maturity date, and the full amount of your original investment is returned to you.

Tracking bonds can be about as thrilling as watching a chess match, whereas watching stocks can have some investors as excited as NFL fans during the Super Bowl. However, don't let the hype (or lack thereof) mislead you. Both stocks and bonds have their pros and cons. This article will explain the advantages of bonds and offer some reasons as to why you may want to include them in your portfolio.

Those just entering the investment scene are usually able to grasp the concepts underlying stocks and bonds. Essentially, the difference can be summed up in one phrase: debt versus equity. That is, bonds represent debt and stocks represent equity ownership.

This difference brings us to the first main advantage of bonds: In general, investing in debt is safer than investing in equity. The reason being the priority that debt holders have over shareholders. If a company goes bankrupt, debt holders are ahead of shareholders in the line to be paid. In a worst-case scenario, such as bankruptcy, the creditors (debt holders) usually get at least some of their money back, while shareholders often lose their entire investment.

Second advantage is getting income in the form of coupons which is periodical. Other advantages include Tax benefits in Tax exempt bonds. Inflation adjusted return in inflation linked bonds.

The various notions in a bond are Coupon (same as periodic interest payments can be annual semi-annual, inflation linked and so on), YTM (yield to maturity is the discounting factor or the opportunity cost), Accrued interest (it is the interest buyer owes to the seller and considered an outflow in bond calculation), Dirty Price (clean price + accrued interest used for Total consideration calculation).

Definition: The duration of a financial asset that consists of fixed cash flows, for example a bond, is the weighed average of the times until those fixed cash flows is received. When an asset is considered a function of yield, duration also measures the price sensitivity to yield, the rate of change of price with respect to yield or the percentage change in price for a parallel shift in yields.

Duration is an estimated measure of the price sensitivity of a bond to a change in interest rates. It can be stated as a percentage or in dollar amounts. It can be helpful to "shock" or analyze what will happen to a bond when market rates increase or decrease.
Types of Duration Calculation:

Macaulay Duration: The weighted average term to maturity of the cash flows from a bond. The weight of each cash flow is determined by dividing the present value of the cash flow by the price and is a measure of bond price volatility with respect to interest rates.

Macaulay duration can be calculated by:

Modified Duration: This is a formula that expresses the measurable change in the value of a security in response to a change in interest rates. It is calculated as follows:

In which:
n = number of coupon periods per year
YTM = the bond's yield to maturity

Approximate New Price of a Bond Given the Duration and New Yield Level
Let's return once again to working with a duration of 10.52. This time, we'll add a total market value of the Stone & Co bonds of $10,000,000.

Why bond convexities may differ

The price sensitivity to parallel changes in the term structure of interest rates is highest with a zero-coupon bond and lowest with an amortizing bond (where the payments are front-loaded). Although the amortizing bond and the zero-coupon bond have different sensitivities at the same maturity, if their final maturities differ so that they have identical bond durations they will have identical sensitivities. That is, their prices will be affected equally by small, first-order, (and parallel) yield curve shifts. They will, however, start to change by different amounts with each further incremental parallel rate shift due to their differing payment dates and amounts.

For two bonds with same par value, same coupon and same maturity, convexity may differ depending on at what point on the price yield curve they are located.

Suppose both of them have at present the same price yield (p-y) combination; also you have to take into consideration the profile, rating etc., of the issuers: let us suppose they are issued by different entities. Though both bonds have same p-y combination bond A may be located on a more elastic segment of the p-y curve compared to bond B.

This means bond B has better rating than bond A. So the higher the rating or credibility of the issuer the less the convexity and the less the gain from risk-return game or strategies; less convexity means less price-volatility or risk; less risk means less return.