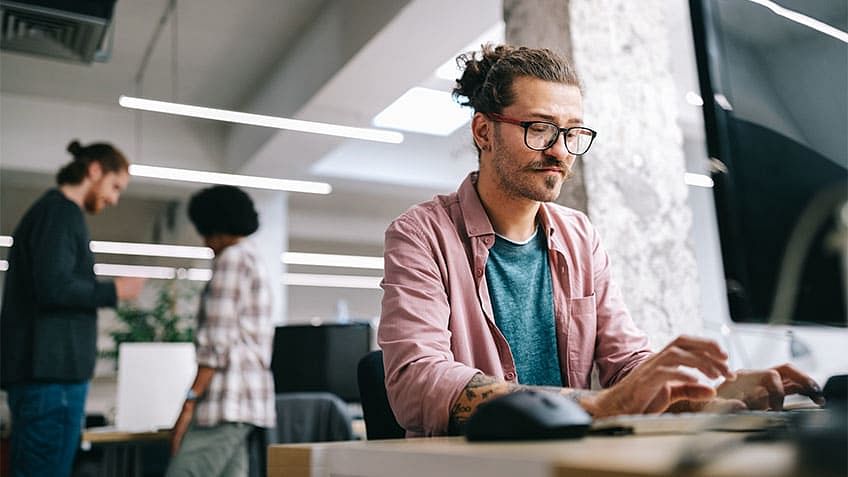 Flutter is an open-source UI software kit created by Google and released in 2018. Using Dart as a primary programming language, Flutter allows developers to create cross-platform applications. One of the reasons why Flutter developers have a high demand in organizations that work with Flutter is that being a framework that helps develop cross-platform applications, it helps organizations cut down on development costs and save time. The subsequent sections take you through Flutter developer salaries for freshers and experienced candidates around the world to help you understand what you can expect when planning to pursue your career as a Flutter developer.

Who Is a Flutter Developer?

A Flutter developer develops cross-platform applications by leveraging Flutter, an open-source UI software development kit that is useful for creating both Android and iOS apps. Individuals with knowledge and skills pertaining to software and application development can pursue courses or work for an organization that helps them gain skills very specific to Flutter development.

Becoming a Flutter developer requires a combination of technical and soft skills, which include proficiency in Dart programming language, agile and waterfall methodology for software development, native language knowledge, and soft skills, such as effective communication, decision-making skills, and organizational skills.

Flutter Developer Salary in the US

Flutter has witnessed a boom in popularity over the years, and most developers with some experience in working with a similar framework, such as Dart, start their career with an entry-level job. The average salary for a beginner-level Flutter developer in the United States is estimated to be $70,000 per annum.

At advanced levels, Flutter developers are equipped with skills to not only use the framework with great efficiency and minimal errors but also take up additional responsibilities such as heading projects and teams, assuming leadership roles, and collaborating and giving directions to various other teams. Therefore, with several years of experience as a Flutter developer, you can expect a better salary and promotion in terms of your position and job role. The average annual salary of advanced-level Flutter developers in the United States is around $150,000.

Flutter, despite being relatively new in India, is still making it big in the IT industry for the various advantages it can offer. As a beginner, a Flutter developer with no experience may earn a base salary of INR 1.3 lakhs. However, the average salary for beginner-level Flutter developers is INR 4 lakhs.

There is a broad range of salaries for beginner-level developers, which can be attributed to various reasons. To begin with, the salary of Flutter developers greatly varies based on their past experience and the skills they possess. Moreover, it also depends on the organization and its roles and responsibilities. Yet another factor that may decide how much you earn is your location. IT companies in cities, such as Bangalore, Pune, Gurgaon, and Mumbai are more likely to offer higher remuneration compared to smaller cities.

Flutter Developer Salary Around the World

Likewise, if you’re starting your career as a Flutter developer, you can expect to earn around $60,000 per annum in Western Europe. However, if you have some experience and meet the requirements for jobs that are medium-level and advanced-level, you might get paid around $100,000 and $134,000 respectively.

1. Is Flutter a high-paying job?

2. Are Flutter developers in demand?

In recent years, the demand for professional and skilled Flutter developers has increased exponentially, especially in the mobile app industry. This increase in demand can be directly attributed to the advantages of working with Flutter. It allows you to develop cross-platform applications using a single code, which saves time and effort not only for developers but also organizations that use Flutter.

3. What is the lowest Flutter developer salary?

4. What is the highest Flutter developer salary?

With several years of experience in working on Flutter-specific projects, a Flutter developer may earn around INR 10.6 lakhs per annum.

Since organizations benefit from cross-platform applications, they’re on a constant lookout for skilled and knowledgeable Flutter developers who can contribute to developing efficient applications using a single code base. This also means the demand for Flutter development is most likely to continue to rise in the future.

Having a deep understanding of basic programming languages is a good place to start if you plan to pursue a career in Flutter development. Therefore, well-planned courses, such as Simplilearn’s Post Graduate Program in Full Stack Web Development can be beneficial for laying the foundation for your skills. As you find an entry-level job, you will be able to develop skills more specific to Flutter, which will help you find job roles that are more directly associated with Flutter development.