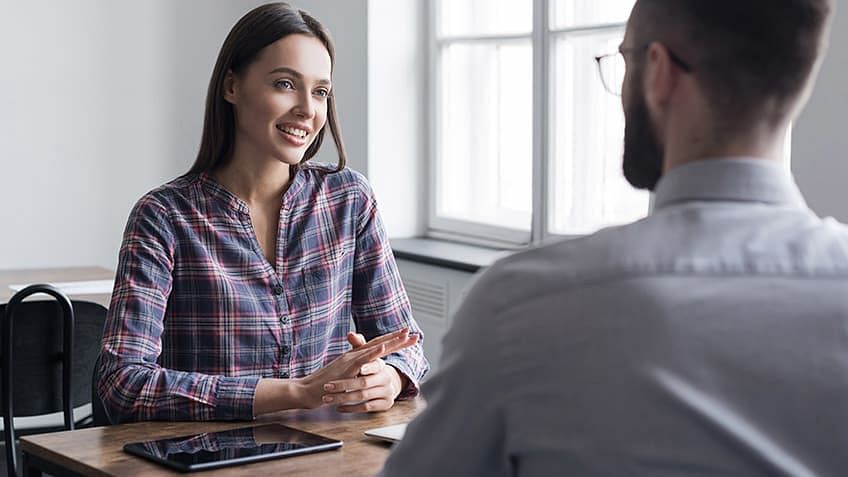 Are you a fresher who wants to start your career as a Flutter Developer? You need the right skills to achieve success in this competitive market. Getting the first job is the hardest, and the right first job can help you in your career more than you think. The first job helps you negotiate better pay and work in your next job.

Also, if you are a working professional as a Flutter developer, you should be enhancing your knowledge consistently to advance on the career ladder. As many say, your career is a marathon, not a sprint, so you should continue to advance to reach your dream position in a company. You will need to keep yourself updated with the changing trends and Flutter interview questions to keep you abreast of the latest developments.

Flutter developer salaries can vary a lot. As per Glassdoor, the average salary of a Flutter developer is Rs 25000 per month. But, as you move ahead and reach senior positions, you could be earning much more than an average developer. The right skills, contacts, and negotiation ability are some of the things you require to reach the top of the ladder.

Flutter can be used to code for both IOS and Android. The optimization is best suited for 2D mobile apps. The following features can be used to make the apps:-

2 What are the advantages of using Flutter?

3. What is the Flutter architecture?

Flutter has a three-layered architecture:-

4. What build modes are available in Flutter?

Flutter is made up of three build modes: -

5. What is the Dart programming language?

6. Is Dart language necessary for Flutter?

7. What are widgets in Flutter?

Flutter apps make use of widgets to code mobile phone applications. You will almost exclusively build on Flutter using widgets. Widgets define the view of the app. When you change the code, the widget code is automatically adjusted. Widgets are nested with each other to get the final design of the app. This means the widget is the base on which the app is coded.

8. What are the most useful editors for Flutter apps?

Flutter tools make use of plugins to code mobile phone apps. The plugins can help in Dart code compilation, analysis of the code, and development of apps. Some used Flutter tools for IDE development are

9. What are packages and plugins in Flutter?

The distinction between packages and plugins is minute. Packages are new components or written code in Dart language. Plugins, on the other hand, use native code to allow more functionality. Sometimes the two terms are confused as the same, but a minute distinction exists.

10. Are there any popular apps which make use of Flutter?

There are many popular apps which use Flutter. Some of the apps are:-

And many more. The use of Flutter in mobile applications is very high.

11. What are the Advantages of using Flutter

Flutter architecture is made up of three layers.

13. What build modes are available in Flutter?

14. What is the Dart programming language? Explain in detail.

15. What are the limitations of Flutter?

Following are the limitations of a flutter:

16. The most useful editors for Flutter apps

17. What are widgets in Flutter?

Widgets in Flutter are nested with each other to get the final design of the app. Widgets are used to code mobile phone applications.

18. What are the popular apps which make use of Flutter?

Some of the most popular apps using Flutter are Reflectly, Google Ads, Alibaba, Tencent, Birch Finance, Coach Yourself, and Watermaniac. In general, Flutter is used to develop android, iOS, Linux, Mac, and Web applications from a single codebase or with high brand designs.

19. What are the resources to learn Flutter?

You can learn flutter from Flutter Documentation available as open source on Google.

20. In What technology is Flutter built?

21. Difference between runApp() and main() in flutter.

23. What are packages and plugins in Flutter?

Keys in flutter are identifiers for widgets, elements, and semantic nodes, whereas GlobalKeys and LocalKeys are the subclasses of Key.

26. What is a container class in a flutter?

A container class in flutter is a widget having the capacity to accommodate multiple child widgets and manage them efficiently through dimensions, padding, and background color.

27. What is Flutter Inspector?

The Flutter Inspector is a powerful tool used to visualize the blueprint of your widgets and their properties in Flutter.

29. Different types of streams in Dart

There are two types of streams in Dart, single subscription streams and broadcast streams.

The crossAxisAlignment and mainAxisAlignment are used to control how a row and column widget aligns with their children depending on our choice.

31. What is the difference between SizedBox and Container?

1. What is flutter used for?

Flutter is used to create fast, beautiful, natively compiled mobile applications with one programming language and a single codebase.

Yes, Flutter is an SDK.

3. How do I prepare for a flutter interview?

4. Is Flutter a frontend or backend?

Flutter is a frontend development framework.

These Flutter interview questions can help you crack the interview and get your dream job. Make sure that you not only focus on the Flutter interview questions, but you should improve your knowledge about the subject matter to understand the changing trends and gather more information. You can also check out the Flutter courses to get you started on Flutter development. Check out Simplilearn’s Introduction to Flutter Course Online which can help you kickstart your career. This course can be a good starting point for an exciting Flutter developer career.

If you are looking to expand your career in the mobile app development domain, then do enroll in our Post Graduate Program in Full Stack Development which can be a great step in your career.

If you have any doubts or queries, feel free to post them in the comments below and our expert team will get back to you at the earliest.