The Future of Electric Vehicles: Hitting the Backroads and More 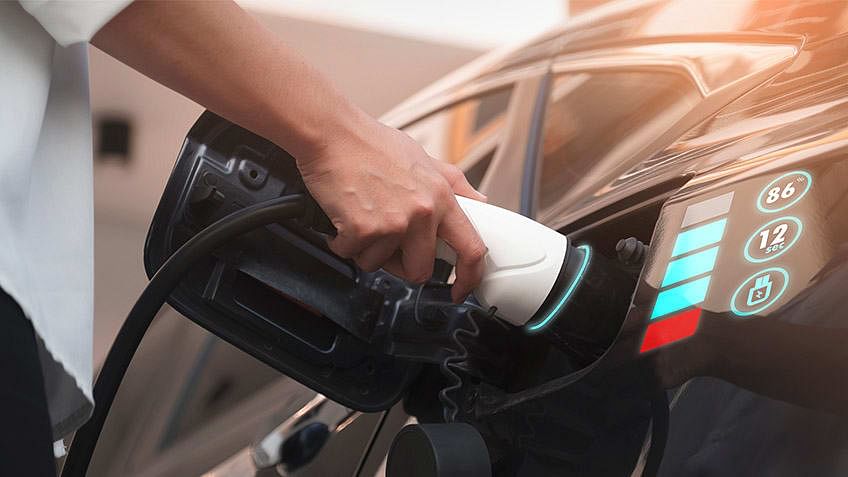 Electric vehicles (EVs) not only own the fast lane with Porsche and Tesla whooshing by, but EVs are also going to be a common sight on backroads and rugged terrain. Ford, Chevy, Hummer, Tesla, and the upscale Rivian are among the car manufacturers seeking to cash in on the massive SUV and pickup truck market with new electric models.

According to the Wall Street Journal, the introduction of heavy-duty EVs is turning pickup truck loyalists into “accidental environmentalists,” judging from the volume of preorders and interest in soon-to-be-released models. Simply put, the future of electric vehicles is bright and broad.

Buyers are captivated. There are hundreds of thousands of preorders for the Hummer EV, Rivian’s electric pickup truck, and the futuristic Tesla’s Cybertruck, which looks like it has bounded out of a video game. But what has main street buzzing are the electric versions of the Ford F-150, due for release in Spring 2022, and Chevy Silverado pickup trucks.

Large vehicles are the most lucrative U.S. auto segment. SUVs and crossovers accounted for half of all vehicles sold in the U.S. for the first time in 2020, and pickup trucks captured an additional 20 percent of the U.S. auto market.

Customers are coming around to EVs. In spring 2020, 34 percent of survey respondents would be willing to buy an electric vehicle. In March 2021, the number grew to 51 percent. Similar increases were seen internationally, with interest in EVs roughly doubling in China, France, Germany, and the U.K.

Barron's reported that Piper Sandler analyst Alexander Potter forecasts EV penetration at 45 percent of new car sales by 2030, and 94 percent by 2040. He is predicting that the EV takeover of the global automotive industry will be complete in 19 years.

In addition to improving and broadening EV model selection, consumer acceptance of EVs has been a process of the industry making improvements in vehicle range and battery technology, cost, and charging infrastructure.

What Are Electric Vehicles?

As concerns about air quality and global warming grow, the advantages of electric vehicles, such as reduced operating costs and a growing selection of models, become more compelling. You can say electric vehicles the future of transport.

If you commute to work in a gas-powered car every day, switching to electric vehiclesis one of the finest things you can do to help the environment. Some of the most compelling arguments for switching from a gas-powered to an electric car are as follows.

1. Better For The Environment

Despite its apparent simplicity, the environmental benefits of electric vehicles cannot be overstated. Compared to their gasoline-powered counterparts, electric vehicles emit far fewer pollutants over their useful lives. The most vulnerable populations, who suffer disproportionately from transportation emissions, can benefit from this, as can the rest of society.

Supporting the expansion of the EV industry and increasing demand for electric cars and EV infrastructure by switching from a gas-powered to an electric vehicle 2023will make it easier for even more people to make the switch. Cleaner air and a better environment for all of us can be achieved by gradually replacing gas-powered vehicles with electric ones.If you want to help the environment and the climate by decreasing your carbon footprint, trading your gas-powered car for an electric one is a great idea.

Electric cars save their owners an average of $4,600 over their lifetime due to lower repair and maintenance costs than gas-powered cars. This is because electric vehicles have fewer parts, no internal combustion engine, no oil, and reduced brake wear. Drivers of electric vehicles can benefit significantly from reduced maintenance needs and expenditures.

Future of Electric Vehicles in 2023

The future of electric vehiclesglobal market is expanding at a CAGR of 21.7%, which is expected to continue. Growth from 8.1 million units is anticipated to reach 39.21 million by 2030. Multiple factors, including worries about pollution, are driving this rapid expansion.

A rising variety of all-electric vehicles are currently available, and electric cars are already a common sight on the roads. Those who rely heavily on diesel are seeing sales decline, especially when nations like the U.K. have set a deadline of 2030 to terminate sales in combustion automobiles, and the electric effect is in full swing. Reduced costs and a more comprehensive selection of models are being met by more significant investment and the expansion of charging infrastructure.

Modern hybrid electric vehicles(HEVs) use gas-powered internal combustion engines and battery-powered electric motors to get around. HEVs are a hybrid of conventional cars. Thus, they have the power and range of those vehicles and the advantages of low fuel consumption and minimal exhaust emissions.

At the moment, you can choose from a plethora of different hybrid vehicle models. Some higher purchase prices of an HEV may be recouped through fuel savings or government incentives, but HEVs are typically more expensive than comparable conventional vehicles.

The Future of Electric Vehicles: Battery Technology is Key

Battery performance is key to the electric vehicle experience, from driving range and charging time to the car's lifetime. According to Stanford University, artificial intelligence has made recharging an EV in the time it takes to stop at a gas station a more likely reality. Stanford developed a machine learning program that is reducing battery testing times by 98 percent. Before, new battery technologies had to be tested for months or years to determine how long they would last.

The Future of Electric Vehicles: Costs are Equalizing

The Wall Street Journal speculated that many people would switch to an electric vehicle to save money once the total cost of owning an electric vehicle is lower than a comparable gasoline-powered one. Consumer Reports asserted that the price in the U.S. has already crossed that threshold, while Car and Driver says federal tax credits play a significant role.

The Future of Electric Vehicles: Charging Infrastructure has to Keep Pace

Building charging infrastructure has been a “chicken or the egg” question regarding expanding beyond fleet vehicles, which return to a central location to recharge. But there are signs that public charging stations are becoming more plentiful. A report from the National Renewable Energy Laboratory said during the first three months of 2020, public electric vehicle supply equipment (EVSE) grew 7.6 percent. Of that, direct-current fast chargers, which enable rapid battery charging, expanded by 10.6 percent. California was one of the national leaders in this expansion, growing its charging infrastructure by 9 percent.

But it’s still not enough to meet anticipated EV demand. According to a recent article in Forbes, a lack of charging infrastructure could limit EV adoption, stalling the future of electric vehicles.

Currently, 80 percent of EV drivers in the U.S. charge their cars at home, typically using either Level 1 or 2 chargers. But as demand grows for EVs, especially for those not living in single-family homes, public charging station networks will need to expand.

This year, Charge Ready received a considerable boost from the California Public Utility Commission, which approved $436 million to support the installation of 38,000 charging ports over the next four years. The initiative supports the state’s ambitious sustainability goals and California Governor Gavin Newsom’s executive order to have all vehicles sold in the state be zero-emission vehicles by 2035.

According to EV Connect, SCE’s Charge Ready aims to install 50 percent of the chargers in state-designated disadvantaged communities. As EVs become more affordable — the Tesla Model 3 is less than $40,000, and the Toyota plug-in Prius is less than $30,000 — every community will need charging stations.