9 Common Project Risks and How to Tackle Them

How to Close a Project: Product Scope Analysis, Indexing, and Documentation

To See Tech’s Future, Look to Technology in Government 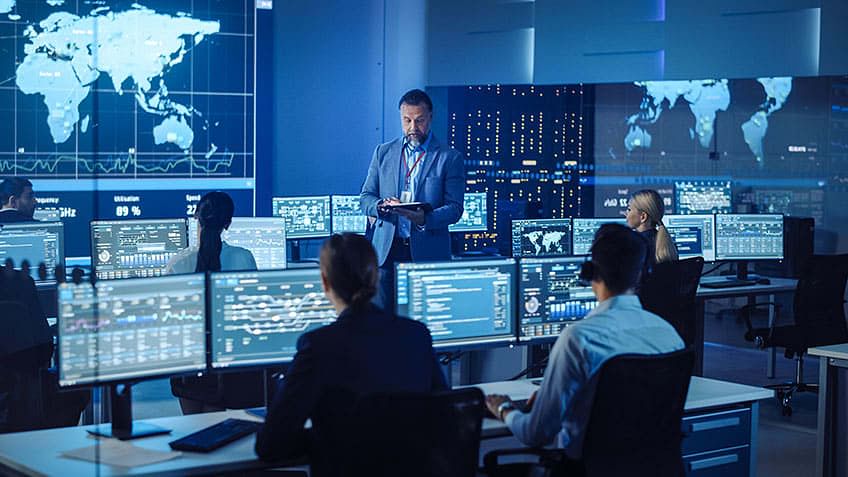 Technology changes so rapidly that it is challenging to keep up with new trends that might well change our entire businesses within the next few years — or months. It’s essential to look ahead for clues to what the next technological advancements will be. While it’s easy to research this online, sometimes hard to figure out where to start. One place to look is technology in government and military R&D resources.

The needs of governments, and particularly military forces, have been driving technology trends, research, and development for a long time. Some examples:

While many digital technologies and innovations also came from the private sector, in many cases, these were given a substantial boost from government contracts. These include the transistor and integrated circuits developed by AT&T Bell Labs, mainframe systems for business data processing developed by IBM and others, minicomputers developed by Digital Equipment Corporation and Data General, microprocessors produced by Intel, and microcomputer operating systems developed by Digital Research, Microsoft, and Apple.

In 2004, DARPA issued the first Grand Challenge prize competition to demonstrate a self-driving vehicle. No vehicle completed the 240-km course that year, but five of the 23 finalists completed the 212-km course the following year. This and subsequent Grand Challenges have enabled the advancement of autonomous systems by leaps and bounds. From this, the private sector has created autopilot functions for automobiles and the new industry that is busy prototyping and producing autonomous, self-driving cars.

Technology in government is further exemplified in the U.S. space program which has undergone a fundamental change from its origins in military rocketry to private space launch companies. SpaceX, for instance, received $900 million from the U.S. Federal Communications Commission (FCC) to launch satellites that will improve broadband communications in rural areas of the US. That accounts for one-tenth of the overall budget of the agency.

Space exploration is a point of pride of governments everywhere, and many countries have programs to launch probes to the Moon, Mars, and other more distant targets. Recently, the United Arab Emirates launched a Mars mission that successfully put its spacecraft into the orbit of Mars. These programs have resulted in the development of new materials, new control systems, and new software quality processes that have entered the commercial sector.

Aviation research into pilotless aircraft is also spilling over into the commercial sector. Boeing is developing an autonomous “loyal wingman” airplane to accompany jet fighters in military combat, and Airbus SE has already conducted 500 test flights of its autonomous cargo aircraft. Other technology trends the military is developing — along with commercial partners — include autonomous tanks, jet refueling tankers, cargo jets, submarine troop transport ships, and helicopters. Many of these joint initiatives are getting much of their funding from the $740 billion National Defense Authorization Act that the U.S. Congress passed in early 2020 which includes provisions to expand efforts that include more automation and autonomous activities in all branches of the military.

The Impact of COVID-19 on Technology in Government

On the other hand, as in the case of private space launch companies and national defense, the pace of technological development in the private sector sometimes outpaces the leading edge of government development. The upheavals caused by the COVID-19 pandemic revealed many instances where government agencies were behind the current state of technology and unprepared to adapt to change. Many private companies were able to change their business models and adapt their digital systems to continue business in a work-from-home, non-contact, mainly online environment.

Yet, many government agencies failed to pivot. For example, the unemployment insurance programs in many US states were incapable of dealing with the huge increase in the volume of unemployment claims due to the pandemic. Their digital systems had not been updated in years and could not be expanded or modified to meet the new requirements. Workarounds left the agencies vulnerable — and unwitting processors of fraudulent claims.

Keeping Up on Technology in Government

Sometimes, the government doesn’t keep up, but more than often it is one step ahead in automation — meaning that there is ample opportunity to contribute to new innovations, To get a look into the future of technology in government coming, keep an eye on two places. First, monitor government R&D news to see what new technologies will be coming out of those programs. Second, look at the places where governments have put out calls for technical help and have contracted for system replacements and upgrades. These can drive demand for technology skills and affect your ability to recruit technology professionals.

Investing in Your Workforce and Future

With the knowledge of emerging technology in government that will affect your business, you can plan to upskill your workforce to work on new technologies. In the process, you may learn about new ways to serve your customers and even entirely new products you can offer, putting you ahead of your competition in the race to prepare for the future.

Simplilearn has enterprise skilling programs that are driven by the requirements of industry roles. We tailor them to each organization’s specific needs. Our courses are continuously updated to address skilling for emerging technologies, and they cover digital technologies, project management, and quality management.