What Is Accessible Marketing and Why Does It Matter?

Make an About Us Page That’s Not Boring 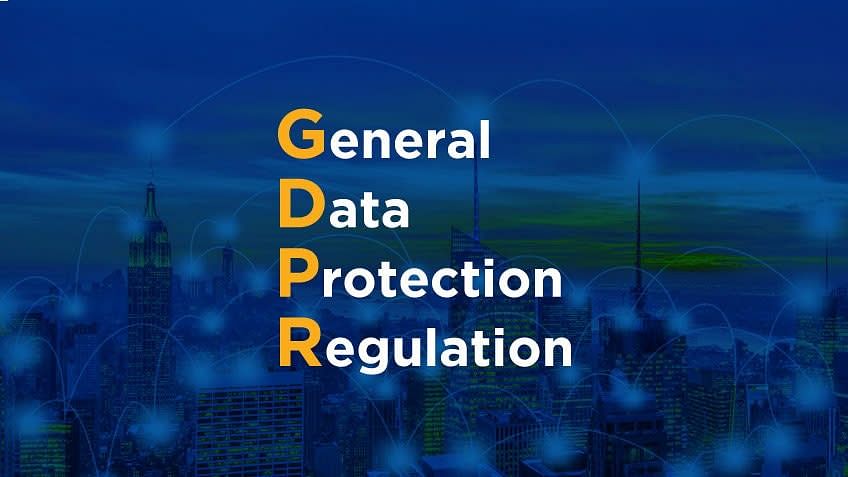 On May 25th of this year, the European Union’s new Internet regulations took effect. It’s been half a year, so how has the GDPR affected businesses around the world thus far? We have previously brought up the GDPR in a past article called GDPR and What It Means For Big Data. In this follow-up article, we endeavor to figure out what GDPR’s impact has been so far.

The acronym GDPR stands for General Data Protection Regulation and consists of legislation passed by the European Union in April 2016. Any businesses that have customers in the EU were given a two-year compliance deadline, which was May 25, 2018.

The whole purpose of this legislation is to protect consumers, granting them more control of their personal data collected by businesses. The regulation sets limitations on how businesses can act on the data, including how long they can keep it.

However, despite the GDPR being a European Union law designed specifically to protect the data privacy of citizens living in the EU, foreign companies must still comply with the GDPR if they want to do business with EU customers.

There’s been a lot of predictions made about GDPR implementation, including unexpected consequences. So, what’s happened? Have the doomsayers proven to be right?

Effects on the Big Guys

When you talk about data gathering and privacy issues, you must turn to the twin giants of data collecting, Facebook and Google. One is a social media platform, the other a search engine, but both are powerful, ubiquitous presences on the Internet.

In the world of Google, the actual effect hasn’t been felt yet, but the search engine has spent over a year and a half working on compliance. The jury’s still out on how much of an impact the search engine will feel, but Google’s data mining methods will have undergone changes in the past 18 months, so that bears watching.

On the other hand, Facebook cites GDPR as the reason why it’s lost a million active users throughout Europe over the past quarter. European advertising revenue has apparently also taken a hit; nothing major, but enough to be noticed, and part of the blame for it has been placed at GDPR’s feet.

It was clear from the beginning that advertising revenue was going to take a hit after GDPR was put into law. After all, advertisers not only gather consumer data, they also buy it from the big guys who are also gathering it. When this resource is being more carefully monitored and restricted, the reverberations are felt in companies of all sizes. And speaking of other companies…

Smaller Companies Are Getting Impacted

A senior analyst at Forrester Research stated that many European companies have reported a 25 to 40 percent decrease of their addressable market. That market consists of prospective or actual customers who, thanks to GDPR, are able to refuse to give consent to be profiled or subscribe to marketing information.

In addition, the GDPR legislation has made its impact in companies located in the USA. The Forrester Research has also shown that one in three adults have terminated an online transaction before completion after reading something in the terms and conditions that didn’t sit well with them.

So thanks to the GDPR, EU companies are facing hurdles in gathering data from EU customers, while US companies wanting to do business with the EU are not only facing the same problem, but also experiencing similar pushback from US customers. The GDPR matter has raised awareness of consumer privacy online everywhere, so it’s possible that American consumers are following their EU counterparts’ lead.

Even though US-based companies don’t have to worry about GDPR regulations when doing business with American customers, that may not be the case for long. For instance, California passed an extremely tough privacy law back in June. Similar to GDPR, the law differs in that the fines for violations are nowhere near as draconian as the GDPR, and doesn’t set a deadline for companies to notify consumers about a data breach.

Other nations, specifically Australia and Brazil, are looking into or introducing similar legislation, no doubt inspired by the advent of GDPR.
However, there seems to be a growing consensus that the GDPR, ostensibly meant to rein in the big dogs like Google and Facebook, is actually helping them, to the detriment of the smaller companies. By simple virtue of their size, Google and Facebook can best handle a frictionless transition to GDPR-approved methods of data processing, where the smaller companies lack those resources.

Other Effects of GDPR Implementation

According to a report from the Reuters Institute for the Study of Journalism, the average use of third-party cookies per page in Europe has dropped by 22 percent. Contextual targeting is replacing third-party targeting, according to research from Sizmek, an online advertising company. Contextual targeting involves placing the advertisement on websites or web pages that are directly relevant to what it is you’re advertising.
Also, some US-based websites are blocking access from EU users due to the former’s lack of GDPR compliancy.

Bottom Line: This is Still an Evolving Situation

It’s only been six months since GDPR became law, so the final word hasn’t been written yet. In fact, since GDPR is an ongoing matter rather than a “one and done” situation, the full effects may take quite some time to unfold.
But it’s safe to say that, at present, GDPR is catching on, and changing how digital marketing conducts its business. Speaking of which…

If there’s one thing that the introduction of the GDPR has shown, is that the field of digital marketing is always evolving, presenting new challenges and opportunities. It certainly isn’t boring or stagnant! Perhaps this sort of environment is the kind of change you’re looking for. If so, Simplilearn has a Digital Marketing Specialist Masters Program that can equip you for such a career.
The Digital Marketing Specialist Masters Program transforms you into a complete digital marketer with expertise in the top eight digital marketing domains: search engine optimization, social media, pay-per-click, conversion optimization, digital analytics, content, mobile and email marketing. You can fast-track your career in digital marketing today with practical training you can apply on the job. Through the five courses offered, access to over 75 instructor-led online classes, and over 45 projects and MimicPro simulations, you will gain Online Marketing Certified Professional certification, and eligible for positions paying upwards of $125K annually.
Check out the program today, and get ready to face the exciting challenges of today’s digital marketing!

What is GDPR Compliance, and How Do You Follow It?