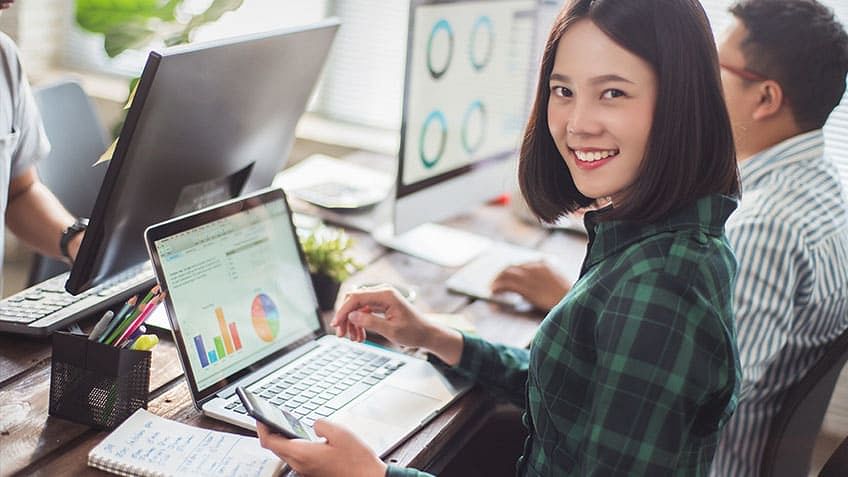 Diversity in the workplace is an issue that has gained a ton of attention and support in entertainment, education, IT, and more. People who support diversity want to see more places where people of all backgrounds, genders, socioeconomic situations, and races have equal representation and opportunities.

However, the underlying source of the problem is that not everyone has access to the same opportunities and advantages. When members of underrepresented groups can’t get the educational and training opportunities to enter the pool of qualified candidates, those groups become underrepresented in the workforce, and especially in the ranks of hiring managers. That's why many people who advocate for diversity emphasize they are not looking for special treatment for short-changed communities, but instead want ways to level the playing field.

We’re going to focus on diversity in tech here, and the obstacles people and companies face, and how to overcome them through digital bootcamps.

Systemic Issues that Cause the Lack of Diversity

Unfortunately, there are systemic problems that inhibit diversity in tech, including:

Is the Diversity in Tech Issue REALLY That Bad?

According to this article in TechCrunch, Google reported in 2014 that it was 61.3 percent white and 69.4 percent male. As of 2019, Google was 54.4 percent white and 68.4 percent male. The needle has barely moved. Unfortunately, the FAANG (Facebook, Amazon, Apple, Netflix, and Google) group and the A-PLUS (Airbnb, Pinterest, Lyft, Uber, and Slack) companies aren’t doing much better, since most tech employees are predominantly white and Asian.

Even with initiatives in STEM education and directed recruiting, the IT workforce still lags in female and minority worker representation. This Wired article points out that even the traditionally more inclusive world of academia suffers from gender and ethnic inequality in computer science students.

So although there has been some progress made in creating a more diverse, balanced workforce, there is still a long way to go. The IT community needs answers and solutions. Fortunately, there are ways to deal with the problem.

How do you get around the inequities in representation in higher education? By implementing skill-based hiring over degree-based hiring. Employees who gain skill certification are just as eligible for a tech position as someone with a four-year degree. Employers (including the United States Federal Government) are gradually shifting their hiring practices and are looking for skills over academic qualifications.

But how do these candidates get the skills in the first place? Hang on—we’re getting to that!

The key takeaway here is, worthy minority candidates who lack the advantage of a four-year degree program can take the skills-based approach to job-hunting. It’s a way to level the playing field.

Bootcamps are traditionally a military concept, a place where raw civilian recruits undergo a period of intensive training and come out as soldiers. Over the years, the term has found new usage in other areas of life. It now describes any program that offers an intense, immersive learning experience over a relatively short period. You can read more about the concept here and here.

Bootcamps are excellent resources and a fine way to bypass the traditional degree program, but even the camps have their own biases. For example, many bootcamps require learners to take time off from work and physically attend the camp, which brings back the old issues of insufficient time and money to take unpaid leave for training and education. Fortunately, there is an online workaround.

Digital bootcamps are poised to be the go-to solution to the IT diversity problem, providing the perfect way for underrepresented people to get into a technologically based career, even if they lack a technical background.

Online digital bootcamps can be adjusted to accommodate the learner's work schedule to keep their jobs while getting the technical training necessary for advancement or even a complete career change. There's no need to take leave or travel great distances (and the expenses this incurs!); all the work can be done in the learner's home's comfort and convenience.

Digital bootcamps are also more cost-effective than traditional degree programs while offering access to better resources, teaching, and personal support than what students can get with free classes. This learning model means that potential learners aren’t excluded due to finances.

Furthermore, digital bootcamps are great for managers who want to make their departments more diverse. By making these training programs available to worthy candidates, managers can upskill existing employees or new hires and help them break the glass ceiling.

That’s why digital bootcamps are useful and easily accessed equalizer in the world of IT. Talented, deserving people who were denied their shot at a promising IT career due to lack of educational and financial resources can now get the training they need in a non-disruptive, cost-effective manner. Digital bootcamps can accomplish this training much quicker and at a lower cost than traditional classroom education. A learner can become qualified as a programmer, data engineer, analyst, or any of many other tech careers in months or weeks, instead of years.

Simplilearn offers an entire range of IT-related online bootcamps such as this Post Graduate Program in Full Stack Development, designed in collaboration with Caltech CTME. These affordable training programs are tailored to fit your lifestyle and schedule. So whether you’re responsible for employee training and diversity in your organization, or you’re an aspiring IT professional who wants to boost your career, check-in with Simplilearn, and get the ball rolling today!