HomeResourcesDevOpsA Guide on How to Become a Site Reliability Engineer (SRE)

A Guide on How to Become a Site Reliability Engineer (SRE) 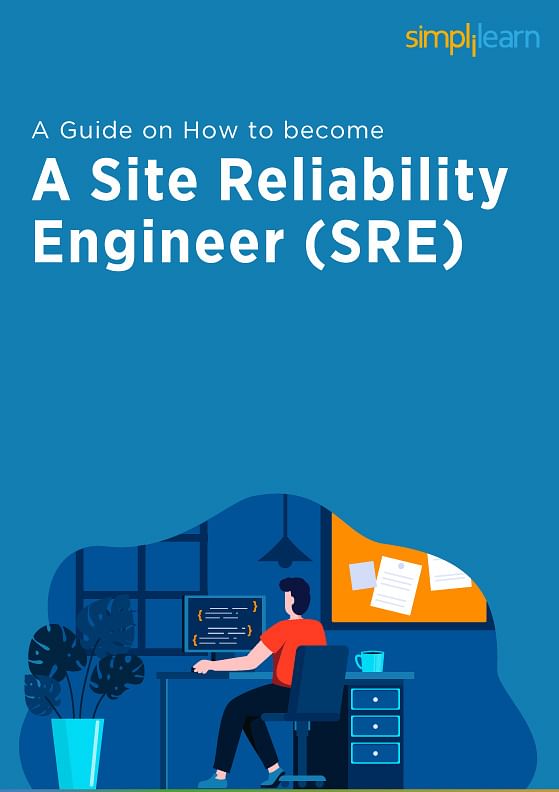 A SRE is a software engineer who designs an operations team's network infrastructure and runs it with a quality assurance and reliability focus. The SRE works in every IT domain, including servers, applications, databases, networking, storage, mobile, unified communications, virtualization, security, and firewalls. An SRE can also be a network administrator or a senior technical engineer in networking, providing network infrastructure guidance to the operations team.

Many technologies, such as hybrid cloud, DevOps, and Agile methodologies, have become widely adopted within the enterprise, and to support this, teams have changed their engagement models. A variation on this theme is to instead have SREs as part of the Technical Leadership Team (TLT), led by the Software Engineering manager.

And with the increased introduction of agile methodologies into software engineering and the subsequent focus on rapid software delivery, SREs have had to adapt to this new delivery regime. Much of the workflow that existed in the past isn't sustainable in today's software development environment.

Before the proliferation of DevOps and other agile delivery methodologies, SREs focused on getting the job done: they didn't need to build relationships with other teams; the only stakeholder they had was the developers who needed to complete the task in hand.

Since then, the SRE role has changed, and they have moved from a position where they focused on tasks to a point where they now need to facilitate more comprehensive collaboration between teams to achieve the best possible outcomes. Cooperation and communications skills have been an ever-increasing requirement for SREs to accomplish this in the current agile environment.

But SREs need to drive greater collaboration across multiple teams by bringing different experiences to the table. While the developers are optimizing their code, SREs need to create an integrated solutions experience that developers can work with. That involves understanding each team's style and approach to design and packaging. Working in this way will help achieve an agile development experience for teams, where everyone works to a common goal.

With the introduction of all of the latest technology in recent years, user experience (UX) is more important than ever, so it's essential to find new ways of improving it. By testing your site before it's live, you can better understand how it will function once it's live and ensure that if it does fail, the impact is kept to a minimum. And that is where an SRE comes into play. Our guide on how to become an SRE will help you understand about the three pillars of SRE, the roles, responsibilities of an SRE, the projects that SRE might need to work on from SQL Injection Issues, to Modified SQL, to Native XML Search and more, and how to become a successful SRE. Download the complete guide to SRE now!