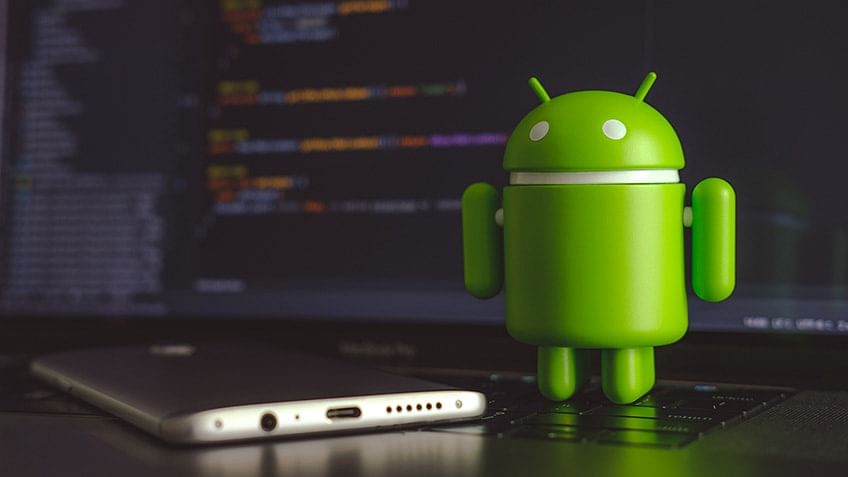 Android is a preferred platform as it does not require specific technical experience, making it easier for developers of varying skills to master it. The Google Play Store is replete with an estimated 2.6 million android applications, and most of these applications are either less expensive or free to download. Following are some of the added advantages of choosing Android.

Are Android Developers in Demand?

An Android developer is responsible for developing software for Android-powered smartphones and tablets. An Android developer must pay close attention to the application's compatibility with various Android versions and platforms due to the complexity of the ecosystem. Therefore, they must be well-versed in the trends and practices surrounding a forum like this.

Often the question that pops up in most people's minds is 'How to become an android developer? The answer is simple. All you need to do is learn the right programming language and understand the android platform's lifecycle.

Android developers are in high demand since every firm and business in today's market has an Android app to offer clients a wide range of services. If you're new to this field, you might try out and improve your talents by working as a freelancer.

Learning Android development opens up many career options, including freelancing or employment with leading names like Google, Amazon, and Facebook. The need for Android developers is still strong, and learning the language has been much simpler through online learning resources.

Who Can Become an Android Developer?

Guide to Becoming an Android Developer

As Android quickly became the world’s #1 mobile platform, it attracted individuals from both programming and non-programming backgrounds, encouraging them to explore the process of becoming successful android developers. As for any app development platform, android requires you to master certain skills. It is also crucial to know how you can start and progress to become a professional android developer. With that said, here’s a detailed, step-by-step guide on how to become an android developer.

Start With a Programming Language

Software engineering requires you to learn a programming language, and in Android’s case, there are two major programming languages used- Java and Kotlin. Learning Kotlin is a good place to start because the language has been developed by Google as a replacement for Java. It offers a host of features that ease the coding process. With Kotlin, you can code with minimal chances of coding errors and crashes. One of the reasons why programmers well-versed in Java also learn Kotlin is that, besides offering extensive features, it is Java language compatible. With Kotlin, you can use Kotlin codes on Java and the other way around.

When getting acquainted with Kotlin, the three main aspects that should be the focus of your learning are syntax and idioms, OOP (object-oriented programming), and data structures and algorithms. Once you learn Kotlin, it sets the foundation for subsequent steps to become an android developer.

One of the biggest differences between writing an application for desktop and mobile is that, while the operating system can manage the application on a desktop, you code your mobile application for handling external events. This means you need to design your application in a way that it interacts well with other applications on your phone. For instance, your application should be programmed to work the ideal way when the phone receives a text or a call. When you have this understanding, you can create an app that offers the best user experience.

Learn the Basics of an Android Platform

The Android platform has various components, and it is essential to know these fundamental components and how to work with them to be proficient in developing functional android apps. A well-planned android application development training course will familiarize you with these basic components that help in handling the configuration changes of the app, working with the components of the app, testing the units, and following standardized practices for security and navigation. Once you know about these elements of the android platform, you can use various tools to design the app.

Get to Know the Android Tools

Every beginner android developer should be aware of the most significant tools for android development and the knowledge of using those tools. The first tool you need to get acquainted with is Android Studio, which is the official IDE (Integrated Development Environment) for developing android apps.

Integrated Development Environment is a software that brings together the most common tools used by developers in the form of a single graphical user interface. IDE is used for writing and testing software through different phases of development, such as building, coding, and testing. Android Studio helps enhance your productivity as it lowers the setup time while standardizing the process of development. You can write android apps for different devices like mobile phones, watches, TVs, etc., using Android Studio.

Another tool you need when developing android apps is a Version Control System tool, preferably Git, which is used for coordination among developers, keeping track of changes in the codebase, and going back to the older versions when needed. One major advantage of learning to use Git is that it offers you the flexibility of handling both small and large-sized projects with efficiency and speed.

Finally, you should be familiar with Gradle- a build automation tool which is part of the Android Studio. Gradle allows you to compile, build, and publish android applications.

When you have a basic understanding of the android platform and common tools useful for developing an application, contributing to open source is a good way to put your knowledge to test and practice. However, make it a point to start small as a beginner and make slow yet meaningful progress to bigger projects. When you contribute to open source, you can interact with your peers and the community, which can also bring opportunities your way.

You will find a range of projects on GitHub, which are generally open to the public. These projects are of various types, such as bug fixing, reviewing a project, and much more. You can open an issue and start working on the project to master your coding and app development skills.

Once you work on small projects and come up with your own complete android app with the help of your knowledge and experience fixing various projects open to the public, the next big step is to distribute your android application and let it be known to the world. There are various ways through which you can do this, such as going to the official android market, having it on your website, or using a third-party website. If you plan to distribute your application through the official Android market, you need to register as an official Android developer and pay $25, which is a one-time fee.

Becoming an android app developer is a journey that presents you with hurdles and hassles. However, it is natural for every beginner to struggle during the learning process. What makes it easier is talking to the community about your pain points and struggles through your learning journey. You can try various platforms, such as Twitter, Reddit, Meetup, or other local groups and seek help and know how other app developers go about their app development process to improve your ways.

Job Roles and Responsibilities of an Android Developer

The basic responsibility of an android developer is to design and develop Android-powered applications and integrate them with back-end services. Android developers are also required to coordinate with various other teams and individuals, such as the design team, engineers, and other developers, to work on the multiple layers of the infrastructure. They also add new features and tweak an existing android application to update it and make it more user-friendly. This also involves fixing bugs and reconstructing the performance of the application. Finally, being an android developer is a lifelong journey of learning and exploring new ways to add efficiency to the application development process and evaluating how technology can be leveraged to enhance the features of the app.

As a budding android developer, you can choose to freelance or work at a start-up or for an established organization. While the way you work in different settings might differ with respect to the work culture, your roles and responsibilities would be more or less the same. Some of the common job roles that Android developers are hired for include-

When android was first launched, it ranked 5th among the most commonly used operating systems for developing applications. Later, as it offered various advantages and was an open-source platform, it soon catapulted to ranking as the #1 mobile platform with time. This has definitely increased the demand for proficient android developers. As per the latest trends, the demand for android applications is on the rise, and this has generated a growth in opportunities for android developers. With approximately 25,000 openings for Android application development in India, the scope in this field is expected to grow exponentially in the coming years.

How Much Does an Android Developer Earn? (India and US)

In a country like India, location plays an important role in how much an Android developer earns. Location heavily influences the cost of living, which significantly affects salary determination. This explains, at least in part, why pay for equivalent occupations is typically greater in large cities than in more rural places.

The table below displays the salary variation for an Android developer in India based on geographical location. All figures are linked with India's overall average salary for Android developers.

According to the sources, the average annual income for an Android developer is around Rs.4,00,000.

1. How long does it take to become an android developer?

Becoming an Android developer can take as little as 3 months or 4 years. It all depends on how quickly you master the programming language.

2. Is Android development a good career?

Learning Android development opens up many professional options, including freelancing or employment with household names like Google, Amazon, and Facebook.

3. Do Android developers need a degree?

Your chances of becoming successful as an Android developer can be improved by having a bachelor's degree in a relevant subject like computer engineering, information technology, or computer science.

4. What qualifications are needed to become an android developer?

A bachelor's degree, diploma, or technical training in computer science is the minimum required qualification to become an android developer.

5. Will a career in Android development have a future?

Everything has moved online in the modern world, and most people find mobile devices more user-friendly than desktops or PCs. Out of the 2.5 billion Android device users, the need for Android developers has grown quickly and has a bright future.

How to Become a Game Developer?