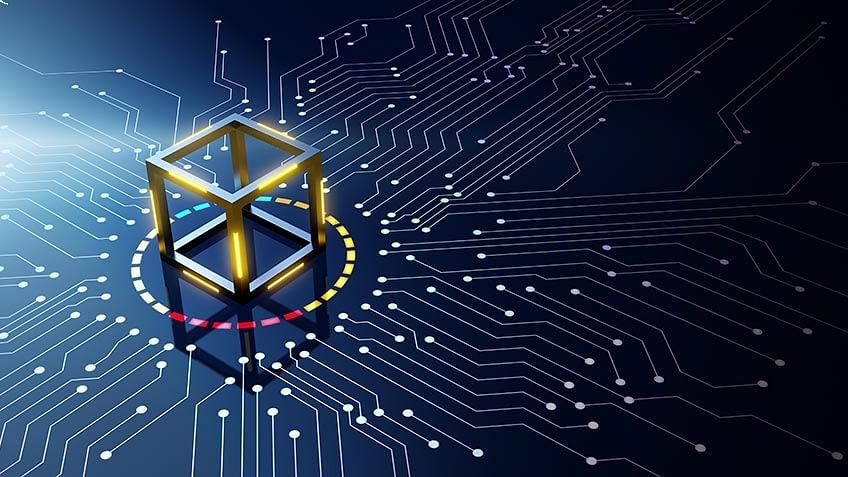 Blockchain is so closely associated with bitcoin only due to media hype and people who think they’re going to get rich by trading in the cryptocurrency that is bitcoin. Beneath all that hype and hyperbole, however, is a reality that’s far more significant than the introduction of cryptocurrency: Blockchain technology is going to dramatically change our world.

Blockchain is as fundamental as the Internet

In July 2018, Jaspreet Bindra gave a blockchain TEDx talk titled “How Blockchain can transform India.” Bindra starts off talking about just how revolutionary this technology will be as he goes over the first five facts he learned about blockchain:

To understand how blockchain is equivalent to the Internet in its potential for change, you have to understand the technology. Bindra gives a simplified explanation as he says to think of blockchain as one big ledger in the cloud. In our current system, we have all kinds of “ledgers” that must be changed for a transaction to happen between point A and point B. Every ledger change creates friction, Bindra explains, leading to time delays and costs. Blockchain offers one universal ledger that eliminates the need for a transaction to get verified as it makes its way through each ledger. It’s “driven by consensus, driven by immutability.” But you can also trace records back block by block by block.

The result? Blockchain takes us from our current world of centralized trust to distributed trust.

What does that look like in the grand scheme of things? It looks like a lot more than bitcoin! Blockchain is going to bring about substantial changes in our world. Below we delve into five of them.

With the digital ledger that is blockchain, transactions can occur quickly and securely anywhere in the world. I can complete a transaction with someone in Portugal. You can complete the transaction with someone in the Antarctic. Because the blockchain can’t be tampered with, and because it’s a direct A to B relationship to make the transaction, we gain a trust we wouldn’t otherwise have without some kind of third-party or central authority verifying that trust. In other words, we don’t need a broker or notary to make sure our transaction goes as intended. Blockchain technology ensures that it will because “trust” is built-in.

When you remove the middlemen and intermediaries from these transactions, you both speed up the process and cut costs. Without blockchain, every time someone must “touch” a record, it takes time and costs money. In addition, there are usually fees associated with helping a transaction along, such as service fees. Blockchain eliminates that. Blockchain can also reduce costs when asset management is automated. By streamlining transactions, Accenture predicts blockchain technology could save large investment banks up to $12 billion per year by 2025—yes, billion.

Although in a country like the U.S. buying and selling property like a house is a fairly straightforward process, other countries are racked with fraud and corruption, making what should be a simple process one rife with potential problems. This applies to voting, banking, trading and other vulnerable activities as well. Using blockchain technology can eliminate the possibility for cheating or fraud, to ensure fair transactions and ownership for all.

4. Traceability in the supply chain

Because blockchain records are literally a “chain,” you can easily trace a record back block by block by block. That traceability makes it possible to know where a head of lettuce came from if there is an E. coli breakout, to authenticate a diamond if it’s called into question, or to ensure pharmaceuticals were kept at the proper temperature during transport.

5. Blockchain can change our world

Blockchain can make our world a better place in countless ways, and we are already seeing use cases of this. If we return to the TEDx talk by Jaspreet Bindra mentioned at the beginning of this article, we can see one specific example: massive agricultural transformation in India. Bindra says 23 farmers in India commit suicide every single day because it is so hard to make a living as a farmer. They don’t have farm equipment that can help them increase yields. They only own small patches of land that limit that production. And sometimes those small patches of land are not recorded as theirs so they can’t get financing to buy equipment.

With blockchain, Bindra says, we can fix this. We can create a new Uber for tractors to make it cheaper and faster for farmers by creating fractional ownership as 11 farmers own one tractor. Land ownership and provenance can be solved by moving land records to blockchain. And consolidation of small plots into a larger acreage are possible when blockchain tracks whose land is producing how much to keep everything fair—because with blockchain technology, trust is built in.

The Bigger Picture of Blockchain

Bindra’s example of farmers in India is only one small possibility when you consider the bigger picture of ways blockchain matters. We are admittedly only in the beginning stages of understanding the difference blockchain will make, and that includes the jobs it will create. We already see an explosion of jobs in blockchain technology and a huge demand for skilled professionals. But we could also see other types of jobs created too, perhaps in helping farmers in India to understand how they can now pool their resources, or consulting with shipping companies to help them implement blockchain technology--because the revolutionary change blockchain will bring about will touch every aspect of our lives.