HomeResourcesCloud ComputingHow to use Serverless Computing or Function as a Service?

How to use Serverless Computing or Function as a Service? 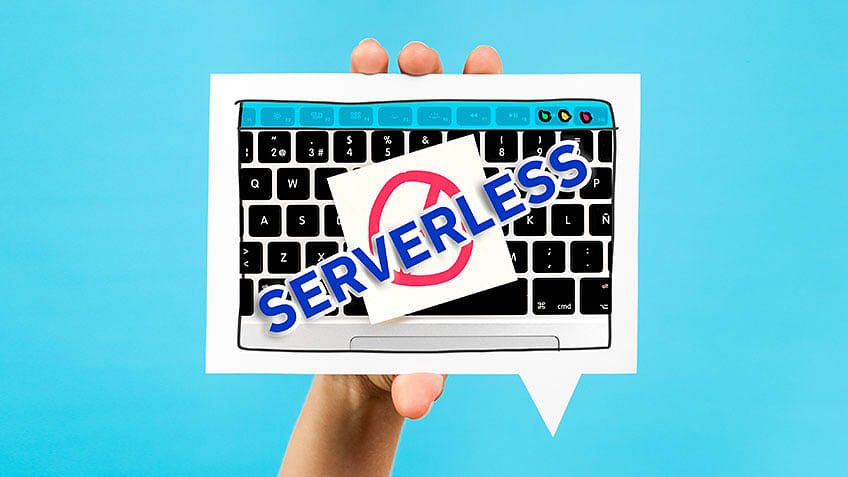 The serverless cloud is a concept gaining traction in the market from providers, including Amazon (AWS Lambda), Microsoft (Azure Functions), and IBM Cloud Functions. It focuses on building serverless computing systems that allow them to be self-service (as opposed to the previously required use of a Server Operating System), scalable, and survivable.

Serverless computing is a cloud-native approach to building systems. Instead of deploying services individually and distributing the load across those servers, a serverless architecture helps to manage the entire deployment lifecycle by decomposing the server into functions.

While serverless computing can be beneficial for building highly scalable, reliable, and, more generally, robust systems, it can be a difficult transition for developers who've used servers for years.

Let's start by looking at Amazon's serverless computing framework in their Lambda service and their serverless calculator to understand how a serverless system works.

A Lambda function can be "cloned" and run again and again. For example, imagine you run the same request every day, but it's not logged, so you can't recall it if a problem occurs. In this scenario, serverless computing helps to reduce problems by not relying on human intervention to track the requests and the responses. The functions are fed a stream of inputs from the source, and you are provided the "response" that you need through various logic reactions.

Amazon's Lambda service works because you don't have to write code. Instead, you use declarations and provision Lambda functions with a package format similar to Node.js. You can then use the F1 (serverless) button to run the code, which provides a dedicated handler for your Lambda function, similar to a browser request.

There are other approaches to serverless computing, like Google's App Engine. However, they are geared towards developers with a website for hosting static web pages.

A Function as a Service

Lambda supports serverless services other than Lambda, which is meant to abstract the deployment and management of functions across multiple servers.

However, there are differences between functions and Serverless computing frameworks.

In particular, Google's Cloud Function is also a service. Still, it's built for apps that are more like a dynamic web page than a traditional application, using only HTTP requests and responses rather than Node.js.

AWS Lambda supports many functions other than Lambda. Still, it's only meant to be a set of serverless computing services that handle HTTP and other low-level requests, which make it an extension to an existing system that doesn't have its implementation of a functional programming language, like PHP or Ruby.

Those differences have potential consequences for scaling and survivability.

Once a Lambda function becomes a SaaS service, it also depends on many other services. An AWS Lambda function might need to be attached to a Redis database and managed by AWS Elastic Beanstalk. That means the service will require support for many other tools that might not exist for a SaaS provider.

Lambda and SaaS services need to be deployed as highly scalable, secure, fault-tolerant, and reliable. That might seem common sense for SaaS apps, but Amazon has always been skilled at moving quickly. How can we expect Lambda to be any different?

But there are many features that you can take advantage of with Lambda that you can't with a traditional server.

It's Different: A lot of the advice for serverless computing is oriented toward familiar environments, such as IaaS or PaaS. But Lambda is still very different and requires a different approach.

Serverless computing is both serverless and cloud-native.

Lambda and SaaS run as instances of a persistent application server (or cluster of server instances) called Lambda functions.

We have this different structure because it's cheaper to operate in a distributed system (which is why AWS has been trying to incorporate so many pieces of existing infrastructure) than it is to set up something entirely new.

My advice for using Lambda is to find a situation where it works. Many factors determine what a Lambda function can and cannot do.

Want to become a certified cloud programmer from home? Enroll in our Professional Certificate Program in Cloud Computing to get started!

Serverless computing is here. AWS Lambda is going to change the way developers think about building apps, as well as help organizations think about IT architecture.

That's great news, as it gives developers many more options for deploying and maintaining their apps and gives them more control over the underlying infrastructure.

But serverless isn't going to solve all your problems. It still requires developers to understand the underlying infrastructure, including any servers in that infrastructure, and to know how to deal with the load balancers, database migrations, backups, and other tasks that servers perform.

A good understanding of serverless computing will enable you to implement it more easily and allow you to use many other AWS services that aren't typically part of a traditional cloud computing environment. To help you gain this understanding, Simplilearn offers a range of training programs for cloud computing. For example, our AWS Cloud Architect Master's Program is an 11-month comprehensive online program that gives you hands-on experience with AWS tools through labs and projects. Learn more at the AWS Cloud Architect Master's Program.

What Is Serverless Computing: Definition, Applications, Advantages, and Best Practices