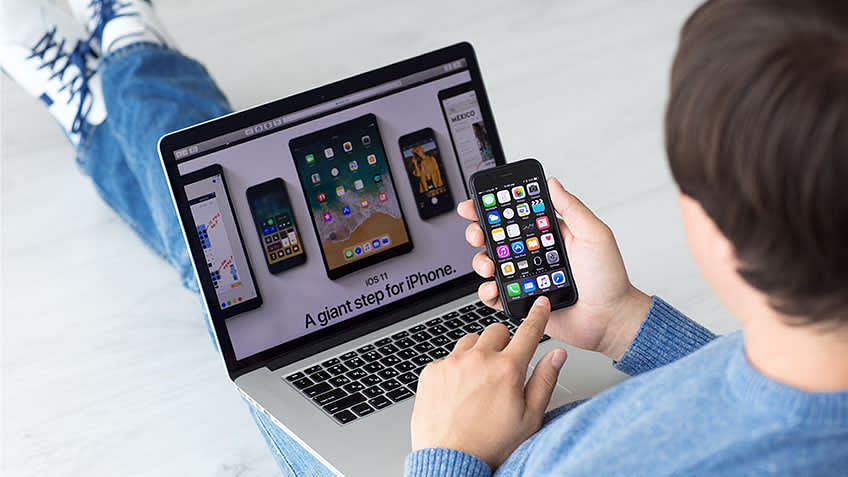 Apple's iOS platform has been around since the original iPhone was released in 2007. Over the years, Apple has made considerable improvements to the software, increasing its features and making it easier to use. The iOS platform was initially limited to the iPhone but has since been extended to the iPad, Apple Watch, Apple TV, and HomePod. As the platform has continued to evolve, developers have been able to take advantage of the new features and apps available on iOS.

iOS development dates back to the early 2000s when the first version of the Apple-created mobile operating system was released. Since then, iOS has undergone several iterations, with each release introducing new features and improvements. For example, iOS 9 introduced split-screen multitasking and a range of other user experience improvements. With every release, Apple has continued to refine the iOS platform to ensure users have access to the best possible experience.

iOS Developer Job Description: IOS developers are not limited to coding apps or designing interfaces. They also have to ensure that their app works well on all devices and is compatible with other devices.

Who Is an iOS Developer?

An iOS developer is a professional who creates applications for the Apple iPhone, iPad, and other Apple products. These professionals use a variety of languages and frameworks to develop apps that make the most of Apple's platform. Some developers create custom experiences, while others focus on ensuring existing apps are optimized for the platform. With the ever-evolving nature of the iOS platform, these professionals must stay up to date with the latest technologies and trends.

An iOS developer who specializes in building and designing applications for iOS devices. This type of developer is typically well-versed in both Objective-C and Swift, the two main languages used to develop the platform. Additionally, an iOS developer will require a firm understanding of UI/UX design principles and other core technologies, such as databases and APIs. iOS developers are also familiar with the Apple Human Interface Guidelines and strive to create apps that adhere to these guidelines.

What Does an iOS Developer Do?

An iOS developer is responsible for designing, developing, and testing mobile applications for iOS devices. They must be proficient in coding in Objective-C and Swift and familiar with Cocoa Touch and other core technologies. Their main tasks include developing user interfaces and coding for functionalities. Additionally, they must be knowledgeable regarding the Apple Human Interface Guidelines to create visually appealing and functional user interfaces. iOS developers are to develop, maintain, and improve applications for the iOS platform. This involves everything from designing the user interface and experience to writing code for features and functionality. The developer also needs to be aware of Apple's Human Interface Guidelines and strive to create apps that adhere to these standards. Additionally, they must keep up with the latest technologies and trends as the iOS platform constantly evolves.

In general, iOS developers are expected to design, develop, and test applications for iOS devices. They should have extensive experience with Objective-C and Swift and be familiar with Cocoa Touch and other core technologies. Additionally, they must be capable of creating user interfaces with the Apple Human Interface Guidelines in mind. Moreover, an iOS developer must stay abreast of the latest technologies and trends to stay ahead of the competition.

iOS Developers are responsible for designing, developing, and testing applications on Apple's iOS operating system. They also need a good understanding of design principles and should be able to work well with UI designers, testers, and other developers.

What Tools Does an iOS Developer Use?

Developing an app for iOS requires a wide range of tools, whether for developing native apps, cross-platform hybrid apps, or web-based apps. The primary tools used by developers are Xcode, Swift, and Objective-C. Xcode is an integrated development environment that provides a graphical user interface (GUI) for creating the user interface and managing the application's resources. It also provides the tools for debugging, testing, and deploying the app. Swift is a programming language used to build iOS apps.

What Skills Are Needed to Become an iOS Developer?

Becoming an iOS developer is a challenging task. It requires a strong understanding of the iOS platform, coding fundamentals, software engineering principles, and up-to-date knowledge of the latest technologies. To become a successful iOS developer, it is essential to have a keen eye for detail, excellent problem-solving skills, and remain organized in a rapidly changing and demanding environment.

iOS Developers typically need to be skilled in the following:

What Job Roles Can You Get as an iOS Developer?

Becoming an iOS developer can be a fascinating career path because it allows individuals to work with the most cutting-edge technology available today. With the right skills and experience, iOS developers can gain access to a wide range of job roles and responsibilities. From developing customized apps for specific needs to creating fully-fledged mobile operating systems, the possibilities for an iOS developer are vast. With the growing demand for mobile applications, many companies are looking to hire talented iOS developers to help them stay ahead of their competition.

As an iOS Developer, you can pursue various job roles depending on your interests and skill set. From full-time positions developing applications for firms to freelance development work, the iOS market offers plenty of opportunities. If you're looking to specialize in particular areas, you can focus on areas like machine learning, augmented reality, or cloud services. On the other hand, if you're more interested in developing apps for individual clients, you can look for freelance opportunities.

In conclusion, iOS developers have an array of responsibilities that involve a significant amount of technical expertise, knowledge, and creativity. They are tasked with developing, testing, and maintaining mobile applications for Apple devices. They must also be able to work with other development team members and collaborate to create innovative solutions. iOS developers must possess strong problem-solving skills, attention to detail, and the ability to stay on top of the latest trends and technologies.

The position of an iOS Developer plays a crucial role in developing and maintaining successful mobile applications. An iOS Developer is responsible for creating user-friendly, functional, and innovative applications that seamlessly integrate with the iOS operating system. Additionally, they must be comfortable working with various development technologies and have an eye for detail regarding UI/UX design. Finally, a successful iOS Developer must adhere to the organization's code standards and collaborate effectively with co-workers.

If you are interested in enhancing your software development skills, we highly recommend you to check Simplilearn’s Post Graduate Program in Full Stack Web Development. This course can help you gain key development skills and make you job-ready in no time.

If you have any questions or queries, feel free to post them in the comments section below. Our team of experts will get back to you at the earliest.

1. What is the role of a junior iOS developer?

As a junior iOS developer, you will be responsible for developing and implementing app features, maintaining code, and troubleshooting existing applications.

2. What is the role of a senior iOS developer?

Senior iOS developers are responsible for designing and creating applications from start to finish. This role requires strong technical and leadership skills and an in-depth understanding of Apple's development software and programming languages.

3. What are the basics of iOS?

4. Is iOS development easy to learn?

5. Which language is used in iOS development?

Swift is an official language used in ios development.